News
Business
Movies
Sports
Cricket
Get Ahead
Money Tips
Shopping
Sign in  |  Create a Rediffmail account
Rediff.com  » News » 'This is the story of thousands of Sikh families'

'Since last year, over 50,000 Sikh farmers have been evicted from Kutch district and Narendra Modi's government has done little other than giving assurances.'

'We are today at a point where Sikhs continue to move out of the country in large numbers and nobody is ready to address the real concerns of Sikhs.' 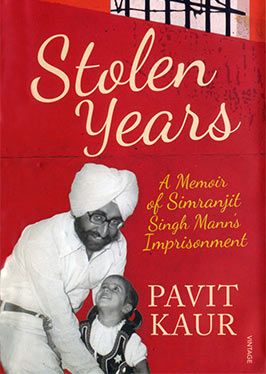 Simranjit Singh Mann's life took a different turn when he resigned from the Indian Police Service in 1984 in protest against Operation Bluestar, which was ordered by then prime minister Indira Gandhi to clear Sikh militants from the Golden Temple.

Mann was charged, among other things, with conspiracy to assassinate Indira Gandhi. He went underground and was arrested while trying to flee the country and spent five years in prison. All charges were dropped against him later. He has been arrested or detained around 30 times since, but he has never been convicted.

His daughter Pavit Kaur has just published a book, Stolen Years: A Memoir of Simranjit Singh Mann's Imprisonment (Random House India, Rs 399), which narrates her father's journey from imprisonment to his election to Parliament.

The Shiromani Akali Dal (Mann) leader tells Upasna Pandey that his daughter's book tells "the honest story of a family, which like thousands of Sikh families at the time, underwent trauma, agony and pain, for having their loved ones behind bars."

What are your thoughts on your daughter's book?

My daughter Pavit started working on this memoir when she was 15, 16 years old.

She has put together the details of my repeated imprisonment, the trauma and agony faced by her and the family on account of being related to me, during the Operation Bluestar period.

This is the story of thousands of Sikh families who faced harassment, were picked up on fabricated charges during that time, simply because one person of the family was arrested by the government.

The Bible says 'You shall reap as you shall sow.'

I believe Jarnail Singh Bhinderwale gave the Indian government a lot of time to take proper action to address the concerns of Sikhs, but the response came in the form of Operation Bluestar, and since then the community has been reduced to a state of total surrender. Shots have been fired from both the sides.

We are today at a point where Sikhs continue to move out of the country in large numbers and nobody is ready to address the real concerns of Sikhs. So much has not changed in the last 30 years.

Since last year, over 50,000 Sikh farmers have been evicted from Kutch district and Narendra Modi's government has not done little other than giving assurances.

None of the police officials responsible for atrocities during the Operation Bluestar period have been brought to justice till date. There has been no genuine attempt made for a dialogue on the concerns of Sikhs by any political party.

What issues are the Sikhs facing today?

We want the human rights and liberties of the Sikh community to be restored in Punjab. We also want all those responsible for atrocities in Operation Bluestar to be brought to justice. The law of the land must take its course.

What are your expectations from the Modi government at the Centre and the political parties in Punjab?

The scenario is not quite encouraging in India and around the world as well.

Look at the world scenario, on one hand the United States and NATO are collaborating to fight Islamic terror outfits, and on the other they are welcoming our prime minister who has been embroiled in the State-sponsored acts of terror in Gujarat.

So the message is not strong and clear. I believe the scenario in Iraq could have been different had there been sincere efforts to put a stable elected government in place.

In India, we don't have much hope either. It is a dismal scenario at the Centre with Parliament weakened by the rule of the BJP's majority government, there is no rule of law, no natural justice and no separation of power.

The political parties in Punjab are also not playing any role and there is little hope of a sincere dialogue and progress on Sikh issues.

Upasna Pandey
Related News: Bluestar, Indira Gandhi, Narendra Modi, Random House India, NATO
Print this article
'There is a limit to how much a country can take'
'Bluestar was most traumatic, most painful'
'The stench of death was overpowering' 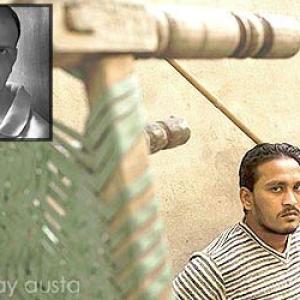