'At one of the UK's best known museums, one of our greatest sculptures had been placed next to a public toilet.'
'This perception that art antiquities are better looked after in the West is one created by the cultural elite of our country.' 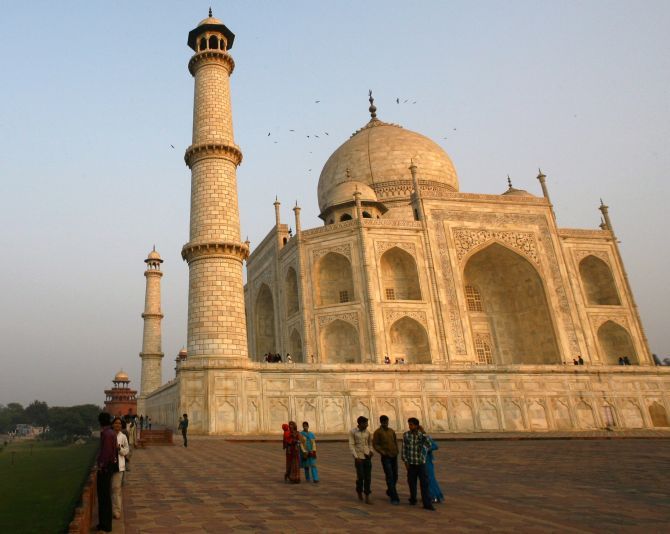 As director general of the Archaeological Survey of India he launched several initiatives to restore India's ancient monuments.

In a candid interview, Dr Sengupta tells Rashme Sehgal how India's archaeological and historical inheritance needs to be preserved and maintained and also made accessible to the millions who are deprived of its grandeur.

Why has the government failed to consistently press for the return of rare Indian antiquities including the Kohinoor diamond?

I am unfamiliar with the history of the Kohinoor or about the claims and counter claims made on this diamond.

But there is a part of our very important patrimony has been across different museums in the West and in other parts of the world.

As Indians, we have a legitimate claim on this patrimony. There are international rules and conventions which govern the movement of these goods and how they reached outside the country.

It is very important to understand these laws. As a signatory to the UNESCO convention, we cannot claim objects that travelled outside India in pre-Independence days.

But as Indians, we have a moral and ethical stand on this matter. These objects are part of our heritage and they belong to us.

Do you agree with some art historians who believe that such Indian antiquities should remain in foreign museums that, according to them, provide better upkeep of these aretfacts?

This is a matter of perception. I do not think they are better looked after in museums outside the country. In 1995 I had an opportunity to visit one of the UK's best known museums. One of our greatest sculptures had been placed next to a public toilet. Not all Western museums are extraordinarily sensitive to Indian objects. Foreign museums may have better maintenance technology, but that is not the last word on all our problems.

The most important consideration is the context in which an art object has been created. The more remote the art object is from its original context, the more it loses its relevance.

When you enter a temple in southern India, the images are placed in a dimly lit interior. But that is so within a context; they represent a life cycle.

Rites and rituals are performed, songs are sung, prasad is distributed, everything forms a context for the image. When this (antiquity) is lifted out of this context, then the art work gets stripped of its larger relevance.

A better equipped museum adds to a visitor's sense of excitement, but a discerning visitor realises that when a piece of antiquity has been lifted from its original context, you tend to commodify it.

This perception that art antiquities are better looked after in the West is one created by the cultural elite of our country. Some bureaucrats and members of the political class think that museums in Europe and the US set high standards.

Has the Archaeological Survey of India prepared any kind of list on the outflow of Indian art treasures that have been taken away in an illegal manner?

The ASI has catalogued 5,000 nationally protected sites under its care. We do due diligence to ensure that the outflow of our treasures remains controlled.

The Antiquities and Art Treasure Act 1972 was to have been amended and updated. Has that been done and, if so, how effective has the amended Act proved?

Since its inception, it has been said that this Act needs to be revisited. In 2010, we had formed a committee chaired by the distinguished art historian Professor R N Mishra. The committee came up with a set or recommendations.

Some of the collectors who were members of the committee, and who had the tacit approval of the political class, spoke about how increasing investment in modern and contemporary art was not matched by India's older artefacts.

The ASI had a different approach. We pointed out that ancient art objects were non-replicable. One should not compare modern Indian art with the market for ancient Indian art.

We are opposed to the movement of antiquities. We maintained there should be a registration of all antiquities to which one of the participants said that, 'ASI was creating a Kafkaesque regime.'

The report was submitted, but it did not find acceptance. A new committee has been set up in which, very strangely, the ASI has not been given representation.

What steps can to be taken to counter the problems of urbanisation, mass encroachment and vandalism that seem to threaten many heritage sites across the country?

Several ASI monuments are indeed under a serious threat. The rapidity with which structures are coming up around our monuments is a matter of concern.

Unless this becomes a matter of concern for our politicians and leaders, no amount of intervention from the ASI can help.

The issue of forcible acquisition of land, going to court, the issue of claims and counter claims are all areas which no government organisation can handle by itself. We need a more genuine concern from people that our monuments must be saved.

The ASI requires a very large army of archaeologists, restorers, carpenters, conservationists who all work together on our ancient monuments in a committed manner. The ASI's future depends on how effectively we train young graduates into professionals.

At present we are giving 8,000 students a pittance of a stipend of Rs 1,500 a month. This will hardly attract the best talent.

You headed the ASI for many years. What kind of interventions did you introduce during your tenure?

We tried to train manpower through a series of workshops. Several monuments during my tenure were given World Heritage Status.

We formulated a National Conservation Policy which will look at what extent to which we can conserve monuments because there is a thin line between conservation and restoration.

A larger framework was prepared during my tenure which I understand has been adopted by the government.

How much does the running of our cultural institutes by bureaucrats hamper its functioning?

I have observed that there is a sense of contempt towards professionals. It is as though the government believes they can do without professionals.

In India, the scientific community is given a great deal of respect and that gives them a great of leverage.

But when it comes to institutions like ASI, the government believes any one can run it without any professional input.

Why does the ASI give the impression of being a stodgy, out-of-date, institution which is out of sync with modern times?

Institutes do not evolve logically; they function in bits and starts, from external stimuli. The ministry of culture has control over everything. They can dictate the terms. Unless there is a change of outlook, the problem will persist.

What steps should be taken to make the ASI a more engaging institution?

There is a perception that has been created by people who think that organisations like ASI have outlived their utility. The government believes the work of the ASI can be done by some NGO-like organisation run by people who are close to politicians.

A lack of interest from the government is sometimes a good sign. It allows professionals to be left alone and allowed to perform.

We have a new dispensation in power today. Let us see their approach. 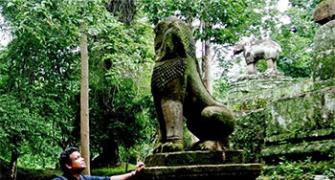 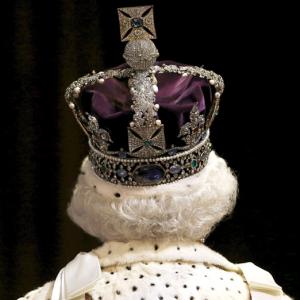