'SC judgment is neither novel nor landmark' 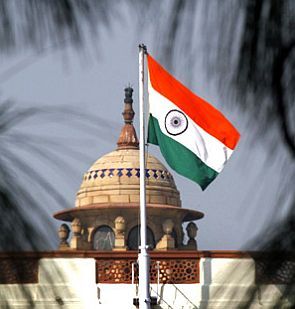 Former chief information commissioner Satyananda Mishra says the Supreme Court order to frame guidelines for civil servants to insulate them from political interference is a mere elaboration of reports of committees constituted by the central government.

In an interview with Akshat Kaushal, Mishra says there is nothing in the order that will make a great difference to the existing situation.

The Supreme Court has recently ordered the government to frame guidelines for civil servants to insulate them from political interference. How significant is the judgment?

This judgment is just an elaboration of various reports of committees constituted by the central governments such as the Hota Commission, the Santhanam committee and the Second Administrative Reforms Commission. The judgment acknowledges these reports. These reports have been lying with the government, without any action being initiated on them. The court has specially noted three issues - constitution of a Civil Services Board (CSB), fixed tenure for civil servants and prohibiting action on verbal orders. These three suggestions have been debated in the past, but the government has not acted.

But if you go through the order, there is nothing in it which will make a great difference to the existing situation. The petitioners wanted the court to ensure that the civil servants are insulated from the political executive because the assumption is that the political executive irresponsibly uses transfers to compel civil servants to fall in line. However, the court has simply asked the states to frame a provision that ensures a fixed tenure. The Court has not taken the power of transfer away from the politicians. Rather, in its judgment, the court has admitted that the preeminence of the political executive cannot be taken away in matters relating to transfers and postings. Shifting officers is an administrative decision and cannot be rigid, because what will you do if the officer does not perform?

You don't see it as a landmark judgment.

This order is neither novel nor landmark. It just repeats the recommendations of various committees. The order says the government should frame guidelines in three months, but what guidelines have to be framed is not elaborated.

In court, nearly half the states have said they have a framework of fixed tenure. Then how are officers transferred prematurely?

Nearly every state comes out with a transfer policy every year. The bottom line is that no one will be transferred before the completion of 2-3 years, which varies from one state to another. But, despite these policies, when the transfer season comes, most officers get transferred. They don't always get transferred on the whims of the political executive, sometimes the officers themselves engineer their transfers. For instance, the home ministry and defence ministry are never the first choice of officers because of the nature of work there, which is time-consuming and hard. By contrast, the commerce ministry is preferred because officers get the opportunity to travel abroad.

But then why have a non-functional transfer policy or even a CSB? Uttar Pradesh says it has a CSB since 2001, but you have had examples of officers being shunted overnight.

The CSB is not superior to

the government. Even after the SC judgment, a CSB will continue to be a subordinate to the government. The petitioners had desired that the CSB be constituted of retired officers and be independent of the government. But the court has not accepted this provision. Therefore, if the government wants to transfer people, then how can the CSB refuse?

What is the safeguard then for honest officers?

There is no such safeguard. But there is also a problem of perception. It is in the interest of politicians to give officers a fixed tenure, so, that they can deliver, because if they deliver, the credit goes to the government. But politicians don't do it because, unfortunately, many of the jobs are perceived as instruments to be used for illegal gain that can be used to extract favours. So, if a minister is in suicidal mode, then nobody can help and it is the people who will punish him. This is the assumption on which we have formed our democratic system. Even after this Supreme Court judgment, there is nothing that will stop an officer from being transferred from one place to another.

Do you think ensuring too much political insulation for civil servants is also not a solution?

Since our Independence, probably just a dozen officers have been dismissed. Should we then conclude that the officers are doing such good work that there is no room for dismissal? Obviously not, it is because our systems are so complicated that an officer gets punished rarely. What is needed is to revamp the process of disciplinary proceedings against officers.

A substantial portion of civil servants are state government employees. Doesn't the order ignore them?

I don't recall in my 36 years of service that I have been given an oral order, by my ministers or senior officers, on any substantive matter. Nobody can prevent or stop officers from discussing matters with anyone they want. But what they write on paper is the final thing.

You've talked about the many processes that protect civil servants, but what about the retired officers? Are they an easy target?

There is a very serious concern. As a DoPT secretary, we had proposed an amendment to the Central Vigilance Commission Act that a retired civil servant should not be prosecuted without the government's prior permission. Take the case of a former coal secretary against whom a criminal case has been initiated years after he took a decision. He is living on a pension, where will he get the money to hire a lawyer? In case of a serving officer, the legal assistance is provided by the government. Then why not for a retired officer?

Are officers who are about to retire not taking decisions?

It is a fact that officers, in an attempt to avoid any risks, go to the other extreme. So, if a company is involved and a fine is to be imposed, they will impose the maximum possible fine. But this way we are forcing people to go to court because officers are taking maximalist positions.
Source: 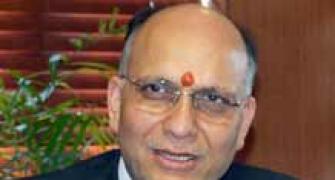 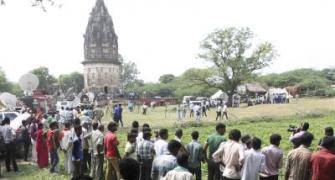 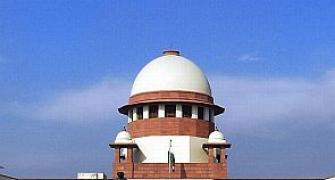 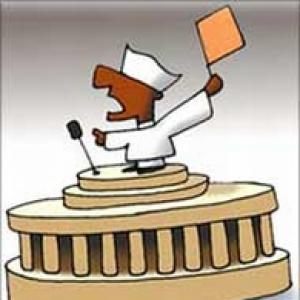 Indian politicians are NOT sharks preying upon helpless babus 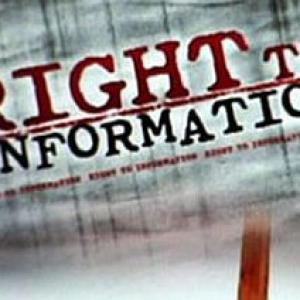