News
Business
Movies
Sports
Cricket
Get Ahead
Money Tips
Shopping
Sign in  |  Create a Rediffmail account
Rediff.com  » News » 'We need an intelligence czar in the country'

'We need an intelligence czar in the country'

When 26/11 happened, IPS officer Anil Chowdhry was senior advisor in the National Technical Research Organisation after his retirement in 2005.

In his long career Chowdhry has served in the Intelligence Bureau as special director before moving on. He has a vast experience in counter-terrorism in Jammu & Kashmir and the north-east.

Part I: The inside story of squabble between RAW and NTRO

In this final part of a two-part exclusive interview to rediff.com's Sheela Bhatt, Chowdhry gives an insight into why NTRO, which reports to the Prime Minister's Office, failed to come up to expectations. He also suggests how India could tighten its security apparatus.

After 26/11 while speaking from public platforms Prime Minister Manmohan Singh and Home Minister P Chidambaram have said many times that they would like to strengthen NTRO. But why is it lagging behind? Why is there a lack of urgency in the matter?

After 26/11, we were told that government has come out of its inertia on the issue of national security. Then why has the NTRO failed?

We needed to attract the best scientific and technological talent that has a global edge. You have to compete globally. The NTRO has not been able to attract the right people for various reasons.

Is it due lack of funds?

Is it due to the lack of scientific mindset within the intelligence establishment?

Hmmmno. The issue is not about the intelligence establishment. The NTRO is a scientific and technical organisation which is supposed to generate intelligence; the product here is not a missile, not a boat, not an aircraft. Here the product is intelligence. It requires the flow, the regular ongoing flow, of intelligence which is fashionable and actionable.

Sir what is the status now? How is it working? The institution is in which stage today?

As I mentioned to you few things are happening. In 2009, the work on satellite imagery was good stuff. We did a good job, really. We got lots of appreciation for what we were providing. That is the area where NTRO has been productive. In some other areas it has not lived upto its expectations.

One of the technical areas where the NTRO was given the major role was in cryptology (the science of secure communications). Decryption (process of converting the cipher into plain text) and encryption (process of converting the plain text into a cipher) is a very difficult and highly specialised job. You don't find people with the combination of qualification and experience in this area. There are few people around doing the job.

Basically, the best mathematical brains in the country can be groomed to do it. The US has been able to tap such brains because they do talent spotting in universities; they mark the best mathematical brains among the students and get them to the office of the national intelligence. They groom them and they pay them very well. They have developed the technology and have the first rate ability to make and break codes.

Which is India's weakest link in technical intelligence?

What is government doing to make up for it?

I don't know. I am sure they are doing something.

How do you see the role of NTRO in the coming days?

I do hope that the NTRO will be allowed to fulfill the role it was created for.

My view is that the IB needs to concentrate on counter-terrorism. The IB's technical intelligence capacity needs to be built up a lot more. There is an opportunity for all intelligence organisations like the IB, RAW and NTRO to put their all ideas before the committee headed by eminent bureaucrat turned diplomat Naresh Chandra. The committee is known as the Task Force on National Security. It's looking into external and internal security.

What are the major issues you will like to put forward to make the NTRO a robust institution?

I don't know what's it is worth but I think, there has to be the meeting point of all the intelligence agencies. The solution lies in having the apex body which should have effective control over all organisations. The person who is heading the apex body should call the shots. All the heads of agencies should report to him. That has not been happening, unfortunately.

Right now, the RAW doesn't report to the home ministry. It reports to the PMO. The IB reports to the home ministry. The National Security Advisor Shiv Shankar Menon doesn't oversee the IB. He can access the reports of the IB. But he doesn't effectively control or command the IB, today. You can't expect the prime minister giving direction on an on-going basis to any agency. We need the interaction point. We need an intelligence czar in the country. He should oversee all the intelligence agencies. 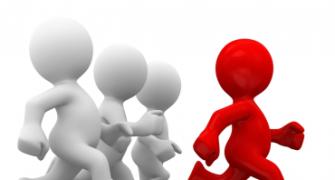 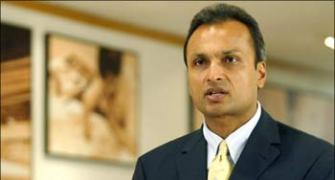 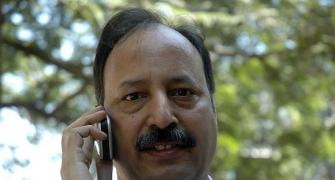 'Right-wing angle into Karkare's death must be probed' 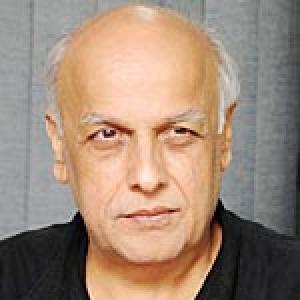