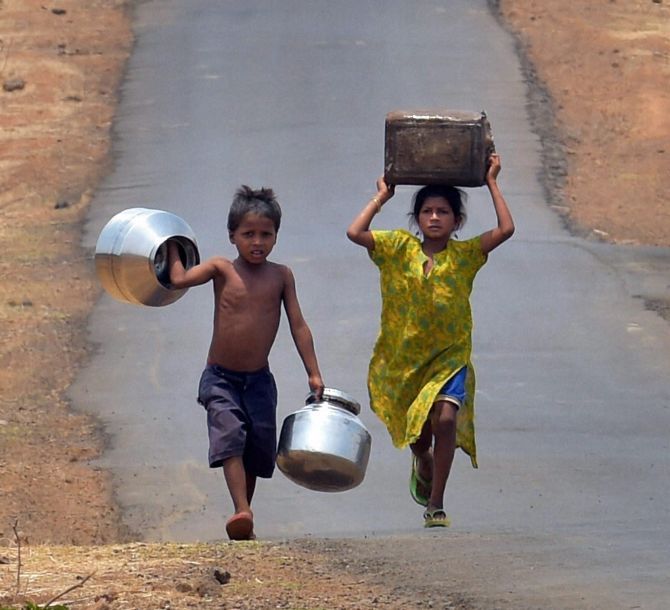 'There is no food to eat and water to drink and people are migrating in hordes.'
'Chief Minister Fadnavis must shift his base to Marathwada.'
'If you do not help during a drought, then when will you help?'

When the Narendra Modi wave swept across Maharashtra in May 2014, Rajeev Shankarrao Satav defied the odds and won the Lok Sabha election from Hingoli, one of only two Congress MPs to win from the state, the other being former chief minister Ashok Chavan from Nanded.

Satav, below, left, is currently highlighting the drought in his constituency and Marathwada in Parliament. The 42-year-old MP, who has demanded that Prime Minister Narendra Modi visit the drought-affected areas in Maharashtra, spoke to Syed Firdaus Ashraf/Rediff.com

Why do you want the prime minister to visit the drought-affected areas in Marathwada?

For the last four years Maharashtra is facing a drought. This year's drought has been the worst.

If Modi visits these areas it will send a message that he cares for the drought-affected people.

In Parliament, questions about the drought are replied to by the agriculture minister (Radha Mohan Singh) who does not have any power. Nobody follows his instructions on the ground.

The National Disaster Relief Fund comes under the home ministry and if you want to procure food then it is related to the food ministry. Some issues (regarding the drought) are related to the finance ministry.

Last year farmers got some help from the central government, but they have not got it this year. Is that correct?

Last year they got only 50 per cent of what was promised.

Most importantly, Modi travels everywhere in the world, but not to Marathwada.

In Marathwada, except Ashok Chavan and me who visit the region, no Member of Parliament from the Shiv Sena or BJP (Bharatiya Janata Party) is visiting (Marathwada).

How many times has Modi visited Marathwada to know about the problems of farmers?

Two years ago Modi had come to Marathwada and Vidarbha for Chai Pe Charcha. Some of the farmers who participated in that Chai Pe Charcha have committed suicide.

The state government in Maharashtra has failed very badly to tackle the drought situation. I did not demand the prime minister's visit alone, but also for a loan waiver to the farmers.

What is the situation in your constituency, Hingoli, which is in Marathwada?

In my constituency, 35 per cent of the people have migrated to other parts of the state. This is the situation in every constituency of Marathwada.

There is no food to eat and water to drink and people are migrating in hordes.

Why don't you speak to the state government and highlight this issue?

I have conducted meetings with ministers and also with collectors in my individual capacity, but unless the government forces the administration things will not move. This is not the case of Hingoli alone, but all the districts of Marathwada.

In 1972, when there was a famine in Maharashtra, then Congress chief minister Vasantrao Naik himself went and checked on the EGS (Employment Guarantee Scheme, an earlier incarnation of MNREGA).

Naik used to be in the field. If you recall during the Killari earthquake in 1993 in Maharashtra, then chief minister Sharad Pawar was in the field within 12 hours.

I am surprised to see these (BJP-Shiv Sena) ministers travelling only for 6 to 8 hours to the drought areas and leaving the place.

I feel every minister must sit in the headquarters of the drought-affected areas, but that is not happening. 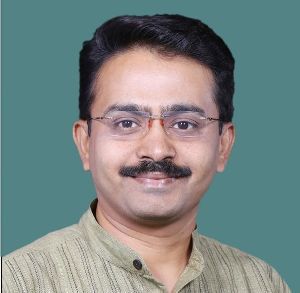 Why do you think BJP-Shiv Sena ministers are unable to connect with rural issues in Maharashtra?

It is a very city-centric government. They do not know the problems of the rural areas in Maharashtra.

I feel Chief Minister Devendra Fadnavis must shift his base to Marathwada in such times.

If you do not help during a drought, then when will you help?

Where has the Maharashtra government failed?

Six months ago we knew this situation would come. We all spoke about the coming water crisis, but they (the BJP-Shiv Sena government) were just not interested in doing any execution.

In an earlier interview you said the Modi government is arrogant. Why did you say so?

There is such a big crisis in Maharashtra and there is not a single tweet by Modi on the issue. Nobody is thinking about the basic issues of life.

Do you feel the Modi government is arrogant in its attitude?

Yes, they (the Modi government) are absolutely arrogant.

What about the Maharashtra government's Jal Shivir programme?

There were no rains, so you tell me how will they conserve water? There is no food to eat and no way to survive.

What they are doing is building water reservoirs. Some water can be collected, but that will not solve the water crisis.

How many people are affected by the drought in Maharashtra?

4 crore (40 million) people are affected by the drought. The prime minister does not speak of visiting Marathwada. In Parliament, BJP leaders like Venkaiah Naidu and Rajnath Singh just listen to me, but do not get up to talk about this issue.

Other MPs from other parties too have spoken about this issue, but nobody discussed it in Parliament.

What do you think is going on in the government's mind about the drought situation in the country?

This (Modi government) is not a rural-centric government, but an urban-centric one. This is their problem. They have no idea about farming issues.

Elected representatives don't know what the problem is, so how will they address the issue (drought)? 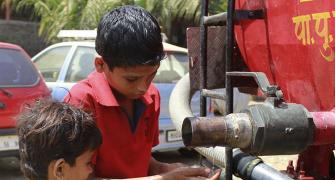 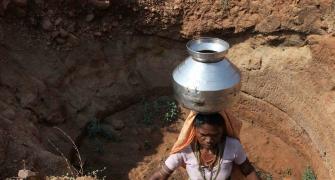 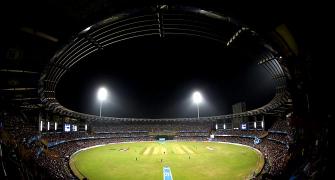 Will the IPL verdict solve our drought problem?