'Article 370 was included very surreptitiously in the Indian Constitution'

'You are keeping away your own women away from their property' 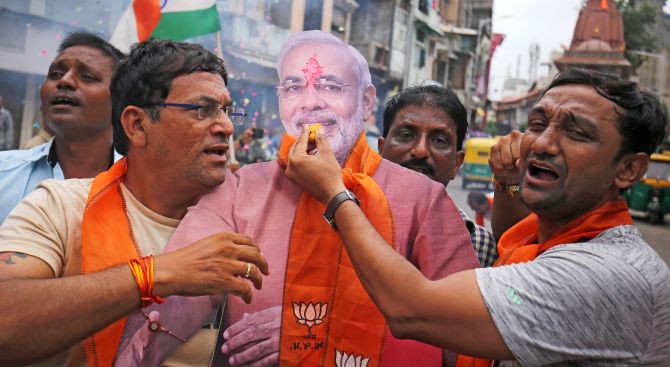 In August 2017, Charu Wali Khanna, lawyer and former member of the National Commission for Women, had filed a petition against Article 35A in the Supreme Court after the Jammu and Kashmir government refused to identify her as a permanent resident because she didn’t have any documentary evidence to prove her claim.

She challenged Article 35A on the grounds of “blatant gender discrimination”.

Article 35A of the Indian Constitution, which was incorporated in Article 370, restricts the right to property of Kashmiri women on marrying a man not holding a permanent residency certificate in J&K.

On Monday she was beaming after the Narendra Modi-led government abolished Article 370 that gives special status to Jammu and Kashmir and moved a separate bill to bifurcate the state into two separate Union territories of Jammu and Kashmir, and Ladakh.

In an interview to Syed Firdaus Ashraf/Rediff.com, Wali Khanna says, "This move will strengthen the unity of the country, which is the requirement of the hour."

You were the first person in Jammu-Kashmir to move against Article 35A of  the Indian Constitution in the Supreme Court and now the Modi government has scrapped Article 370. How do you feel about this decision?

I am very happy, but I want things to be clearer by evening (as I have not read the details). By scrapping Article 370, a historic wrong has been undone. It shows a lot of determination on the part of this government to go ahead and opt for the development of the nation.

This move will strengthen the unity of the country, which is the requirement of the hour.

Did you expect this decision from the government?

The Modi government has undone a historic wrong on Article 370.

When did you first feel that Article 370 was wrong for India?

I always had this feeling. If you look back at history, Article 370 was included very surreptitiously in the Indian Constitution. It was said to be temporary and how did they make it permanent?

This shows how so many governments came and went but nobody was interested in scrapping Article 370. They were not interested in strengthening the unity of the country. And there were so many different political parties who tried to divide the country on the basis of religion.

Almost for decades State-sponsored genocide (of Kashmiri Pandits) was going on in Kashmir and no government took any action. I am glad this is being done.

Now do you feel people like you will go and buy homes in J&K?

It will not happen so soon. Let things settle down. Immediately people will not go and buy homes in J&K. There is a process involved. There has to be land available and there are land (title) papers that need to be clear.

On a lighter note, I feel I will get offers now from people saying, Charuji aayiye mera ghar kharidiye J&K mein (Charuji, come and buy my house in J&K).

When did you feel that you must move the apex court against Article 35A?

My family had migrated from Kashmir two generations ago but we had a family house there. But the way things started getting bad was very sad. I last went to Kashmir 10 years ago with much pride; I had taken my husband to that place.

I have settled down in Delhi, but there is so much pollution and when you are relatively well settled you want to have a second home where you can go for a holiday and relax. My husband then said he wanted to go to the hills and then he told me why not Kashmir.

And then I came to know that as I had married a non-Kashmiri, I would not be able to buy a house. I could not believe that. I tried for two years and nobody supported me. I then tried to find out from other people the solution for my problem.

So who did you meet?

I met a lot of Kashmiri Pandit women who were married to non-Kashmiris. I then found out about unmarried women who bought properties in Kashmir from their own hard-earned money and bought orchards. Later on in life they moved out of Kashmir to stay in places like Delhi and Mumbai. And in those cities they married non-Kashmiris and in that process they lost their properties. Their families too could not inherit their property.

I wanted many such girls to come with me and fight against this unjust law but nobody came with me because there was fear psychosis of separatists. And political parties which are dynast-ruled. Therefore, today they are under house arrest. I then got my cousin, who is a widow, who too is from Kashmir and is a doctor and filed the petition in court and the rest is history.

Now do you feel both of you can buy houses immediately?

There is always a security issue involved. I think the government has moved very wisely. They have alerted security forces and they do not want loss of life. All this has been done in a well-planned and wise way. Article 35A is illegal and the President of India could withdraw it anytime as it was inserted. This order could have been withdrawn any day. Withdrawing it is easy but the repercussions have to be kept in mind.

Many Kashmiris say that scrapping of Article 370 is like breaking the bridge of Kashmir to the rest of the country.

This statement is coming from those who are ruling through generations. They are dynasts. They encouraged this kind of negative forces by telling them and by paying them that they need to keep Kashmir insecure forever. You are keeping your own women away from their property. And if they do that, they are not building a bridge with the women of their own family then what bridge are they talking about?

Just like 99 per cent of India’s state gave nod to accession to Indian Union, Kashmir too signed the same accession after the British left. No wordings were changed for Raja Hari Singh of J&K who signed accession papers to India.

It is said that 35A was brought in by Maharaja Hari Singh.

It was brought in 1954 and not by Hari Singh. It just referred back to Hari Singh’s time when he ruled J&K in 1920s. Today, you are united India and a federation of states. If there is a problem in any state will you go back to 1920s to make illegal things legal?

We are a new India and we are based on principality of secularism and equality. What happened prior to 1947 is history. You cannot bring an act which justifies something that happened in the 1920s. The situation was different then. 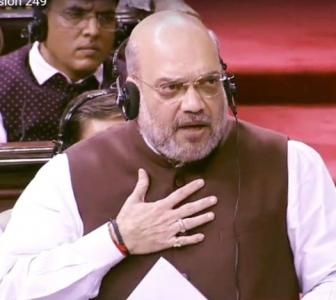 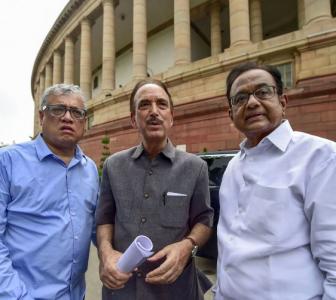 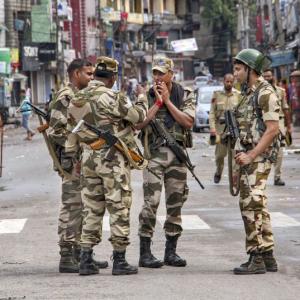