News
Business
Movies
Sports
Cricket
Get Ahead
Money Tips
Shopping
Sign in  |  Create a Rediffmail account
Rediff.com  » News » 'It was my duty to save that man'

'The couple was not doing anything wrong and they have the right to sit wherever they want.'
'All that was going through my mind was that I had to do my Constitutional duty of saving this man.' 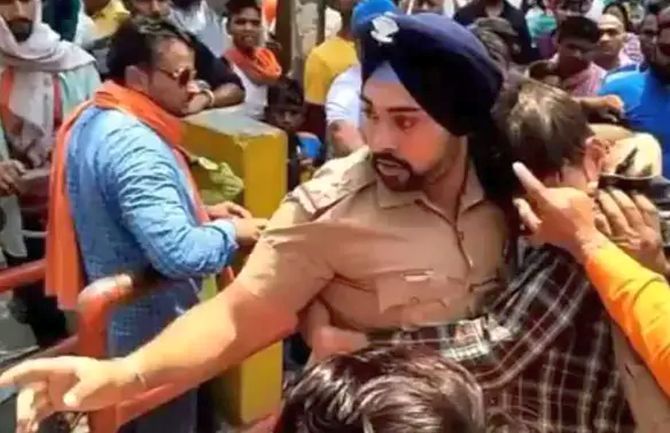 IMAGE: A screengrab from the video showing Sub-Inspector Gagandeep Singh using himself as a shield to protect a Muslim man from the irate mob. Photograph: Kind courtesy YouTube

Amid the vitriol and hatred that is shared on social media, there was a single, simple, story that made everyone smile on Friday.

A video of a Sikh police officer saving a Muslim youth from being attacked by an angry mob in Uttarakhand's Ramnagar district on Tuesday, May 22, has gone viral (external link).

The incident occurred near the Garjiya Devi temple in an isolated area.

The video shows, a young Sikh police officer -- now identified as Sub-Inspector Gagandeep Singh -- using his body to shield the young man from the crowd trying to assault him.

The incident, which was caught on camera, was quickly shared on social media, where people hailed Singh for his heroic act.

Speaking to Rediff.com/Syed Firdaus Ashraf, Singh says, "I have learnt from Guru Nanakji that we all must live in harmony and brotherhood and have concern for others."

Here is what happened in his own words:

"I was on duty on May 22 when I witnessed a ruckus near the temple premises.

A mob had caught hold of a couple. When I reached the spot, the mob were beating up the man.

I inquired with people in the mob what the problem was and that's when I was told that the boy was Muslim and the girl with him a Hindu.

They were viciously beating him up. I just grabbed him and held him close to him.

I simply wanted to ensure that no one could hurt him anymore and he was safe.

The mob was out of control; if you saw the video, you could see that it was very difficult for me to remove the man from the situation.

All the drama began when the couple was found by the mob sitting near the Ganga river.

It is usual to see couples sitting there, but unfortunately for this couple, there was a mela taking place, which resulted in the large crowds.

I don't know what the couple was doing when the mob caught hold of them. I quickly flung into action when I noticed the chaos and saw that a crowd had congregated.

At that point of time, I wasn't afraid of the mob.

All that was going through my mind was that I had to do my Constitutional duty of saving this man.

People say I was brave, but I was simply doing my duty.

At that moment, only one thing was racing through my mind and that was no innocent should die because of this mob outrage.

I believe the Constitution of India says that no one has the right to hurt another person.

The couple was not doing anything wrong and they have the right to sit wherever they want and nobody should raise an objection.

I have learnt all these things in law and while doing my police training.

It was my duty to save that Muslim man.

As much I could do, I did my best.

Right now, I have come to know that the superintendent of police has ordered that I be given an award of Rs 2,500.

On that day, no one was arrested as there was no complaint lodged by anyone. Today, an FIR has been lodged in the case.

I feel the message that goes out by what I have done is that we should not spread hatred in society and no one has the right to put any prohibition on another individual.

Our Constitution has given the right to all that they have the freedom to sit anywhere and no one must raise an objection to it till the time they are not doing anything illegal.

I have learnt from Guru Nanakji that we all must live in harmony and brotherhood and have concern for others.

This was taught to me by my family and this is my culture.

We should care for every living being -- be it a bird, animal or human beings." 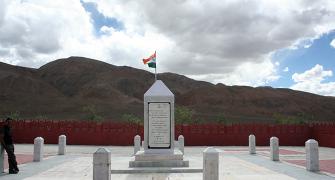 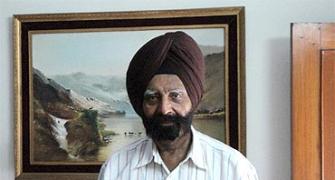 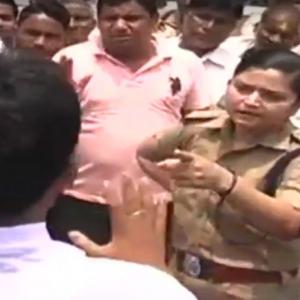 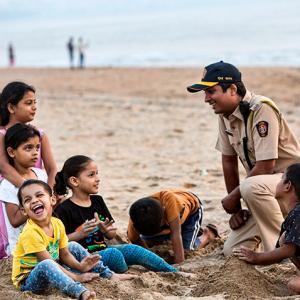