News
Business
Movies
Sports
Cricket
Get Ahead
Money Tips
Shopping
Sign in  |  Create a Rediffmail account
Rediff.com  » News » 'It is as if secular means not to speak about religion' Dr B Ashok, IAS, is the vice-chancellor of the Kerala Veterinary and AnimalSciencesUniversity. After his graduation in veterinary science and further research in biotechnology, he did various postgraduate programmes in London, Turin and Duke Universities.

He is also known to speak his mind in the articles he writes for various newspapers. When Narendra Modi was invited to speak at the Sivagiri Mutt in Kerala, many spoke against the invitation but Dr Ashok wrote an article supporting the decision and questioning the critics. It was reported that this angered (external link) the United Democratic Front government in Kerala so much that they wanted to suspend him but the officer says nobody from the government questioned him about the article.

In this interview with rediff.com’s Shobha Warrier, he talks about why he wrote such an article.

Why did you decide to write the article?

I write on many issues that affect me. What is the point in living unless you engage with the topics of your times? The right to comment on an event that affects you and which is part of your faith system, is part and parcel of every human being. Why should there be such hue and cry about this?

Did you expect this kind of criticism and attention to your article when you wrote it?

Not really. Even now, I don't see any ground to curtail my expression.

I have been educated a couple of years in Europe and also in North American universities though the bulk of my education was here. One of the main differences I have observed there is, higher education is a very liberated concept in the West. The first rule is that you speak your mind.

According to the Indian Constitution, freedom of expression can be curtailed only on three cardinal grounds; security of the state, public order and relations with foreign nations. If you are not touching any of them, an Indian citizen is free to air his views.

This is my 16th year in service and I honestly feel that we should review a citizen's right to express himself.

Once the controversy broke out, I mailed the article to leading lawyers in the country and I was told by all that nowhere it hurts or attacks the constitution or the state policy or state action.

Are you a supporter of Narendra Modi?

I have nothing to do with Modi or his politics. I am a devotee of the Sree Narayana movement as well as the Sivagiri Mutt.

The mutt usually has the Dharmameemamsa Parishad that looks at the broad philosophical questions of the guru. And the mutt invites people from diverse fields and all hues of politics, to speak there. I was also an invited speaker on the second day as I am interested in the philosophy.

My question in the article was whether the mutt can invite a speaker of its choice.

But your article was mainly about Narendra Modi and justifying the mutt's decision to invite him as many people criticised the mutt at that time...

Modi's arrival was criticised, as according to some, he had a questionable political past due to some violence. My argument was that if you look at political violence closely, it is engaged in by many political people in pursuit of political goals. Many well intentioned individuals while in office, violence of political or religious connotation has happened. That need not be with approval or complicity of the individual at the top.

After saying 2002 riots in Gujarat were avoidable, you wrote that such genocidal riots happened in 1984 after Indira Gandhi's death…

My simple point was that political violence -- let us not even say riots, and every riot has a political objective -- has happened across various regimes and periodically. So, if you hold the then regime and political functionary of the time to be responsible, I would say it is a very broad brush stroke to use. My point is, you cannot overlook the judicial process and our own judgement.

Why do you think there was so much criticism by both the political groups in Kerala? The LDF called it a black day in Kerala politics...

There are several interpretations. Political parties can have an opinion and there is nothing wrong to have an opinion. But deciding for the mutt is a different issue. If a party says, you can only invite with my approval, possibly that is crossing the line.

Over the years, so many political personalities from the chief ministers to prime ministers to people like Tagore have spoken at the mutt. I don't think anything has changed in Kerala because Modi spoke there.

Did anybody associated with the mutt expect this kind of national attention by inviting Modi?

Yes, there was national attention but they didn't plan for it. The Dharmameemamsa Parishad has been held for the last 50 years and it was never known beyond the district of Thiruvananthapuram. Now it is probably known all over the world!

You also wrote that Modi was elected by all the people of Gujarat...

What I meant was a chief minister is the representative of all the people of that particular state.

When Modi announced his visit to Kerala, the state government accorded him the protocol. It cannot be otherwise. It is not the question of A or B or C; he is a visiting chief minister. End of the matter. His political hue is not an issue. Where am I at fault here?

You wrote that Modi was being attacked as he was from the backward community...

It was only a suggestion. The fact is, some of the criticism which came from all quarters pointed that way. When asked why the mutt chose to invite Modi from among so many chief ministers in the country, one of the organisers of the mutt told me that it had a universal vision and it was for the development of the backward classes, and that was what the guru stood for. That was one of the reasons why the mutt zeroed down on Modi.

So, I asked, has the criticism anything to do with him being not from the privileged community?

Now that Modi has gained so much prominence in Indian politics, do you really feel he is being attacked because he is from a backward community?

It could be a very vague possibility. In my opinion, from the little I read in the papers, I don't really know whether that is the single largest reason. It could be an implicit reservation but I have not come across anybody close to him stating it aloud. I have also not come across Modi commenting on it.

If you study the rise of the backward classes, you will see that state politics has, of late been dominated by politicians from the backward classes. But if you look at the glass ceiling of national politics, it is either a struggle amongst them to be the front runner or there are constraints being imposed. The transition is yet to happen in national politics. Whether it is a glass ceiling is an academic question

The general opinion is that if an election is held on social media, Modi will emerge as the leader. Do you feel the two Indias, one emerging on the social media and the other India in the rural areas are totally different?

There is a large India outside the social media, for sure. At the end of the day, the larger India is going to have its say.

Who is active on the social media? Essentially the new India empowered with technology. They are very foot-sure; they are either pro or anti. It cannot be discounted that this intellectually alert and alive India, has an effect on the opinion in the entire country. Nobody can ignore what is going on in the social media; you can ignore it only at your peril.

Do you sometimes feel constrained, being not able to express yourself freely about what is happening in the country, as a civil servant?

Sometimes, yes. Not that it is trifling but the way many perceive opinions is difficult to handle. The rules were written in the 1960s when the country was shaping up. So, perception was very pro-security. But then the civil service is not for life.

I personally cannot agree with this very idea of a retributive, angry, how-dare-you kind of a very state-ist state.

The government didn't take kindly to your article but what was the general opinion?

Many people called me and said, we also felt the same way but you wrote it down. I only wanted to say, there shouldn't be any reason to say that he (Modi) shouldn't be speaking on the guru.

I also learnt in the process that Kerala is a very conservative state as far as ideation is concerned. People expect only a certain conformist thinking and taking a divergent view is not accepted. So long as you are following the dominant thinking, you are taken along.

I also feel we, in India purposefully avoid studies on religion from an academic context. No major university in India studies and analyses religion as a philosophy. I think formal education system should cater to the dealings with religion because it is a very important social facet. We should do it like Oxford or Cambridge or Edinburgh or Harvard. Actually Edinburgh and Harvard started as schools for Theology and the science schools were added later.

Do you feel it's because of the country's obsession with secularism that it is pushing every aspect of religion aside?

Whatever the intentions are, that is the result. If we presume that we need not know about the forces which make us what we are, there wouldn't be any secularism. You rhetorically say, secular- secular as if secular means not to speak about religion. 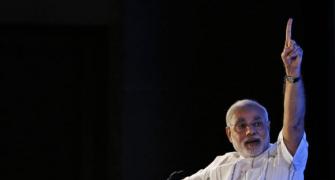 Modi vs Rahul Gandhi: It's a battle of ideas 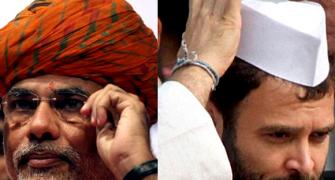 Why it is wrong to compare Rahul Gandhi with Modi 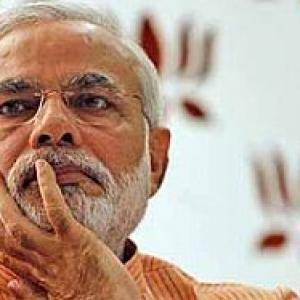