Part 1 of the interview: 'You can build bridges or bombs' 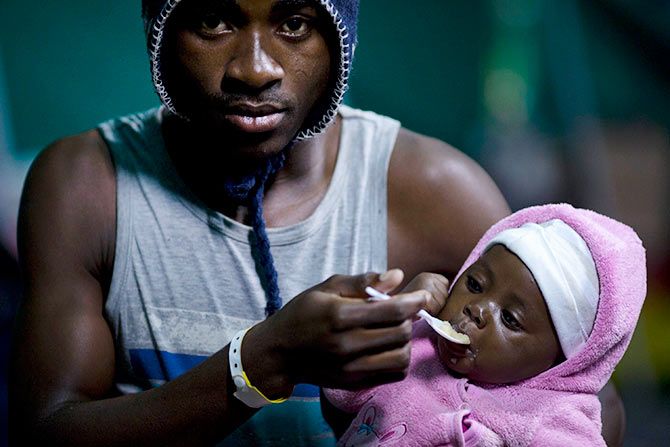 Possibly one of the greatest battles in the world today is the battle against xenophobia.

Even as intolerance against religion, culture, caste, language, colour and nationality continue prevail, there is the rise of a new xenophobia, says Tabish Khair.

In his latest book, The New Xenophobhia, Khair traces the unexplored relationship of xenophobia with power and capitalism and provides new insights into racism and slavery, and fresh perspectives on the rise of ethnic, cultural, and religious politics in today's age of globalisation.

In this interview with Syed Firdaus Ashraf/Rediff.com, Khair discusses the existence of xenophobia in Muslim countries and discusses in the importance of multiculturalism.

In India, the Parsi community is often hailed for the way in which it seamlessly amalgamated with Hindu society. Why could this not be possible with other religions?
Do Semitic religions say their religion is superior to other religions and therefore find it difficult to assimilate in multi-cultural societies?

The Parsis are a highly distinctive group and they remain distinctive. It is true that their fewer numbers and higher affluence makes this difference less problematic and even visible.

On the other hand, it is also true that Muslims, for instance, have had a number of populist leaders who have banked on divisive politics and resisted even legitimate efforts at integration.

As for Semitic religions, well, if you mean Christianity and Islam, these are religions that are based on universalist claims: For Muslims, all human beings are supposed to be equal if they are Muslim. This makes them theoretically egalitarian within, but also theoretically intolerant of those outside the fold at times.

On the other hand, Brahminical Hinduism is (or was until recently) basically anti-universalist: you had to be born a Brahmin or Dalit, and you could not really change that.

This makes Brahminical Hinduism far more hierarchical within the fold, but basically not inclined to worry about what exists outside it.

In short, the choice seems to be between sameness and difference -- and both can be used in oppressive ways.

Islam insists on sameness, which is fine but can run the danger to jihad against those who are not the same.

Brahminical Hinduism insists on difference, which is fine but can run the danger of an oppressive internal hierarchy: Caste oppression, for instance.

In actual fact, humans need both sameness and difference to exist. IMAGE: Pope Francis is greeted by singer Maria Jose Santiago, October 26, 2015. Pope Francis has condemned xenophobia and discrimination against Europe's gypsies but said they also must do their part by respecting the law and sending their children to school. Photograph: Alessandro Bianchi/Reuters

As I told a European audience some weeks ago, I cannot answer this question as I do not know a single instance of a 'unicultural' society.

All societies I have seen or read about have been multicultural. Even Denmark, with its five million people has always been multicultural -- with French, German, Swedish, Estonian, Polish and other influences in the past too.

I think what we should ask is how to make ongoing and very rapid economic and cultural changes in societies work out for the better. Because we have no choice: Human beings live in multicultural societies everywhere.

The attempt to reduce cultural diversity has never worked; it has only led to more wars, persecution and civil strife, as the Islamists would realise in the Middle East if they were capable of any self-analysis.

Is there a direct corelation of failing economies and the failure of multi-culturalism in societies?
Do you believe that, if the economy prospers, nobody bothers about xenophobia issues?

As I said, it is not as if there ever was a society that was not multicultural. So there is no real fall in actual terms.

But it is true that there is less political tolerance of multiculturalism -- which is another thing. And it does have an economic side to it.

Much of what passed as multiculturalism in the West in the 1960s to 1990s had to do with an economic upsurge and the need for cheap Third World labour to rebuild after the war.

With an economic downslide and rising unemployment, no politician wants to foot the bill anymore, hence suddenly multiculturalism is a problem. IMAGE: Anti-Muslim graffiti on the wall of the Islamic Centre of America in Detroit, Michigan, January 23, 2007. Photograph: Rebecca Cook/Reuters

Do you think Darwin's ideas were racist? Secondly, do you believe that 'survival of the fittest' is a flawed theory in today's times? If yes, why?

Darwin's ideas were used in racist ways in the 19th and early 20th centuries. Also, the idea of 'survival of the fittest' is probably Darwin's weakest link, though it owes more to other thinkers than to Darwin.

The thing is that Darwin recorded instances of evolution but did not understand the internal mechanism of evolution. No one could in the 19th century. This became clear only in the 20th century with the rise of genetics.

Any serious and scientific Darwinian knows today that genetic mutation is largely random and hence the notion of 'survival of the fittest' has no scientific grounding. Natural selection is random too.

Moreover, the organism cannot tell its cells to evolve in a certain way: If that was the case, we would be able to stop cancer cells from killing us.

The notion of what is 'fit' for an organism does not translate into what works or changes at the cellular and sub-cellular levels, which is where the mechanism of evolution grinds on. But, of course, journalists and politicians do not want to understand that, as they have their own axes to grind and some of these axes remain racist. 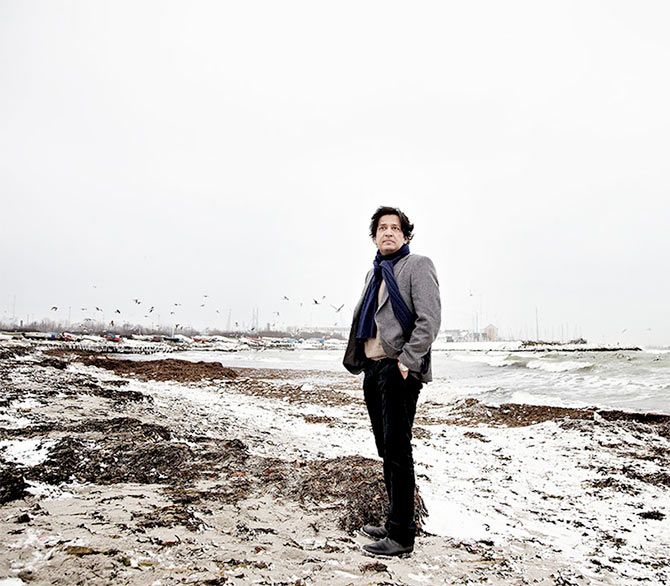 How will you define the new xenophobia in Muslim countries? Is it not true that Muslim rule always had xenophobic rules for non-Muslims for centuries, a trend that continues even today?

No, Muslim rule has not always been xenophobic: For instance, Jews were far safer in the Arabic lands until recently than they were in Europe. But it is true that Muslim thinking -- like all other thinking, Christian, Hindu, Jewish, enlightenment, secular et al -- contains some xenophobic elements, as well as elements that resist xenophobia.

Islam is not a magic potion in any case: A lot depends on what one makes of its possibilities, what one does with it.

It is true that, in recent decades, Islamists of various sorts have moved Muslims towards stronger xenophobic positions. Some of it has to do with international politics, some with the way Islam has been read, and some even with tendencies within the community -- such as the way women are treated as almost a separate species, which contains germs of xenophobic thinking if you ask me.