News
Business
Movies
Sports
Cricket
Get Ahead
Money Tips
Shopping
Sign in  |  Create a Rediffmail account
Rediff.com  » News » 'If UP does anything against CrPC, it will be invalid'

'If UP does anything against CrPC, it will be invalid'

'It shows that they cannot manage the situation with the forces in their hand.' 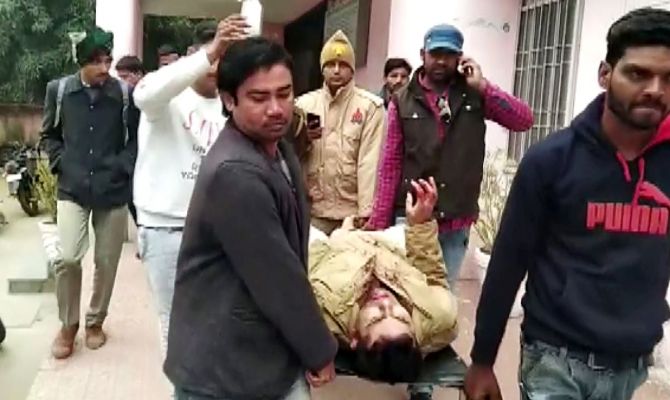 IMAGE: One policeman was injured after four men opened fire at the accused in a district court room in Bijnor on December 17, 2019.
Following this incident, the Allahabad high court had pulled up the Uttar Pradesh government for lax security at civil courts. Photograph: ANI Photo

The Uttar Pradesh government has decided to constitute a special security force following an order of the Allahabad high court which had expressed its displeasure over the poor level of security at civil courts.

This new force will have the powers to search and arrest any person without the orders of a magistrate or a warrant, a government notice said, a provision that has attracted considerable criticism, and concern.

The Allahabad high court had pointed out acts of violence in a Bijnor court in December 2019 and an incident in a Muzaffarnagar court in 2015. Another incident was also reported in the civil court premises in Agra in 2019.

R Shanmugasundaram, a senior criminal lawyer in the Madras high court, past president of the Madras Bar Council and head of the Dravida Munnetra Kazhagam's legal wing, has been a public prosecutor for the Tamil Nadu government.

Speaking to A Ganesh Nadar/Rediff.com about the special force the Uttar Pradesh government has announced, Shanmugasundaram says, "The CrPC says the police can arrest only when there is a cognisable offence."

Does the police force have the power to search and arrest a person without a warrant?

No, generally it does not. The CrPc (Criminal Procedure Code) says the police are allowed to arrest only when there is a cognisable offence. In non-cognisable cases they cannot arrest.

They can also search a person only in an emergency. Both the CrPc and a Supreme Court judgment says that this has to be done under the overview of the magistrate's court.

The person has to be produced in the court within 24 hours of arrest.

The UP government statement talks about creating a force, but what about their training?

If they recruit from the CRPF or the local police, then it is okay. But they have to follow the CrPc.

In the Madras high court security is provided by the CRPF. Other courts have local state police.

Will these special powers that the UP government is contemplating withstand judicial scrutiny?

That depends on how they are doing it. If they do anything that is against the CrPc, it will be invalid. They also have to get the President's assent.

How different will the powers of this force be from, say, the Goondas Act where a person can be put behind bars for a year without trial? 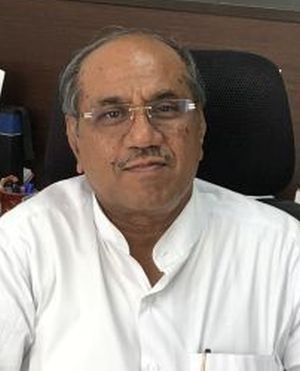 That is different. This is preventive detention, a law to keep people safe.

In Chennai, the commissioner of police and in the districts the collectors have these powers. Within 12 days of arrest they send the file to the state government.

The state government in turn sends it to the advisory committee of three judges within three months. Beyond that this committee has to decide on the detention.

This Act is used when the accused is a known criminal and normal laws cannot be used in that particular case. The reason for the detention has to be given clearly.

The prisoner can move a habeas corpus petition in the high court under Articles 226 and 21.

Will the laws governing the new force be similar to the National Security Act?

This particular force is supposed to guard only specific places, but once they have these special powers, can they use them anywhere in the state?

It is only related to the court premises, within the jurisdiction of that place. They have their powers under the CrPc and the state police act.

Will any person arrested under this law be allowed to approach the court for redressal?

First, they have to approach the magistrate's court, then the sessions court and then the high court.

Aren't existing laws enough to deal with violence inside the court premises?

Several cases are being dealt with the regular laws. If they have sufficient police force, they can deal with it too.

Instead of coming out with a new security force. will it not be simpler to make the police more efficient?

Can this force be used to arrest someone outside the state, say, in Tamil Nadu, for perceived offences without a court order or warrant?

For inter-state there are certain procedures. You have to intimate the local police.

You have to take the accused to a local court. The local court can release them.

Why do governments come out with more and more draconian laws against citizens?

It shows that they cannot manage the situation with the forces in their hand.

But if an offence is committed then, the FIR is filed by the local police. 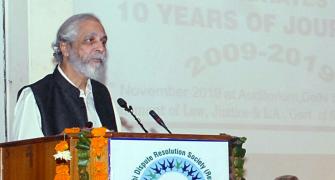 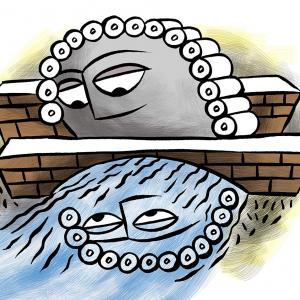