'I am celebrating this new India'

'India is an amazing country.' 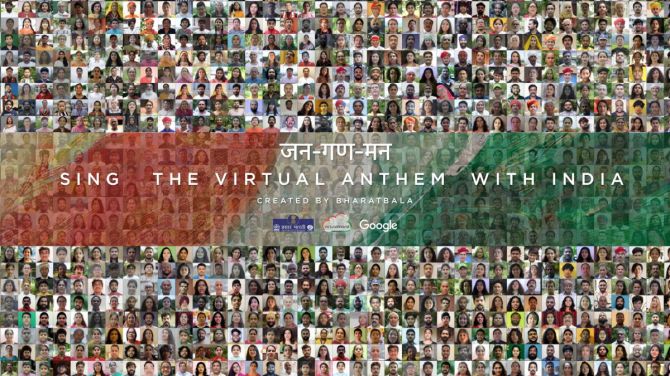 Bharatbala has done it again. To mark Independence Day he created a 'Virtual Jana Gana Mana'. The anthem was released online on August 15.

This video was brought out in a first-ever collaboration between Prasar Bharati, Bharatbala's Virtual Bharat and Google India.

In the video thousands of Indians from across the country sing the National Anthem. 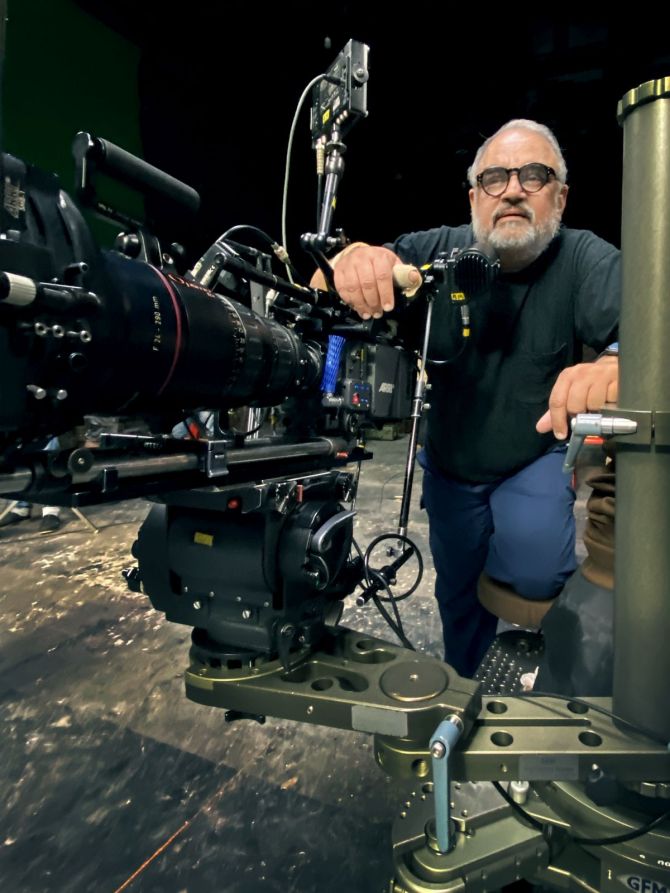 Bharatbala spoke to A Ganesh Nadar/Rediff.com about the Jana Gana Mana project.

There was no design about the 50 maestros.

At midnight in July, Sanjay Gupta, country head of Google India, called me and we discussed it. He told me to imagine India getting together for Independence Day.

In the last four months there has been physical distancing because of the coronavirus pandemic. We had been separated from each other, I wanted to get people together. That is how the idea of getting people to sing together came about.

Was it a conscious decision to do something for the 20th anniversary of your earlier, landmark, project?

Not really! It just happened.

What was the grand, underlying, vision behind this latest project of yours?

I wanted it to be a people's idea. Creative minds, getting together, and using technology to put everything together.

It was like an orchestra and a conductor, to bring them together -- that was my responsibility.

What was Prasar Bharati's role in this project?

They wanted a large public broadcaster so they came in. Jana Gana Mana without Prasar Bharati cannot be imagined.

How did Google India come to be involved?

Google India came to be involved when Sanjay called and said let's get India together. They put up an app where people can sing. The song was converted to music with Artificial Intelligence. AI was also used to bring them together.

They used to send us bunches of files. AI and we put it together. AI had an interesting role in bringing it together. 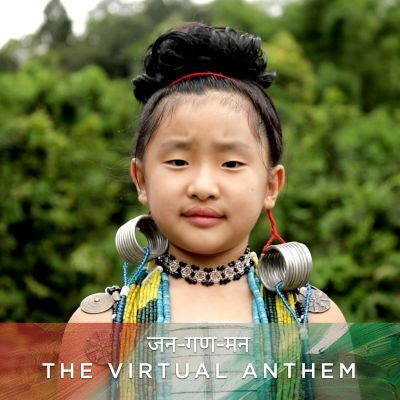 I saw a six-year-old girl, left, from a remote village in Arunachal Pradesh singing. I chose that girl to lead the anthem.

Can you take us through the process of collaboration, the complete picture?

We had elaborate discussions with the Google technology team. They collected the National Anthem, we provided the tempo.

The people donated their voice to the project which was converted to music. The numbers were huge. They put it together and sent it to us in bunches. We also recorded it.

I am celebrating this new India. They are my celebrities. They are celebrity Indians singing the National Anthem.

From Dharavi to Manipur they sang and participated in this video. The last frame has 3000 videos singing in sync.

The people seen singing the anthem were chosen through an app, I understand. How many entries did you receive? Was every one of them accommodated in the final cut?

It is a 52-second video. We connected people from across the country. I don't know the correct numbers. We accommodated as many as possible.

It is representative of the voice of thousands of people.

It feels good to read that the project was powered by AI. How will you break it down for the layman to understand?

Basically, you donate your voice to the app. People from all over did this. There are lakhs on the net, lakhs downloaded their voice. 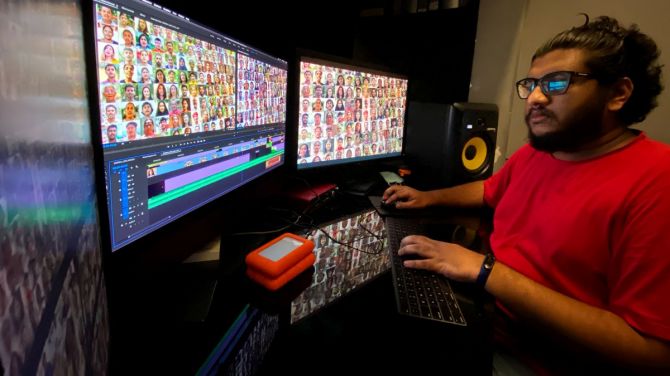 It is like a pond and river into which all the water in India flows.

Organically so many people got together. People sang freely as they are alone, there is no stage fright. Each one is a celebrated Indian singing together with pride.

Purists will baulk at the involvement of technology in a creative process, but you are comfortable with it?

Today we don't have a choice. We create a challenge and engage technology to make it possible. India is an amazing country. Technology has changed it in many ways.

Six months back, government teachers didn't know we could use WhatsApp to teach.

Given that technology played a major role in this project, how exactly did your role differ from what you did in your earlier projects?

At the end of it, whatever technology you use, your emotional involvement, creativity does not change. You are using tools to develop it.

You didn't involve a single celebrity in this project, was it a conscious decision?

It was a conscious decision. I wanted to celebrate every Indian. Lata Mangeshkar, A R Rahman, Piyush Goyal and others promoted it. There is no politics in it. There were 50 million views in a day.

Every Indian singing the anthem is a celebrity.

So what can we expect for the 25th anniversary of your Jana Gana Mana project in 2025?

I don't plan anything. I only embrace the moments -- the ideas that come at that time.

Creativity comes in the moment. 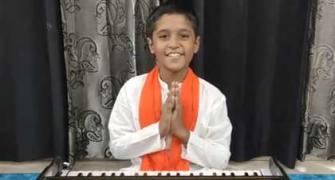 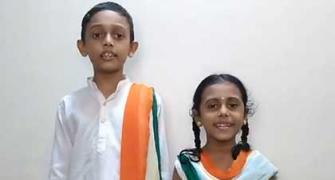 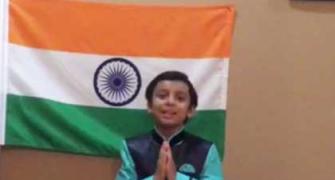 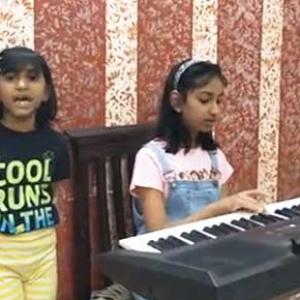 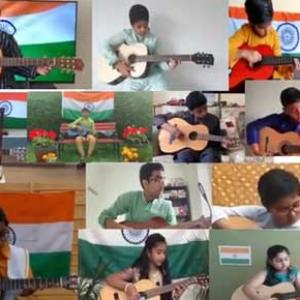