News
Business
Movies
Sports
Cricket
Get Ahead
Money Tips
Shopping
Sign in  |  Create a Rediffmail account
Rediff.com  » News » 'How can you believe Advani?'

'The Babri Masjid demolition was a pre-planned conspiracy.'
'It did not happen on the spur of the moment.' 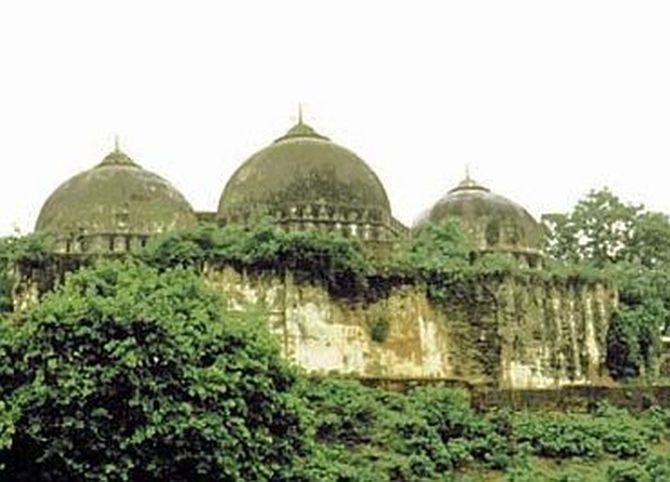 Journalist Suman Gupta covered the Babri Masjid demolition on December 6, 1992 as a reporter for the Jan Morcha newspaper.

She had taken a camera along with her to report the event, and was among the many journalists who were beaten up by kar sevaks that day in Ayodhya.

Gupta submitted a statement on what happened to the Liberhan Commission of Inquiry set up to inquire into the demolition.

She also gave her account of the demolition to various courts.

BJP leaders were making speeches from a podium near the Babri Masjid and the entire area around the mosque was surrounded by RSS (Rashtriya Swayamsevak Sangh) volunteers in their uniform. They were wearing a saffron sash around their head. 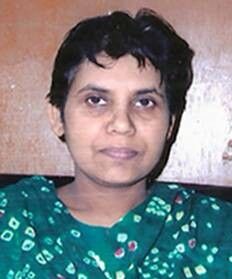 They had issued 'Shri Ram Karseva' passes to volunteers and supporters. Only people who had the passes were allowed to enter the area near the Babri Masjid.

The Uttar Pradesh police were present nearby, but they were without arms and acted as spectators during the demolition.

The central government, led by then prime minister P V Narasimha Rao of the Congress, had provided paramilitary forces to Chief Minister Kalyan Singh's BJP (Bharatiya Janata Party) government, but he refused to take their help and only let the state police handle things.

There were thousands of people. They were hearing the speeches of L K Advani, Uma Bharti and Murli Manohar Joshi. I could not hear what they were saying because when their speeches were on, journalists and photographers were attacked by kar sevaks.

I was taking photos so I became an easy target. It was not me alone, all photographers were attacked, even foreign mediapersons were attacked.

One thing I recall very well during that attack on me was the entry of (then) VHP (Vishwa Hindu Parishad) president Ashok Singhal.

As soon as he came the kar sevaks broke the barricade around the Babri Masjid and went on top of the dome.

The moment that happened, many kar sevaks pounced on all photographers because they did not want any photos to be clicked.

These male kar sevaks grabbed me and took me to another corner of the area. These men did not respect the fact that I was a woman.

I was being attacked and the police was watching and not doing anything.

I told the police to help me, but they were just observing the kar sevaks demolishing the Babri Masjid.

When I look back I feel the entire focus moved to the demolition of the Babri Masjid at that moment, rather than the photographers being attacked.

In all, 71 journalists were beaten up then. The (UP) CID (Criminal Investigation Department) held an inquiry into this case and so did the Press Council of India.

The Babri Masjid demolition was a pre-planned conspiracy. It did not happen on the spur of the moment.

I had covered the kar seva in 1990. At that time, the district magistrate of Ayodhya was Ramchandra Srivastava.

During that kar seva, the kar sevaks entered the masjid premises and put up saffron flags, but somehow the police managed to disperse them.

After that incident, Srivastava said if the kar sevaks came again the Babri Masjid could not be saved because they were not ordinary people, but trained to carry out demolition activity. 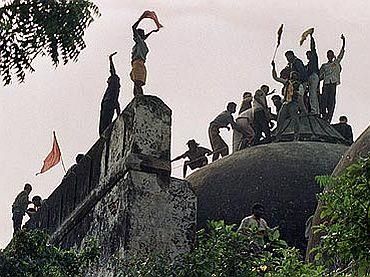 When L K Advani says the demolition of the Babri Masjid was the saddest day in his life, I want to ask him which movement was he leading to Ayodhya? The kar sevaks had come to Ayodhya on his call.

I would like to emphasise the difference between the kar sevaks in 1990 and the ones in 1992.

In 1990 the kar sevaks would speak to us very well.

In 1992, there was a behavioural change in the kar sevaks towards journalists.

I could feel and see the difference.

They started misbehaving with journalists prior to the demolition. The first instance was when they started demolishing Muslim graveyards in Ayodhya.

These kar sevaks were staying in camps on land given by Kalyan Singh's government.

Now if Advani says he did not know of the event (demolition), how can you believe him?

Kar seva means what? Why did you want to do kar seva?

Did they want to take the soil of the Babri Masjid by bringing 2 lakh people to Ayodhya?

When Advani says the demolition was the saddest day of his life I don't think so. I feel that is a political statement. 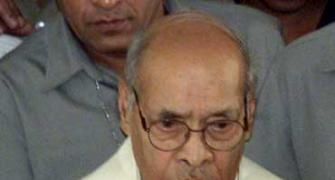 Eyewitness: How the Babri Masjid was felled 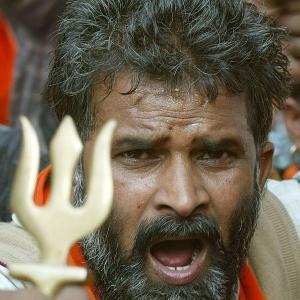