News
Business
Movies
Sports
Cricket
Get Ahead
Money Tips
Shopping
Sign in  |  Create a Rediffmail account
Rediff.com  » News » 'The more they censor the Internet, the bigger we become'

'The more they censor the Internet, the bigger we become'

In an interview with Shivam Vij in their IRC chat room, members of Anonymous India explain why they are doing what they are doing.

Started in 2003, the loosely organised international hacker group 'Anonymous' hit India by storm when it hacked into Reliance Communications servers and revealed the Web sites they are blocking on May 26.

This was only the beginning of their plan. Since then they have been hacking into and defacing many Web sites, including those of the Bharatiya Janata Party and the Trinamool Congress, leaving these sites with their messages against Internet censorship in India.

The group promises more action leading up to June 9 and thereafter.

Their call for protests across Indian cities on June 9 has received popular support -- 11 Indian cities are on board and protests are planned in such prominent places as Delhi's India Gate.

In an interview with Shivam Vij in their IRC chat room, three members of Anonymous India explain why they are doing what they are doing. Edited excerpts:

What do you say to those who say you are using the wrong means for the right end?

Anamikanon: We have cops beating up protesters. Do they get arrested for using the wrong means for *whatever* ends? The fact is that the government sabotages dissent.

Some say such attacks (hacking and defacement of Web sites) could be used by the political class to actually strengthen their argument in favour of control and regulation of the Internet. What do you say to that?

Anamikanon: People on the ground are vulnerable to people with a lot of power and no problems misusing it. Anonymous can't be found to defame, threaten, suppress, stall.... wrong means? Ok. Worth it.

Netcak3: I say the more they censor the Internet, the bigger we become. We strive in users from across the world. Pro tip: Once an idea has been made, you cannot kill it.

Anamikanon: In my view, these are the means that can be safely used without risking life, limb, careers, reputations, family...

Gummy: Defacing is like posting a nill which is illegal and can be removed. Like people post their advertisement bill (poster) at the back of buses and other public places.

Anamikanon: Except we post it in inside their drawing rooms!

So basically you are saying that more and more people have been joining you from India since your Op began?

What if they find you? As in whoever you guys, are you *are* taking a personal risk right?

Netcak3: Of course, being a part of Anonymous has its risks. But with knowledge and understanding we are always one step ahead.

Can you tell us anything about yourselves?

Anamikanon: We are Anonymous. We shed our identity and take up a nick(name). It is liberating.

Why do you deface Web sites?

Netcak3: Defacement gets the message out to all users of the Internet fast. Think of it as wildfire, you hack a Web site and one person finds out. That one person then tells another person and from that you now have the message spreading.

Anamikanon: Or as a trooper put so eloquently, we needed a site to put up our message!

Who is Anonymous India?

Gummy: Anonymous can be your neighbours, your colleagues, your boss, your worker, your friend, your enemy.

How many people are involved in this op?

Netcak3: Hundred, thousand, who knows? We have independent hackers supporting our operation.

Gummy: See, there are so many people scanning various sites. They deface whichever they can and give us the page link. We just tweet it.

Gummy: BSNL blocked torrents sites in December itself. Some cities have access, some don't.

What date did your op begin?

Netcak3: Our operation began at the beginning of May. Possible the end of April.

What particular incident moved you to start this?

Gummy: The blocking by some ISPs of Pastebin, Vimeo and other legit sites which have nothing to do with piracy. Dailymotion also.

Do you think an anti-Internet censorship campaign in India cannot succeed through democratic means such as courts?

Gummy: Maybe it can, but people need to be aware about that (Internet censorship).

Do you have a specific set of demands?

Anamikanon: They are the same reasons many of us support the other campaigns against censorship. The methods are different. Please go through our blog for extra info: http://opindia.posterous.com/

Netcak3: Many. If they continue the blocking of Web sites it will only make matters worse. Take into account this is only the start of our hacks. It will get worse.

Ok, you are in general opposed to Internet censorship?

Anamikanon: The question to ask about blocking of Web sites is: Who profits from it? Are netizens at large profiting?

Gummy: You write something against Reliance, they block your site.

Anamikanon: Reliance got hacked (by Anonymous India) for their blanket blocks.

What do you mean by blanket blocks?

Anamikanon: Entire sites being blocked instead of urls violating terms/laws.

Well, Reliance says they have not been blocked. How do I prove you hacked into their servers?

Gummy: We have proof.

Anamikanon: Newspapers reported that Reliance users saw Anonymous page instead of Facebook and Twitter. You should ask them (RCom) if they did it on purpose to fool their users?!

Anamikanon: There are sites I would not like accessible. I will be honest. However, I think it needs to be a decision that balances multiple stakeholders rather than powerful corporations alone.

I love the handle 'anamikanon' -- you guys are so clearly Indian.

Of the 434 sites listed by you as having been blocked by Reliance, there were too many music-sharing sites, more than a hundred such. These are to be blocked by a high court order.

What do you say about the issue of piracy and copyright infringement?

Anamikanon: Looks like they did a quick search for the name and blocked everything they could lay hands on.

Netcak3: Yohoho! A pirate's life for me. A bottle of rum to fill my tum whilst downloading movies!

Gummy: Many open source software use torrents for their distribution. Block the URL having pirated content, not the entire site.

Anamikanon: If piracy is an issue, why aren't pirated URLs on YouTube blocked?

Vimeo and other sites recently were blocked using a high court order.

Gummy: The order doesn't name any Web site in particular. And DoT ordered blocking of sites such as Pastebin, Pastehtml and other anonymous uploading sites. 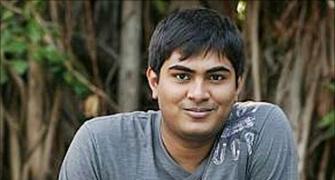 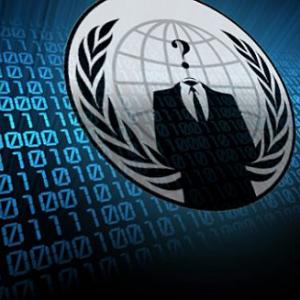 Hackers to shut down Internet on Saturday? 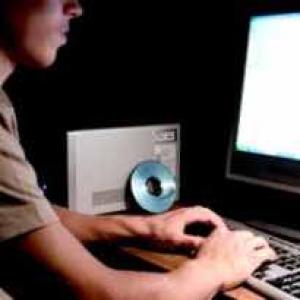