'The PLA has continued to do exercises and drills and recently carried out air exercises with fighter jets.' 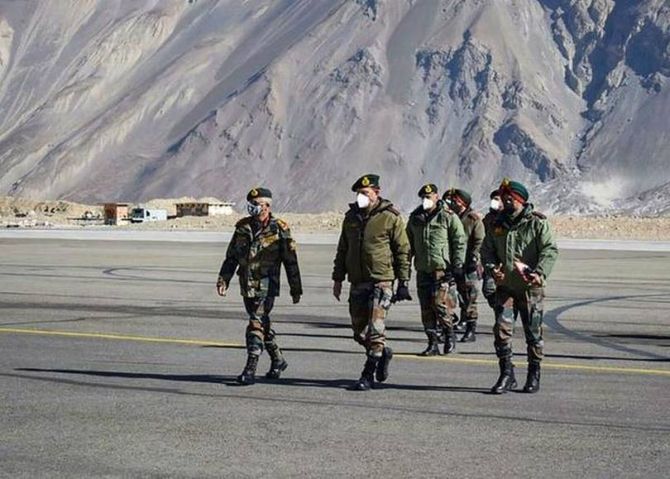 "The broad strategy of protracted face-offs was to intrude, assert, initiate negotiations and then protract the negotiations so that you wear off the adversary," says Lieutenant General Subrata Saha (retd) -- former Deputy Chief of the Army Staff, former General Officer Commanding XV Corps and member of the National Security Advisory Board.

"You try to coerce the other side and if that does not prove successful, then you prepare for the next level."

"This is what China has been trying," General Saha tells Rediff.com's Archana Masih.

A year after the standoff, how do you assess the situation at the border?

It is evident that the Indian Army is cautious with a high degree of preparedness.

The Chinese action has rendered all previous confidence building measures and protocols irrelevant.

As things have unfolded, there is little doubt that there is a sequence to the events which reveals how peace and tranquility along the border has been disrupted by China -- not just last year -- but off and on, since the signing of the Border Agreements 1993 onwards.

The settlement of the boundary kept getting pushed -- to use a cliche 'the can kept getting kicked down the road' because the border was being managed by these agreements and confidence building measures.

On November 15, 2012, Xi Jinping was appointed general secretary of the Chinese Communist party and chairman of the central military ocmmission.

On March 14, 2013, he was appointed president. Soon after he gave a statement about the early resolution of the border issue with India. But on April 15, 2013 began the protracted face-off in Depsang in sub sector north.

This was the first of the protracted face-offs.

In what way was Depsang a turning point?

Face-offs between India-China are not uncommon. Earlier, face-offs were followed by a standard banner drill and the troops would go back. It would be sorted out in a matter of minutes or an hour or so.

But Depsang was the first time China was pushing beyond the previous limits. Therefore, that face-off lasted more than 40 days.

The erstwhile process of managing the border according to the Border Peace and Tranquility Agreement was disrupted due to the extraordinary consolidation of power in Xi Jinping.

This is typically what happens when too much power is consolidated in one person.

By making a statement about early boundary resolution, what would have Xi Jinping meant when his intention was clearly far from it?

It means that he wants to settle it on his own terms. The broad strategy of the protracted face-offs was to intrude, assert, initiate negotiations and then protract the negotiations so that you wear off the adversary and see if you can revise your claim line on the basis of your standing.

If that does not happen, you go in for some limited military actions. You try to coerce the other side and if that does not prove successful, then you prepare for the next level.

This is what China has been trying.

What should we be careful about on the LAC with China in the future?

We have to be very cautious. In January, after the 9th level of border talks, the media reported that China withdrew 200 battle tanks and heavy vehicles returned -- but after that what?

The PLA has continued to do exercises and drills in the depth areas and recently carried out air exercises with fighter jets.

One Chinese academic pointed out that if PLA has the ability to withdraw so many forces in one day, then it can also replenish them in a single day.

The boundary resolution is now at the centre of the dispute. 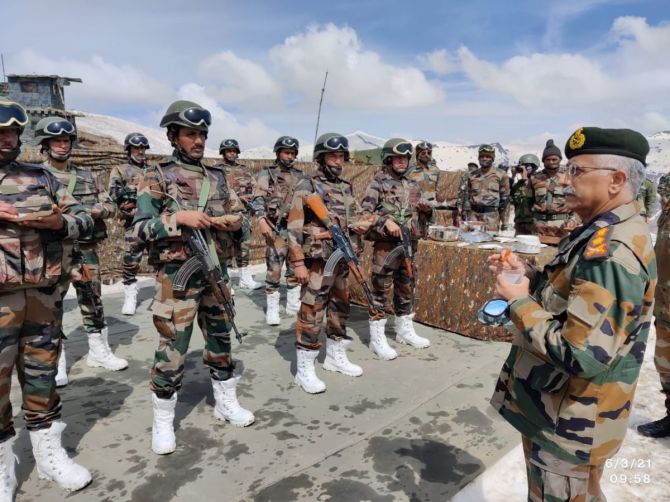 What do you think is Xi Jinping's goal viz a viz India?

China has heightened tensions in Xinjiang province, Taiwan and in the South China Sea.

The Chinese defence white paper of 2019 categorically stated that one of the aims of the PLA is to crush any separatist movement in Xinjiang and Tibet.

Their national defence aim is to safeguard sovereignty and integrity, which is basically about Chinese territorial ambitions in Tibet, Xinjiang, Taiwan, Turkestan.

Eastern Ladakh lies between Tibet on one side and Xinjiang on the other, hence it is a sensitive region for the Chinese.

In his address in the 7th Symposium on Tibet, Xi said we must solidify our border defence in Tibet and ensure frontier and national security for enduring peace and stability in the Tibet region.

The intent is very clear that he wants to establish complete grip on the remaining autonomous parts of the Tibet Autonomous Region.

Tibet is of geographical importance because many major rivers flow into South and South East Asia through Tibet.

It also has precious minerals, oil and gas resources.

The Chinese White Paper on Strategy in Perspective 2015 was about increasing focus on jointness of their armed forces -- and in 2016, President Xi personally inaugurated the five theatre commands -- north, south, east, west and central.

The western theatre command is responsible for both the Tibet Autonomous Region, Xinjiang and the Indian border.

The Chinese intent can be gauged from the following:

1. Disruption of border peace and tranquility.

2. The clear intent as contained in multiple documents.

4. Heavy investment in improving connectivity in the Tibet region, construction of airfields and habitat for the troops in the TAR.

Xi has emphasised that PLA must transform into a world class force by 2049.

That is how China has defined its objectives and is preparing towards it.

Hence India and other countries that face a threat from China need to be cautious. 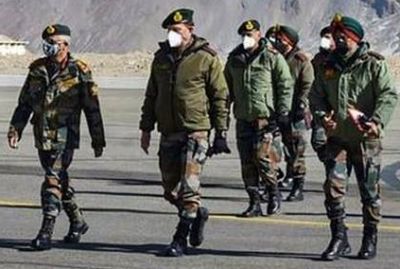 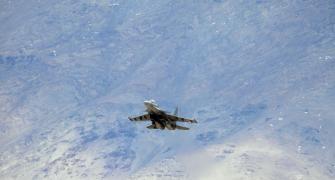 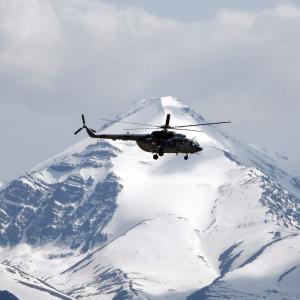 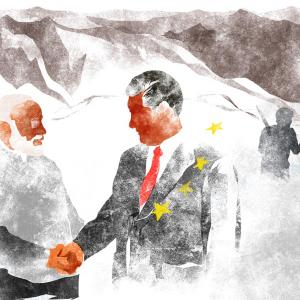