'If the government does its job of vaccinating all the population with the booster dose, and also monitoring the virus, and we do our job of wearing a mask and avoiding crowded places, we will be free of this virus in a few months' time.' IMAGE: A healthcare worker collects a swab sample of a passenger for COVID-19 testing, in Prayagraj, April 19, 2022. Photograph: PTI Photo

Once again, the media is reporting a '90% rise' in covid cases in India.

China is in panic mode with cities like Shanghai having already been shut down for three weeks.

Along with this, rumour mills are having a field day with scary WhatsApp messages flaying around.

Should there be a reason to panic?

"We should not help the virus to come out with a new variant by allowing it to roam freely. That is the reason why we have to be careful for some more time," Dr Rakesh Mishra tells Rediff.com's Shobha Warrier.

Dr Mishra is a former director, Centre for Cellular and Molecular Biology and currently the J C Bose National Fellow and Distinguished Professor at CCMB. He is also the Director, Tata Institute for Genetics and Society, Bengaluru.

Reports say India had recorded more than 6,000 cases. Along with this came rumours of an impending lockdown and a fourth wave. If a country of 1.4 billion records 6,000 cases a day, should we be worried?

It is important to keep track of the number of cases. But like you correctly said, 6,000 cases in a country like India is not a big deal.

More than that, it was expected that cases would go up slightly when you remove the mask rule, and people become more active. The rise in numbers is within the expected range, and we have not detected any new variant.

So, I would say there is no need to panic or get worried.

At the same time, it is important to keep testing so that if a sudden surge comes somewhere, we will come to know of it in time.

It is also important to be careful and follow COIVD appropriate behaviour -- wear mask, avoid crowded spaces, get fully vaccinated and booster shots as and when eligible. 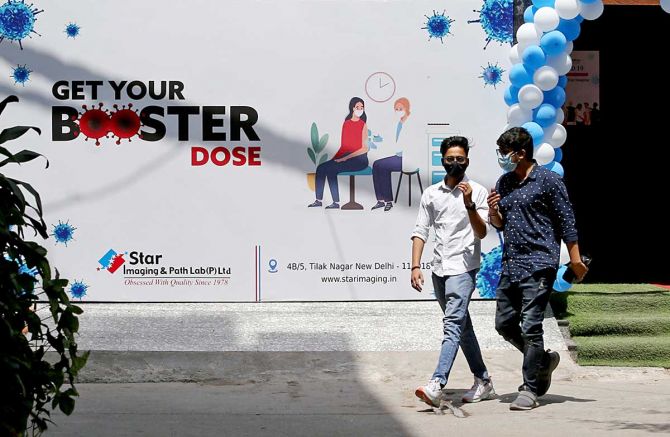 IMAGE: A vaccination centre in New Delhi after the administration announced the rollout of the third dose for the age group of 18 and above, April 10, 2022. Photograph: ANI Photo

Countries like the UK, US and most European countries have gone back to the pre-pandemic kind of lifestyle having removed all restrictions. Some states in India also have made wearing masks in public places voluntary.
Have we reached a stage where we can move around without a mask in open areas, and wear a mask in confined space?

It will take some more time for us to say that the mask is really not necessary. I think it is our responsibility to be aware that the virus is still around, and this is a very infectious virus. Our natural response should be to prevent the virus from spreading by using a mask.

But after the third wave, we are in a very strong position for two reasons. One: Most people have got infected, as seen from the sero-survey results. You can say, 80% of the people, all the way from old people to children, were infected. So they have the antibodies in them.

Second is, a very large number of our population is doubly vaccinated.

So, we have very strong hybrid immunity. That's why I said, we are in a very strong position.

But if we challenge the virus, which is now under pressure to break through the vaccine protection in the population, that's why we see a lot of re-infections, But because of the protection by immunity, the symptom is mild.

We should not help the virus to come out with a new variant by allowing it to roam freely. That is the reason why we have to be careful for some more time.

We also know that after a few months, the strength of the antibodies will start decreasing. So, a third booster dose is required at this moment. The government should make the third dose available to all, if possible free, so that coverage improves.

With the third dose and a little bit of discipline, we don't have to worry about a fourth wave or a lockdown. I don't think we will have to go through all those again with this virus.

When the world has opened up, China has locked down major cities again...

That's a wrong policy. Only a totalitarian regime can do that. Experts all over the world say that zero positivity is a bad policy. You cannot live in a bubble forever.

There are thousands of viruses around, and we don't have to go crazy about this one virus at this stage.

In the beginning, we had no knowledge of the virus, but now we have understood the virus quite a bit. So, there is no reason to go the China way. It is not viable also. They can do this for some time, but not for long. But they will not be able to solve the problem this way. 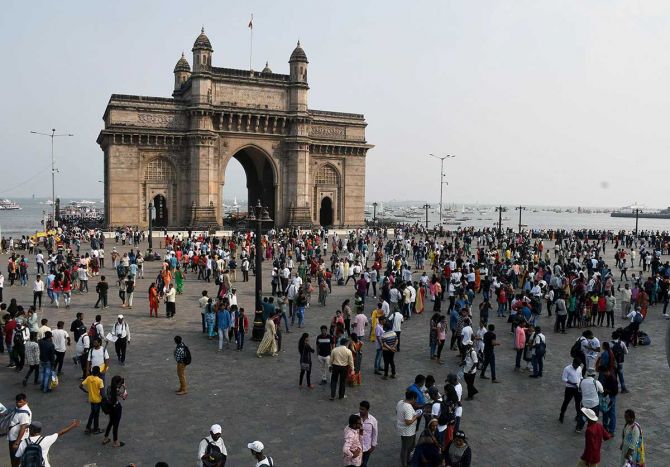 After opening up completely, the UK government said people have to learn to live with the virus. Is that the good policy to follow?

The Indian government also has taken a decision to have normal activities in the country with no restrictions around.

At the same time, I very strongly recommend that we should avoid closed space crowding as much as possible and wear a mask in such places so that you get that extra advantage.

Each time we prevent the virus from spreading from one person to another, it is to our advantage.

Some experts were of the opinion that the pandemic has already become an endemic. Do you think we have reached the endemic stage?

We can say the pandemic has reached the endemic stage only when we are able to predict the level of infection. According to me, we have not reached that stage.

It is better to be cautious and not be in a hurry to declare it as endemic.

We are not losing anything by taking some extra care. We can do everything freely now, the only thing we are saying is, be a little careful which will go long way.

By declaring it as endemic at this stage, we will give the virus a chance to spread more as people and the system will get naturally more careless.

We have not reached that stage where we can say, it is an endemic and we can forget about all precautions.

In a couple of months, maybe we will reach the endemic stage.

Eventually, after a long time, based on natural selection pressure, we can expect a very highly infectious virus which can escape the immune protection but not cause any disease as causing disease does not provide any advantage to the virus. It may infect us but it will not cause any disease. IMAGE: A vaccination drive for the 12-14 year age group at a dispensary in Daryaganj, New Delhi, April 19, 2022. Photograph: ANI Photo

In the initial stages, we have had very lethal varieties like the Alpha, Beta, Delta, etc. Is it because we are vaccinated now that the new variants are not that lethal?

Yes. When the Delta variant came, there was hardly any vaccination. In the second wave, the Delta was highly infectious and damaged the lungs.

When the third wave came, many were vaccinated. So, we had vaccine protection and also protection for those who were infected in the second wave. A lot of people were in much stronger position with antibodies in them. So, the virus couldn't cause much damage.

One advantage we had when the Omicron came was that it attacked only the upper respiratory tract and not the lungs. So, the infected people did not need oxygen support.

Now, we have this Omicron XE...

Omicron XE is a recombinant (two variants of Omicron combining together. Here it is BA.1 and BA.2) but so far, it has not created any problem. It also means the virus can find one more way of mutating.

That's why we should be more careful and not let the virus have a free hand because it can not only mutate but can recombine and generate new variations.

After the third wave, we have come out very strong without suffering much. IMAGE: A child reacts while receiving a dose of the COVID-19 vaccine at the dispensary in Daryaganj in New Delhi, April 19, 2022. Photograph: ANI Photo

You mean the whole world?

This is bad because those are the people who will easily get infected, and help evolution of new variants. That's why either vaccination or natural infection is needed to arrest the virus.

Is that the reason why the pandemic is not becoming an endemic?

Exactly. When there is a significant number of vulnerable population in the world and the virus is extremely infectious, we cannot declare victory.

Tens and thousands of people have died of Omicron in America because most of them were not vaccinated. 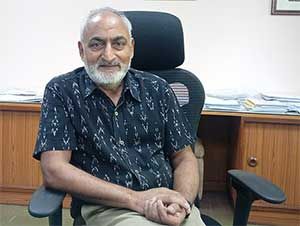 Would you say vaccine is the only magic potion against this virus?

Yes.. yes. The vaccines are so good and successful. It is also possible that new variant may come and the vaccine may not work against it, but the super magic potion is the mask which can stop any variant from infecting us.

If the government does its job of vaccinating all the population with the booster dose, and also monitoring the virus, and we do our job of wearing a mask and avoiding crowded places, I think we will be free of this virus in a few months' time.

In Israel, they found that the efficacy of the third dose came down after six months. Do we need a fourth dose? Do we have to take the vaccine every year?

I don't think a fourth dose is necessary, and it is not worth the trouble and investment for a country like ours. We will be done with three doses.

In this case also, after a few months, we may end up in a situation where those who want can take the vaccine, and those who do not want, can skip it. 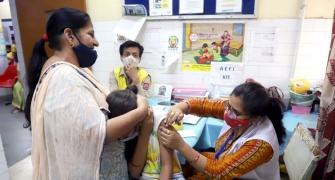 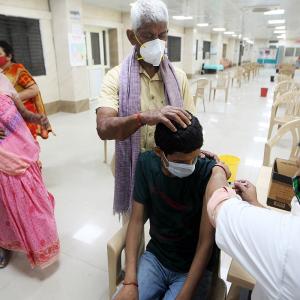