'If the Modi government is successful in extraditing a high-profile fugitive such as Vijay Mallya or Nirav Modi before the 2019 election, the government will be able to link demonetisation to this and turn it into a positive.' 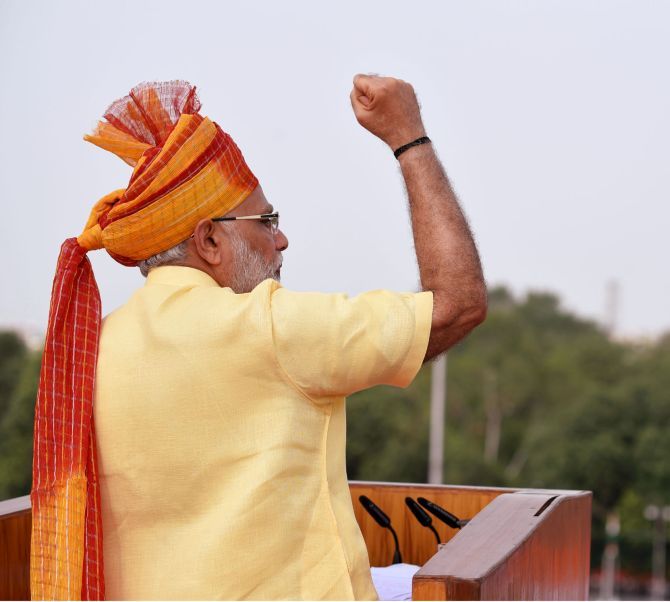 The source of political funding remains a shady and opaque element in Indian politics.

Demonetisation was an attack on black money, yet huge amounts of cash is spent in elections.

The Karnataka assembly election in May was the most expensive in India.

"Given the Modi government's uneven economic record, demonetisation allowed them to change the narrative. It is no longer about growth, jobs, and investment. It is about launching the most ambitious attack on black money since Indian Independence," Milan Vaishnav tells Rediff.com's Archana Masih in an e-mail interview.

Prime Minister Modi's demonetisation policy was aimed at cracking down on black money, which is the main source of election funding.
Yet in UP more cash was seized than the previous election and the Karnataka election in May was the most expensive in India in terms of money spent by political parties -- were there more losses than gains from demonetisation?

In my view, demonetisation has not made a serious dent on illicit campaign cash.

As you rightly point out, cash seizures in the 2017 UP election (which took place just months after demonetisation) increased three-fold. The same was largely true of the other four states that went to the polls.

In speaking with politicians in India for the book, they privately suggested that demonetisation could have a small short-term impact, but that parties and politicians are pretty ingenious when it comes to laundering funds.

Senior officials with the Election Commission of India have said as much. Money power -- and the use of illicit cash -- remains a principal concern for them.

The Reserve Bank revealed that 99% of the currency that was declared void has returned.
The government's main contention was that demonetisation would wipe out unaccounted wealth which has not happened.
What was the point of this mammoth exercise then?

That is a very good question! I think the Modi government genuinely thought that a large proportion of outstanding currency would not come back into the system, which would allow the Reserve Bank of India to wipe those liabilities off their books and deliver a windfall to the government.

The government, in turn, would issue a cash transfer to all households in India.

In private conversations, senior economic officials have told me that they simply did not foresee the extent to which public sector bank managers would collude with those seeking to turn black money white.

In my view, the Modi government was just flabbergasted as most analysts that nearly all the money came back.

Were the reasons for demonetisation more political than economic? In your opinion, what were the political compulsions?

I do think there was a secondary motivation, which was political.

Demonetisation and the broader assault on 'black money' has given the Modi government a very powerful narrative with which they can go to the polls in 2019.

It is very hard for any political party to argue with steps taken against black money; it was Modi's 'either you're with us or against us' moment.

Furthermore, given the Modi government's uneven economic record, demonetisation allowed them to change the narrative. It is no longer about growth, jobs, and investment.

It is about launching the most ambitious attack on black money since Indian Independence.

Has this risk backfired?

Frankly, as far as 2019 concerned, I think the net effect will be minimal.

Modi will get credit in some quarters for taking a bold gamble to squeeze the fat cats who amassed ill-gotten wealth.

Others will mock him for unnecessarily damaging India's growth recovery and harming ordinary Indians for no reason.

On average, I think these effects will probably cancel each other out.

If the Modi government is successful in extraditing a high-profile fugitive such as Vijay Mallya or Nirav Modi before the 2019 election, the government will be able to link demonetisation to this and turn it into a positive.

Again, I think any negative effect is probably on the margins.

The government is working overtime (through the GST Council) to iron out the most severe kinks in the GST system.

It won't necessarily operate as a well-oiled machine by Spring 2019, but I think the worst will certainly be in the past.

Indeed, the most recent GDP numbers suggest that the economy is in fact recovering from the twin shocks of demonetisation and GST.

I think where these two actions do damage is when it comes to Modi's perceived competence. Remember that was supposed to be the calling card of this administration.

Whatever you might say about Modi and colleagues, they were supposed to be more competent that the UPA-2 regime.

Modi was the 'CEO CM-turned-PM'. I still think the electorate is willing to give him the benefit of the doubt, but the implementation of demonetisation and GST do not help in this regard. 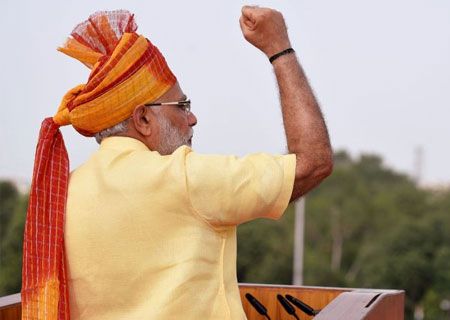 Part II: Why Politics is out of reach for the Aam Aadmi