News
Business
Movies
Sports
Cricket
Get Ahead
Money Tips
Shopping
Sign in  |  Create a Rediffmail account
Rediff.com  » News » 'Centre should come out with a special Act for Sabarimala'

'Hindu unity is possible without any external forces playing any role if their faith is questioned.' 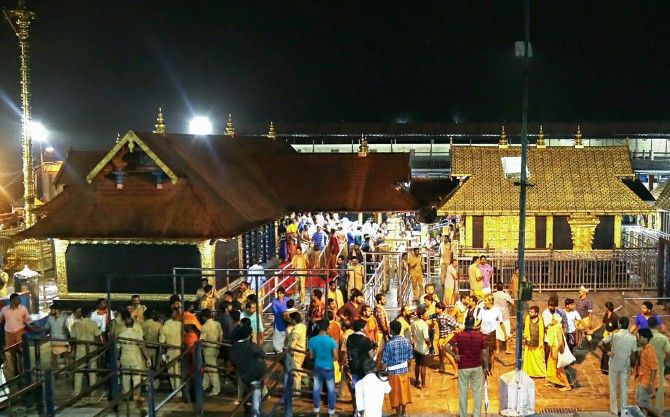 Prayar Gopalakrishnan -- former president of the Kerala Devaswom Board and a member of the Kerala Pradesh Congress Committee -- is at the forefront of the agitation against the Supreme Court judgment on the Sabarimala shrine in Kerala.

"There are umpteen judgments which were not implemented at all, but the state government wanted to take this upon themselves as their duty to implement it immediately," Gopalakrishnan tells Rediff.com's Shobha Warrier.

As a former president of the Kerala Devaswom Board, how do you look at what is happening in Sabarimala?

It was painful, at the same time I saw the unity of all believers in Sabarimala.

When I say believers, it includes not just Hindu believers, but believers from other religions. They too have become part of the believers of Ayyappa.

I also saw the secular face of India at Sabarimala through Lord Ayyappa. Sabarimala heralded the victory of all the believers, eclipsing all the conspiracies and conspirators.

And who created such an opportunity? This government itself.

Do you think the state government was eager to implement this verdict?

Yes, all the people associated with this government are atheists and materialists. That was why they blindly thought they could destroy all beliefs easily.

What we saw at Sabarimala in the last five days, and what the bhaktas, the public and even the officers experienced, was the result of what they purposely welcomed. This kind of tension would not have happened if not for their short sightedness.

It is essential for all the believers to stop what these people are trying to do because beliefs are above everything else. I am glad that a situation arose at Sabarimala so that all the believers could unite against these forces.

I am glad it was the conspiracies by these vested interests that resulted in this unity.

Did it surprise you when Ayyappa devotees who had come from various states stood guard for six days without going back, that so many women came out on the streets protesting against the verdict?

Personally, these happenings did not surprise me at all.

The conspiracy to let young women enter Sabarimala started in 2006 when the LDF (Left Democratic Front) was in power.

When some lawyers approached the Supreme Court in 2006, it was the government under Achuthananadan Sir (then chief minister V S Achuthanandan) that submitted the affidavit that women of all ages could enter Sabarimala. This case remained silent for a decade or so.

On November 13, 2015, my party gave me the opportunity or, let me put it this way, Lord Ayyappa gave me the blessing to be the president of the Devaswom Board. That was when I could understand everything about this case.

When I came to know what the case was all about, I let the Supreme Court lawyer K K Venugopal (now India's attorney general) know our desire to file another affidavit. He then told me that we would not be able to win the case unless we withdrew the affidavit filed in 2007.

I immediately let (then) chief minister Oommen Chandy sir know about the situation and he made corrections in the affidavit filed in 2007.

The new affidavit explained that nobody should do anything against the traditions followed at Sabarimala, and that the Devaswom Board also decided to handle the case with utmost seriousness. 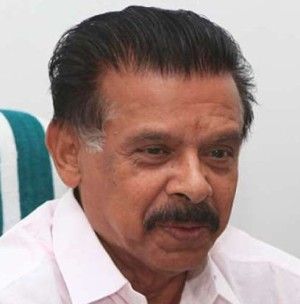 When the Supreme Court judgment came now in 2018, it was as if this government was waiting for such a judgment to come. From the very next day, they showed extreme eagerness to implement it.

You have to remember that there are umpteen number of judgments which were not implemented at all, but they wanted to take this upon themselves as their duty to implement it immediately.

As there was no instruction from the Supreme Court to implement this order from a particular date, the LDF government started working on this from the very next day.

You have been in the forefront against the implementation of this order. Many Congress leaders also have taken this stand. Why?

Because India is secular country, the Constitution of this country has given the right to every citizen to choose a religion of his choice and also follow the traditions associated with the religion.

So, he should have the right to observe the traditions and the government is obliged to let him do so. Our view is that this right should be protected.

Do you feel the verdict did not understand the tradition followed at the Ayyappa temples in Sabarimala?

That is why we said we would go for a review petition; to make the court understand our traditions and rituals.

The most important period at Sabarimala is the Mandala-Makara Vilakku time. Sabarimala opens for five days before that in the Malayalam month of Thulam and you saw what kind of ruckus this government created.

Rahul Easwar was the only person who stood by me on this issue. We were peacefully chanting Ayyappa Saranam in front of the forest guard room at Pampa when the police pounced on us and arrested all of us.

I was given bail when I was at the police station itself, but after making me sit for 12 hours. Rahul Easwar has been sent for 14 days custody.

Do you know how cruel the police had been to him? Is this the way a believer is treated in this country?

The police escorted two women the very next day after providing them police uniforms...

If you look at the Police Act, you will see that it is a punishable offence to give their uniform to common people.

The most important lesson to be learnt is that Hindu unity is possible without any external forces playing any role if their faith is questioned.

We saw the first indication when people assembled in the thousands at the Hanuman Kshetram near the assembly on the 2nd of October. We had expected only 100, 200 people for the prayers, but around 2,000 people joined us.

The biggest change happened when the Pandalam royal family decided to have a protest march there. Surprising even the family, 25,000 people assembled and when the NSS (Nair Service Society

After seeing this kind of outpouring of people, many political parties -- even those who had different opinions on the judgment -- joined the protest.

Many people say it is an upper caste movement and those belonging to the backward communities are not with the protest, that the agenda of the upper castes is to distance the other communities from Sabarimala...

These are the arguments of those who do want to shut their eyes to the changes happening in our society. Anyway, they also saw the reality.

The LDF government should realise that people have woken up to maintain the sanctity of the Sabarimala temple.

I think the Devaswom should give a review petition urgently and the government should not use the police force at least during the Makara Vilakku period.

I am of the opinion that the central government should come out with a special Act for Sabarimala.

While the Congress in Kerala supports the believers, at the national level both the Bharatiya Janata Party and the Congress have not extended the same support.

That is because our temples have tantrika, aagamana, satachara pratishta deities, but it is not so in the northern part of India. So, they do not understand our system.

The case went against us because the judges did not comprehend the traditions and rituals followed in our temples. Only Justice Indu Malhotra understood this. Unfortunately, the lone voice of a woman was ignored even though the judgment was concerning women. 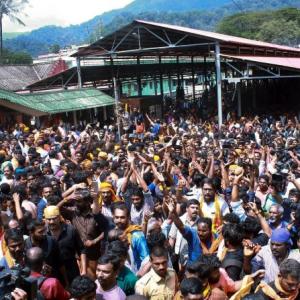