Can Raavan's party make a mark in Indian politics?

'Whether or not Chandrashekhar Azad succeeds or fails electorally, he has already made democratic politics more accountable to Dalits.' "Raavan's brand of fearless Dalit assertion is the natural progression of the politics of dignity that the BSP and Kanshi Ram had introduced to Uttar Pradesh," Ahuja, who has just published Mobilising the Marginalised: Ethnic Parties Without Ethnic Movements, tells Aditi Phadnis.

What broad trends do you see in Dalit politics?

Today, there are three broad, influential trends in Dalit politics: First, there are fewer opportunities for Dalit political parties today because of the BJP's resurgence.

In the 1990s, when Dalit parties came up, the Congress was declining and lots of small parties competed with each other; no one dominated.

It is much easier for a small party to win a seat when voters spread their votes across five or six parties than just two or three.

The 1990s were also the days of coalition governments.

Even if the Dalit parties could not form governments on their own, they could join with others and get some access to state patronage.

Over time, Dalit parties grew in this fashion.

Second, the BJP is now a major competitor for Dalit votes.

The BJP used to be seen as an upper-caste party and a few Dalits would vote for it.

In 2009, for example, just 10 per cent of Dalits voted for the party nationally.

However, the BJP has transformed itself.

Part of this is the individual appeal of Prime Minister Narendra (Damodardas) Modi and his lower-caste background.

Part of it is also the party's strategic outreach to certain Dalit jatis and its symbolic use of B R Ambedkar.

A dominant BJP undercuts Dalit parties, but by increasing the competition for Dalit votes, it could prove beneficial for Dalit voters.

My research shows that when multiple parties compete for Dalit votes, Dalits themselves benefit from a steadier supply of state services and their welfare indicators improve more over time.

Third, apart from electoral politics -- which is episodic -- Dalits are increasingly socially mobilised.

There is a deeper, more long-lasting kind of social mobilisation taking place.

A Dalit public sphere and a Dalit street is making its presence felt.

That was not always the case.

Changing social relations, especially in rural India, ongoing rural-to-urban migration, and improved economic opportunities over the past 30 years have made it easier for Dalits to assert themselves.

Higher literacy rates are also adding to self-awareness among Dalits.

Bigger, nationwide Dalit protests, the inclusion of more Dalit voices by media, and the appearance of new Dalit leaders like Jignesh Mevani in Gujarat and Chandrashekhar Azad Raavan in Uttar Pradesh reflect these changes.

Although they are bound together by caste, Dalit politics in Tamil Nadu and Maharashtra is very different from UP and Bihar. How do we explain this?

You are right, even though the caste system crosses these four large states, Dalit politics there looks quite different.

Historically, there were two very prominent anti-caste movements in Maharashtra and Tamil Nadu.

Yet today, the Republican Party of India and the Viduthalai Chiruthaigal Katchi are minor political players in state politics there.

By contrast, Dalit social movements in Uttar Pradesh and Bihar were negligible yet significant Dalit-based political parties like the Bahujan Samaj Party and the Lok Janshakti Party have emerged there.

It turns out that where Dalit social movements were strong, Dalit political parties were weak, and vice versa.

Social movement should create symbols, discourse, political consciousness, activists and leaders, all-important resources that should then be available to a Dalit party and aid its electoral success.

I find that in Maharashtra and Tamil Nadu, longstanding Dalit movements do indeed produce grassroots Dalit mobilisers as well as Dalit symbols and political consciousness.

Over time, though, regional and national parties, which are multicaste in character, recruit Dalit mobilisers, incorporate their symbols, and discourse in their electoral campaigns.

Emergent Dalit parties are then robbed of the opportunity to mobilise Dalits as an electoral bloc.

We know that without the support of their caste bloc, Dalit parties cannot succeed.

Despite high Dalit consciousness, Dalits in Maharashtra and Tamil Nadu split their votes and express less interest in caste-based voting.

In UP and Bihar without the prior social mobilisation of Dalits, multi-caste parties like the Congress did not feel the pressure to recruit Dalit mobilisers or use Dalit symbols during their campaigns.

This then preserved the opportunity for the BSP and LJP to mobilise the Dalits as an electoral bloc.

The emergent Dalit parties cashed in on the unfulfilled caste aspirations by being the first recruiters of Dalit mobilisers, and producers of the discourse and symbols of a Dalit political consciousness.

How has social media impacted Dalit mobilisation? Less or more than expected?

Social media is a game changer in many respects.

These platforms act as safe spaces for Dalits to express opinions they are otherwise reluctant to share directly with higher caste friends or colleagues.

The effects of this connectivity are strengthening a national Dalit consciousness and democratising Dalit politics.

Exposed to online Dalit discourse from different parts of the country, Dalit youth have begun to imagine themselves as a community across language and cultural boundaries.

Social media makes coordination for protests easier, amplifies the message and facilitates the creation and distribution of content on Dalit assertion.

Digital Dalit activists put pressure on both Dalit and other parties.

They highlight acts of atrocities and discrimination against Dalits.

They also spread the word on Dalit protests.

That said, we know unequal access to the digital universe can privilege some voices over others.

The digitally-empowered Dalits are more likely to be city-dwellers and with a higher socio-economic status.

With availability of cheaper smart phones, these constraints will lift.

I should also note, for all their advantages, digital ties are limited in their durability.

Unless people interact face-to-face and form personal bonds while working together, they are unlikely to be able to sustain collective action with regularity.

Digital collectives, then, inform the Dalit agenda, but they cannot replace grassroots-level organisation.

Dalit movements, activists, politicians, and parties will therefore continue to remain at the center of Dalit politics.

What future do you see for Dalit parties like the BSP? How do you see the rise of Chandrashekhar Azad?

The BSP remains popular among Dalits in UP.

Majority of UP's Dalits and one out of every five voters still vote for the party, making it the second most popular party in the state.

But under Mayawati, the party is stagnating and new competitors for Dalit votes have appeared even in Uttar Pradesh, the BSP's fortress.

In some respects, Raavan's brand of fearless Dalit assertion is the natural progression of the politics of dignity that the BSP and Kanshi Ram had introduced to Uttar Pradesh.

He is charismatic and popular among the youth.

He worries Mayawati because if he forms his own party, or supports another, he could potentially hurt the BSP by drawing away the party's Jatav voters.

For this to happen, though, he will need substantial organisation on the ground.

It remains to be seen if such an organisational network can appear.

Whether or not Chandrashekhar and his Bhim Army succeeds or fails electorally, they have already made democratic politics more accountable to Dalits.

By raising Dalit issues and criticising the Dalit representatives, they pressurise the Dalit and other parties seeking Dalit support.

Through agitation, the movement also monitors the state officials' response to Dalit concerns.

There was a time when government employment was considered the safest option for Dalits. This is changing fast. As employment trends change, is the identity of Dalits changing?

Despite an affirmative action policy, only a miniscule percentage of Dalits actually benefited from reservations in government jobs.

The Indian state was not a huge employer to begin with, and over the past 20 years, government hiring has stagnated completely, at a time when demand for jobs has exploded.

But government jobs have mattered to Dalit politics.

They have enabled the emergence of a small Dalit middle class.

Without the employment with the government, including army, the Dalit organisational class may have remained stunted.

It is not clear how changing employment trends will change the Dalit identity.

So far, systematic studies tell us the following: educated Dalits face discrimination in white-collar labour market, housing market, and as my book shows, in marriage market.

Even when Dalits want to be identified by their professional identity, doctors, lawyers or authors, for example, these efforts fail frequently.

This is because identity is not just about how we see and imagine ourselves.

It is also about how others see us.

The stigma associated with their caste traps Dalits in their identity.

In recent decades, consistently high economic growth has paved the path for the upward mobility of Dalits who have trickled up to the middle class.

A few have even emerged as major entrepreneurs.

These developments could slowly weaken the stigma associated with Dalit identity, however, if growth falters, Dalit social mobility will be hurt. 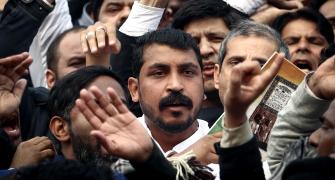 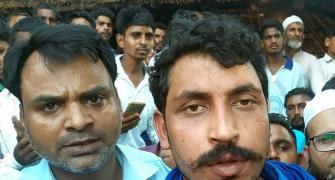 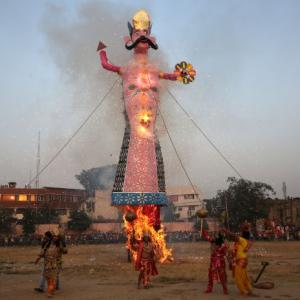 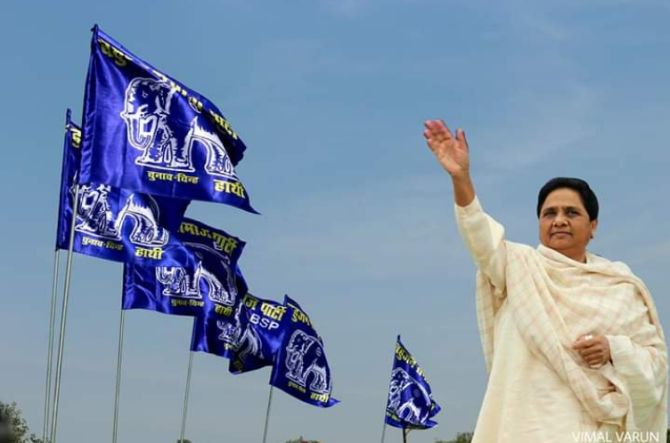