Ahead of the five-phase crucial elections in Bihar, which begins on Monday, Home Minister Rajnath Singh talks about the BJP government and its bight future in the state, beef politics and more in an exclusive interview to CNN IBN. Excerpts: 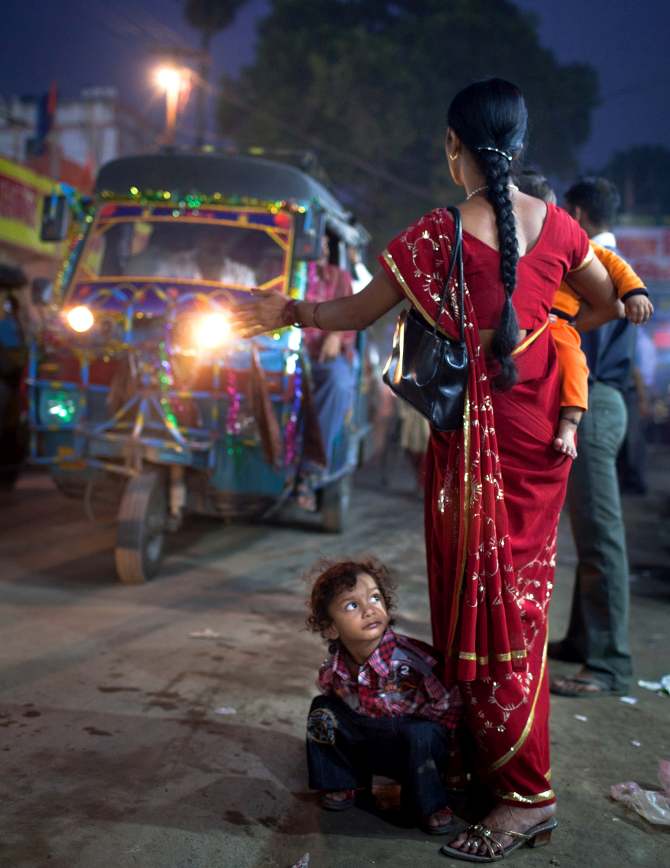 It’s a state election that will set the discourse for the nation, that’s why we are seeing who’s who of the BJP campaigning in Bihar. After the drubbing in Delhi, is Bihar a prestige battle for the BJP?

Every election is a fight for prestige, the BJP takes each election with a sportsman’s spirit not only Bihar. We try to have healthy competition.

It is being said that Bihar’s result will act as a decider for other state elections to come, especially Uttar Pradesh?

Yes, it will have an effect, but I don’t accept this that if we win an election in Bihar we will win everywhere. Sixty eight years have passed and I think the people of this country are aware politically; they understand that for the development of a country, the states need to be developed. There is the NDA government at the Centre, and the people want the same government in their states.

You are talking about a friendly Centre. If the NDA will not get the expected results, will there be no development in Bihar?

I cannot even think about this. We have never differentiated between states where there is a non-BJP government. We have never done this and we will never do this in the future. I am talking about the same government in both the state and at the Centre so that the central government schemes for the people are implemented properly.

1 lakh 25 thousand crore was announced. If the NDA will not come to power will Bihar benefit from it?

Yes it will. It is our duty, as we are in the Centre to develop all the states. We have given this package and we will keep giving funds. The commitment will be fulfilled; there is no difference between our words and deeds. We will not allow the crisis of credibility to arise in India. Crisis of credibility is a challenge for a party like ours.

You have attended various election rallies. In Bihar, Nitish Kumar is saying that this election is between Bihar and bahari (the outsider) because the BJP has not announced its CM candidate. If you look at the hoardings there are only images of Modi and Nitish?

Every political party follows a strategy. In BJP’s political history, there have been elections where we have projected a candidate and also we have fought elections without announcing a CM face. We decide according to our party strategy. Bihar has various leaders who are eligible to become the CM.

All your senior leaders like Giriraj Singh, Mangal Pandey and Arun jaitley have said the CM will be an OBC…

The decision about the CM is taken by the central parliamentary board and the decision is taken keeping the people of the state in mind.

As a senior minister of the party what is your stand on what RSS supremo Mohan Bhagwat has said on reservation?

Let me clarify that the reservation policy has not changed and there is no chance of change.

There have been a lot of things said about the beef ban. The Dadri incident took place and your first comment came after a week. Was the central government waiting for the state government to act?

Don’t say that I took a week to comment. I am a home minister and the PM has appointed me. I commented on the incident the very next day. I am part of the government and if I have spoken it is on behalf of the government. Today elections are fought on the basis of issues. Development and good governance are the real issues. We have seen 35 years of Congress rule in Bihar, and then the Rashtriya Janata Dal was in power. For the last 10 years, the Janata Dal-United is in power. These parties should come out and speak about what they have done. There is no reason to bring in beef to divert the attention of people, this is very sad. Election is a festival of democracy.

Raghuvansh Prasad Singh and Lalu Yadav have talked about beef. Your party members Mahesh Sharma and Sangeet Som have commented on the beef issue too. Who is polarising this election?

Whoever has initiated this is polarising this election. If our political opponents have said something then it is the right of the people to know our reaction. So, we are reacting. If our opponents withdraw their statements we will stop answering them.

Aren’t statements made by the likes of Sangeet Som condemnable?

I will not comment about a particular person, I generally don’t speak about others. But let me tell you that leaders and political parties should be cautious before speaking so that the social harmony is not hampered.

Do you share a good relation with Nitish Kumar?

I don’t believe in having bitter relationship with my political opponents. If we want to make India a great nation, we need everyone’s support. As my PM says, “Sabka Saath, Sabka Vikas.”

After the results, is there a possibility that the doors of BJP open for Nitish?

This cannot be imagined. Kalpanik prahn hai, I don’t answer such questions… We are forming the government in Bihar.

That means it will be a happy Diwali for the BJP?

Wish it’s a happy one for everyone. 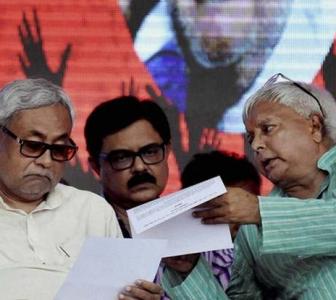 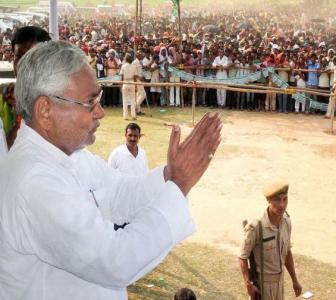 The legacy of the Nitish Kumar administration 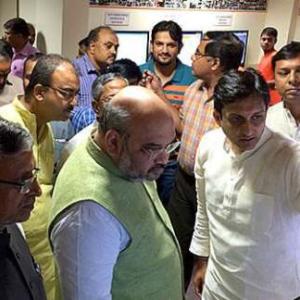 Inside the digital war rooms in battleground Bihar