News
Business
Movies
Sports
Cricket
Get Ahead
Money Tips
Shopping
Sign in  |  Create a Rediffmail account
Rediff.com  » News » 'The Left has been a major enemy of development'

'The Left has been a major enemy of development'

'In the long term, the party that is going to be irrelevant is the Left.'
'It seems absurd that the people of Kerala are the last ones to wake up to the reality that this kind of discredited dogmatic ideological politics has no place in the modern world.' 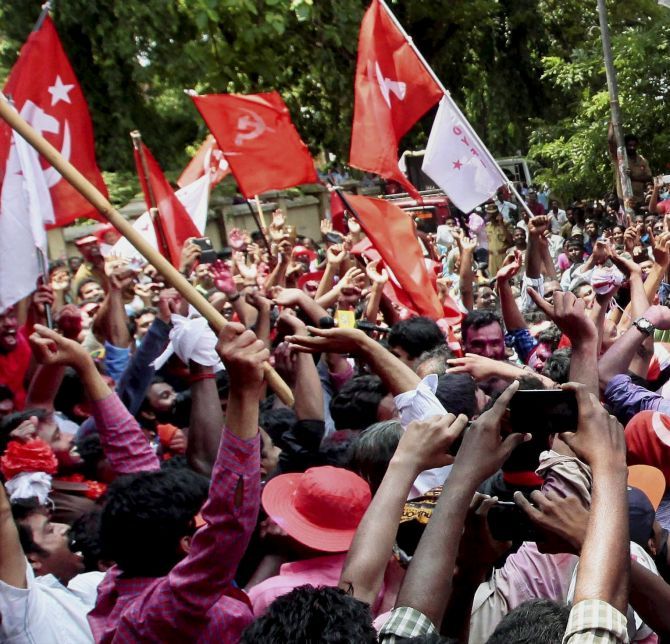 Barely two hours of counting and the trend had already emerged. The Left Democratic Front had wrested power in Kerala.

After its loss, Shashi Tharoor, the former Union minster and Member of Parliament from Thiruvananthapuram, was assigned the tiring job of speaking to the national media about the party's defeat by Kerala Congress V M Sudheeran.

His house was flooded with correspondents from national television channels till late at night on Thursday.

Shobha Warrier/Rediff.com tried to speak to Dr Tharoor in between his appearances on national television, but finally ended up conducting the interview over the telephone after 9.45 pm when all his assignments concluded.

You campaigned for so many candidates throughout the state. Did you get an anti-Congress feeling among the people while you campaigned?

I campaigned in 37 constituencies throughout the state, but I did not get any anti-Congress feeling. In fact, I was quite impressed with the enthusiasm of the people everywhere I went.

So, I was genuinely surprised by the major setback. I thought we would win the elections, although narrowly.

For the last couple of weeks, it was felt that it was going to be a very close contest. Do you think the temple tragedy and the rape and murder of Jisha changed everything for the Congress?

I believe so. Because it happened so close to election day, it was exploited by the Opposition. In fact, even the CPI-M (Communist Party of India-Marxist) leaders were saying that women were not safe under the UDF (United Democratic Front) government and so on, despite the fact that the local panchayat members and the MLA were CPI-M members who failed to help her.

But the UDF campaign really got hurt.

What about the corruption charges? Several ministers who were perceived to be corrupt lost the elections. Do you feel the UDF government had a very corrupt image?

I certainly think the public perception was negative, as you say. The relentless drumbeat of the media hurt us.

It is a part of the current media climate in our country that any government is going to face this more and more.

It seems no one waits for the court to investigate, find the culprit, put them on trial and punish them.

The media today serves as an accuser, judge, jury and executioner, all in one. And that leaves a certain perception in the minds of the public.

I don't want to compromise on freedom of expression, but this has become more of an occupational hazard for politicians.

The UDF had done some significant development programmes, but ultimately that did not get prominence in the media.

You mean the party's image is very important while facing the people?

Yes. Public perception is very important. The fact that baseless allegations were made shapes perception as much as the reality of the tangible development works done.

Now politics in our era of media has become not only a game of tangible development, but that of perception as well.

During the selection of candidates, the news of disagreement between V M Sudheeran and the chief minister (Oomen Chandy) came out in the open.
Finally, the chief minister went to Delhi and had his list approved.
Now that all the tainted ministers are defeated, do you think the differences of opinion within the party also affected its image?

I think it was unfortunate that the entire controversy was made public. Discussions on such matters, which take place behind closed doors, is a prerogative of any party. But when you make them public, it confirms the allegations made by the Opposition and some others.

Secondly, when they were fielded, their fate was damaged by the accusations more than their records.

The way in which everything was played out gave the public a different perception. Again, you can't blame the media, but the party itself.

The one-upmanship of some leaders undoubtedly contributed to this negative image and public perception. 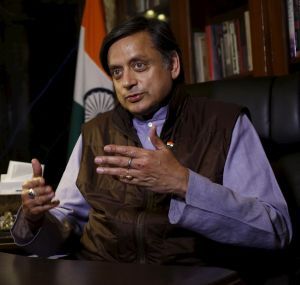 The image of the party was that it had many leaders and they spoke in different languages and there was groupism within the party.

I think factionalism and group differences have become the bane of the Congress for some time now. And it continues to be so.

So, the main problem with the Congress in Kerala was that they were not able to bury the differences and present a united front, which they were able to do in the 2009 and 2014 Lok Sabha elections.

Though the campaign was conducted in a united fashion, factionalism and differences that took place earlier, continued to botch the party's perception in the eyes of the public.

How do you look at the BJP increasing its vote share and coming second in many constituencies?

It is an interesting factor. They went from having 6% to 10.5% and now 15% vote share -- the BJP still has 10.5%, but with the Bharath Dharma Jana Sena 3.9% and a few votes for allied parties, the NDA’s figure is 15% -- which is a significant factor. They can no longer be dismissed entirely.

The party that had not been able to get a foothold in the state for 60 years now has one seat.

True, 15% vote share will not get you any seats. Five of their stalwarts contested from Thiruvananthapuram district and only O Rajagopal won.

But they have been able to make a mark, and they will be a factor in future for three-cornered contests.

They have a very, very long way to go to get a significant presence in the assembly or a chance to even be a part of the government. That will not happen in the foreseeable future.

Some Left leaders felt it was a worrying factor...

Whenever an alternative party does well, I find it interesting.

I find it worrying when the parties that opposed the introduction of computers in India and the use of mobile phones is going to rule a state in the 21st century. This is worrying for me. But then, you have to accept that is the Left.

Some Left leaders see the Left and the BJP fighting each other in Kerala in the future. Because the Congress is decimated in one election, will it happen?

In the long term, the party that is going to be irrelevant is the Left. They have an ideology that has been rejected everywhere else in the world.

It seems absurd that the people of Kerala are the last ones to wake up to the reality that this kind of discredited dogmatic ideological politics has no place in the modern world.

The truth is that the Left had a surprising victory, and let us see how they conduct themselves.

Given their track record of obstructing every progressive measures, and driving away industries with their red flags, Kerala's young boys and girls have to look for jobs in other states.

I think the Left has been a major enemy of development.

The Congress party is losing state after state and its vote share is also reducing. Where do you see the party's future?

Principally in the state elections, it is about what the people perceive about the party at the state level.

In Kerala, for example, there was hardly any national issue discussed in the elections. Even (winning BJP candidate O) Rajagopal's victory has much less to do with the BJP's national performance than his 50 years record which the public felt needed to be rewarded.

If you look at the local content of each state election, you see different issues playing.

Extrapolating national level conclusions in my view may not be justified.

I heard many television anchors talking about a Congress-mukt Bharat. I just want to point out that the Congress party even when it lost power in many states remains the principal party of Opposition and the principal alternative.

Therefore, the Congress party remains in the best position to be the credible national alternative to Narendra Modi.

The fact remains that in all the states, we are one of the principal parties. If we are not the government, we are the leader of the Opposition.

There is no state in India, which is quote unquote free of Congress! So the talk of Congress- mukt Bharat is not accurate.

Will the Congress ever be able to function without the Nehru family? Why this fixation with one family?

Nonetheless, the last two Congress prime ministers, one ruling for five years and one ruling for ten years, were not from the family. So it is too simplistic to assume that only the family leads the party.

But people know who took the decisions in the 10 years...

Do you think after the defeat, it is time for the Congress to introspect and reinvent?

Total re-invention is not necessary as the party has a long history and a strong base and good organisational structure in Kerala.

It has to correct the negative perception some people have right now.

My recipe for that is looking at politics as social service.

Politics is not only about fighting elections every five years, it is also about going out and meeting people and solving their problems between elections.

Once we do this, I don't think the Congress has to worry about coming back to power in the next election. 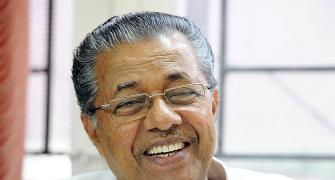 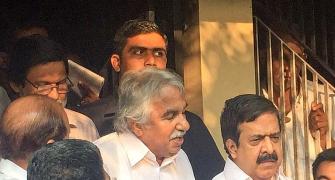 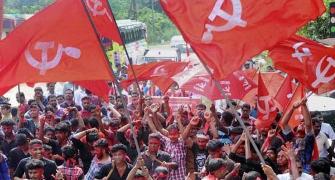 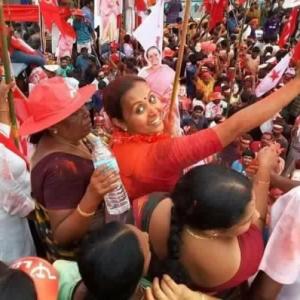 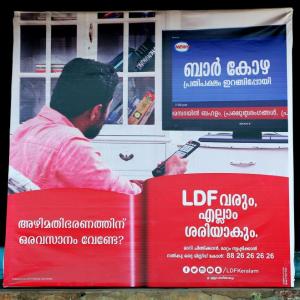