Concerned over the "lack of progress" in the Mumbai terror attacks cases in Pakistan, India issued a note verbale to Islamabad asking it to fulfil its "obligation and commitment" to bring to justice the perpetrators of the 26/11 carnage.

In a strongly-worded diplomatic note, issued on the eve of Mumbai terror attacks anniversary, India expressed "regret" for not receiving feedback on several issues raised by it, including information on the names of seven persons involved in the attacks given by Home Minister P Chidambaram during his meeting with his Pakistani counterpart in June in Islamabad, government sources said.

The names of seven "handlers" involved in the 26/11

included that of two officers in the Pakistani Army. The sources said New Delhi also reminded Islamabad that there has been no feedback from Pakistan on its request for voice samples of Pakistan-based "handlers" of the 10 terrorists who attacked Mumbai on November 26, 2008 in which 166 people were killed.

"It is a matter of regret," it said. India has been demanding voice samples of the handlers whose conversations were intercepted while the attack unfolded as this will help in the investigations into the Mumbai terror attacks. India also pointed out "lack of progress" in the trial of seven Lashkar-e-Tayiba operatives in Pakistan who were arrested in connection with the 26/11 attacks, sources said.
Source: PTI© Copyright 2022 PTI. All rights reserved. Republication or redistribution of PTI content, including by framing or similar means, is expressly prohibited without the prior written consent.
Related News: India, Mumbai, Islamabad, Pakistan, P Chidambaram
Print this article
Kashmir's future secure with India: Chidambaram
PM, Sushma, Chidambaram to finalise new CVC
Rajan, Virmani in running for RBI deputy governor 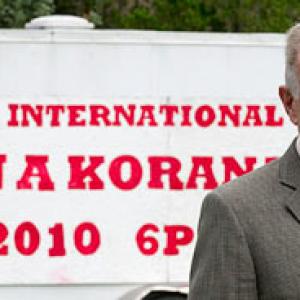 Caste census between June and Sep next year