News
Business
Movies
Sports
Cricket
Get Ahead
Money Tips
Shopping
Sign in  |  Create a Rediffmail account
Rediff.com  » News » Will the Chinese hegemony come to an end?

Will the Chinese hegemony come to an end? 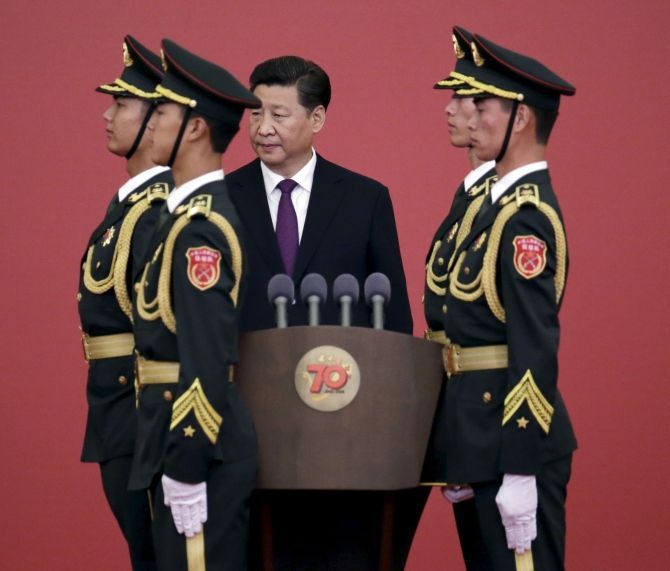 I have recently been in Seoul to attend a meeting of the Mont Pelerin Society. En route, I visited Hong Kong and Taipei. They all live in the shadow of the Chinese dragon, whose hegemonic intentions are clear from President Rodrigo Duterte of the Philippines reporting he had to stop drilling in the South China Sea when China threatened war.

In Hong Kong we had seen the student Umbrella Revolution in 2014 from our hotel room in Kowloon demanding democratic elections which were thwarted by the mainland.

More recently, Zhang Dejiang, the Chinese official overseeing Hong Kong, has stated that its autonomy should not challenge Beijing’s implementation of its contentious new national security laws. But, it is in Taiwan and Korea that the Chinese dragon casts its longest shadow.

In my first visit to Taiwan, from talking to its officials it seems they were buoyed by United States President Donald Trump taking a phone call from their President Tsai Ing-wen of the pro-independence Democratic Progressive Party, and in a tweet questioning the ‘one China policy’ agreed to by President Richard Nixon.

But, after his meeting with President Xi Jinping in his Florida retreat, he backtracked, by granting, in a Reuters interview, an implicit veto to China on US contacts with Taipei.

This, along with the China’s naval expansion and five-fold expansion of China’s equivalent of the US Marines, has greatly roiled Taipei and made it nervous about its future.

But, as Jamil Anderlini reported in Financial Times of May 25, a book by Chang Hsien-yi reveals a Taiwanese secret nuclear weapons programme which by 1988 (when it was stopped under US pressure) was just one or two years from producing the bomb. It could under Chinese threats secretly restart the programme with the same lag in producing the bomb.

With the continuing development of North Korea’s nuclear and missile programme and the threat it poses not only to its own troops in the south, but also of a nuclear attack on the US homeland, one possible reason for President Trump’s changed attitude towards China is the hope that it will be able to rein in its bellicose ally. But is this realistic?

I was first in South Korea in the mid-1970s at the beginning of the Korean economic miracle.

Seoul was a garrison town with the US and South Korean troops massed along the Korean Demilitarised Zone, facing a massive North Korean force only a short distance away. There was a nightly curfew and a nervous feeling of a possible Armageddon.

On subsequent visits (the last in 1991) this feeling had dissipated largely because of the enormous economic disparity which had emerged between the north and the south with South Korea’s spectacular growth.

But there is a new nervousness about the north and its missile and nuclear programme, which, if successful in credibly threatening the US homeland, might lead the US to reduce or withdraw its military shield that has so far successfully deterred a northern invasion.

But there remains a widespread yearning to reunite the Korean homeland. The latest election, which occurred in the middle of the MPS meeting, saw the liberal Moon Jae-in avenge his earlier defeat by the impeached conservative Park Guen-hye.

As his foreign policy advisor Chung Eui-young wrote in a letter to the Wall Street Journal, May 11, whilst seeking the denuclearisation of the north, ‘Mr Moon’s proposal contemplates a formal peace process that goes hand in hand with denuclearisation to give all side the vision of a final solution.’

But, just before the election, the former commander of the joint US-Korean force at the DMZ, retired General Burwell Bell had powerfully argued at the MPS meeting that for the north, regime survival has been the primary aim of the Kim dynasty.

It also wants a reunified Korea under its communist leadership, and sees negotiations with naïve alliance partners as a path to a formal and permanent peace treaty with the US entailing the total withdrawal of US military forces.

The north would promise to denuclearise and scale back its own military to a small defensive force, and welcome international inspectors to monitor the agreement. But, as with similar promises made to successive US administrations to get economic benefits, no credence can be placed on these deceptions to achieve the north’s original aims.

He concluded that accepting such a treaty arrangement would be to sign the death certificate of South Korea. He also noted that without intense material pressure from China the north would never give up the nuclear weapons which are the guarantors of regime survival.

So, will China, as President Trump hopes, apply this pressure?

Not likely, argued General Bell. For China, the status quo is ideal. The US is tied down militarily in the Korean peninsula and discouraged from exerting military pressure in east and south-east Asia, allowing the Chinese to expand into the South China Sea.

But, the north’s actions are making China worry that the regional balance of power will be destabilised. The deployment of the THAAD anti-missile system in South Korea had riled them, as they see it as the start of a greater US deployment of anti-ballistic missile systems on the Asian mainland, weakening Chinese nuclear deterrence and shifting the Pacific balance.

Will these consequences of North Korea’s actions on the status quo persuade China to take out the Kim regime? Only time will tell.

But as General Bell emphasised, time maybe limited. For, if Kim Jong-un succeeds in operationalising nuclear-capable ballistic missiles threatening the US homeland, the US would consider pre-emptive military action. But with the horrifying collateral damage involved is this likely?

If not, Seoul and Tokyo will have to ask if the US would willingly sacrifice Los Angeles for them? Not likely. They will, as President Trump recommended in his campaign, be forced to develop nuclear deterrents, creating a nuclear balance of terror in East Asia, freezing the status quo.

This would thwart the Chinese aim of becoming the East Asian hegemon.

Moreover, to prevent Chinese hegemony, General Bell emphasised, the US build-up of military capability in the Western Pacific and South China, and a ‘wide ranging Pacific Area Security Treaty Organisation of like-minded countries to counter both China and North Korea is potentially in the offing’.

It seems that the US may finally be ready to confront the dragon. 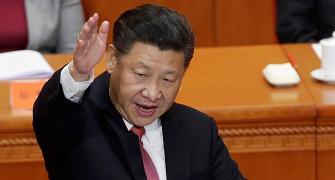 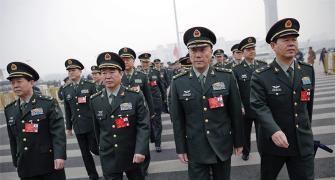 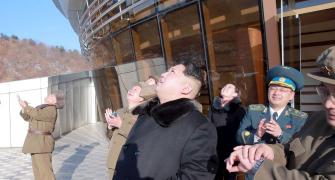 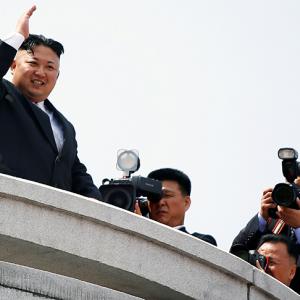 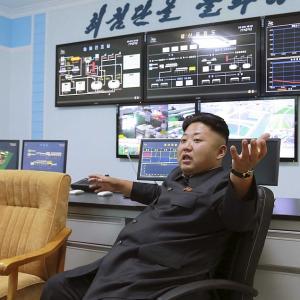