From belonging to an endangered tribe, somewhere along the line I had turned into a dangerous species myself: A lying, scheming, traitor, who had let the country down, says Durba Dhyani. 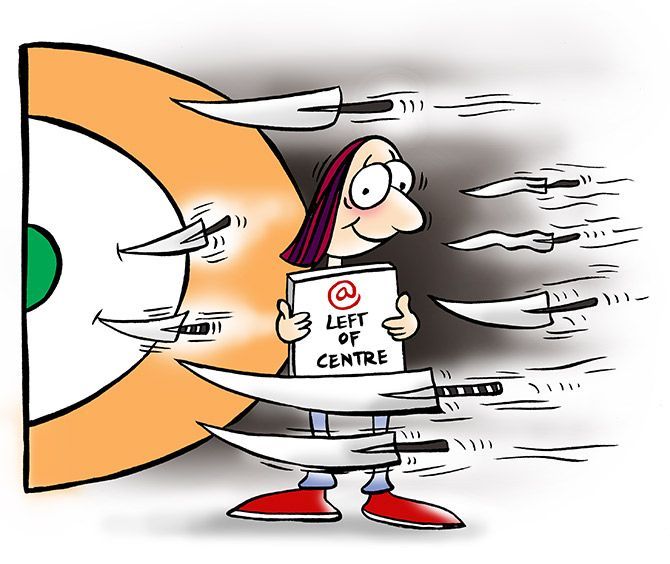 A few days back, I had penned my anguish over the Dadri Lynching. Following this, I happened to receive a few endearments from some of those who had been kind enough to read it -- 'presstitute, sickular, libtard, commie' were some of those. This led me to introspect deeply and ask myself some existentialist questions -- like 'Who am I?' 'Where am I from?' and most importantly, 'Where was I when...?'

It all goes a long way back, perhaps to the time when somebody first threw the seemingly innocuous question my way: 'Where are you from?' Now, this bouncer can be trickier to handle than you imagine.

'Excuse me, hope you don't mind me asking, but where are you from?'

Quite, but not quite. I'm very Bengali, but only because I've lived in Bengal for most of my life.

'I see. So where are you originally from?'

You could say I'm from Assam, though I haven't really lived there.

'An Assamese, of course! I knew it from your features! Lots of similarities between the Assamese and Bengalis, no?'

You are so right again, but I'm not exactly an Assamese, I'm a Bodo.

It is one of the many tribes of Assam. (me, trying to help).

'Yes, I know I know. The Bodo militants. Fighting for statehood and all.'

Er... not all of us are fighting for statehood. Most of us are quite peace-loving and content with the current state of things, as long as we get our glass of jou (rice beer) after a hard day's work.

This exchange, with small variations, was oft repeated in the course of time. The good thing in all this was, of course, the fact that others were often absolutely certain of my identity even when I wasn't.

Like the time in Kolkata, when a lady exclaimed, 'Wow! These Nepalis have started speaking such good Bangla these days!,' never for a moment doubting that I was a Nepali.

Or the time I visited the Bharatpur bird sanctuary in Rajasthan with my husband, and the ticket seller demanded Rs 450 -- 50 bucks for his ticket and 400 for mine. When my stunned husband wanted to know why there was such discrimination, he was told, 'Madam toh Korea se hain. Foreigner ke liye alag rate hai.'

Needless to say, this was nothing short of a revelation! While I'd been under the assumption all this time that I was an Indian, turned out I'd actually been a Korean all along!

Good to know, and better late than never, I thought. At least the question of my nationality was now resolved.

But, then, on the first day of my job as an 'announcer' at All India Radio, Delhi, I was asked by one of the duty officers, 'China mein toh aap log sab kuch kha jate ho, nai?' My newfound Korean nationality seemed to be already threatened. Was I from China in reality, after all?

New Delhi is, of course, the United States of India -- the world begins and ends with it and there are no geographies beyond. So it came as no surprise when Delhi-ites confidently gave me whatever identities they liked -- Thai, Burmese, Naga, anything that would suit their fancy.

If I tried to explain that the North East actually consisted of several different states, with their different cultures, I would be promptly dismissed with 'Chill yaar, sab ek hi baat hai.' I was glad to know there was no need of specifics. So then I could just say, 'I am from the North East' and be done with it.

This seemed to be working well, until my recent reluctance to Modi-fy some of my views caused some of my dear friends to conclude that I am not from the North East at all -- my address was actually Left of Centre. 'Sickular, leftist, presstitute, aaptard, communist' were some of the new identities I was given, leaving yours truly to ask herself the intriguing question: 'Who am I?

From belonging to an endangered tribe, somewhere along the line, I had turned into a dangerous species myself: A lying, scheming, traitor, who had let the country down. Before I could wrap my head around such an evolution or mutation, depending on how you look at it, another googly began to be frequently thrown my way -- the dreaded, 'Where were you when...?'

'Where were you when Kashmiri Pandits were being driven out of their homeland?'

'Where were you when Mohammed Ghori invaded India?'

'Where were you when the milk was boiling over?'

Now I don't mind these questions in the least. Also, if not from the North East, I am happy to be from the Left of Centre (isn't that where the heart is supposedly located?).

But, then, I might just be offending some people by refusing to take offence. These days, I'm told, you are not a true nationalist unless you are easily offended.

I see that I am testing your patience and can already sense the next question coming: What are you doing here?

Indeed, as pointed out by the honorable minister of state for parliamentary affairs, Shri Mukhtar Abbas Naqviji, honorable member of Parliament Shri Giriraj Singhji, respectable Haryana Chief Minister Manohar Lal Khattarji and others, I and the entire beef-eating North East better be packed off to Pakistan without delay.

But will they accept us, pork-eaters, as their own though? Perhaps not... and so my quest for nationality continues. 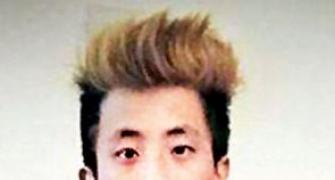 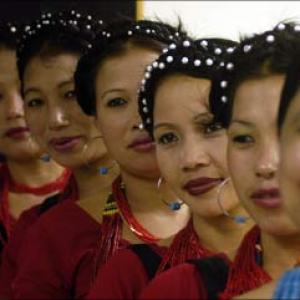 Why people from N-E excel in the services sector 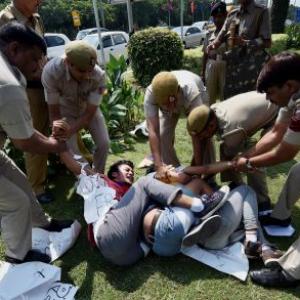