Will Kashmir see an Egypt-like uprising?

The indifference, apathy and inaction in Kashmir by the governments both at the Centre and the state has added to a rush by the young people to become the masters of their own destiny, says Seema Mustafa.

It does seem that the interlocutors have completed all that they could in Jammu and Kashmir. The recent outburst by them against the separatist leaders is indicative of not just frustration, but amounts to closing doors yet again. Somehow in dealing with Kashmir, ego's of not just governments in Delhi, but also individuals come into play where rejection is taken personally rather than as a reflection of, and perhaps a reaction to, policies.

To understand this one will need to go back just a little in time. Unable to control the protests in which 112 young people were killed by the security forces, the government decided to take an all party delegation to Jammu and Kashmir. Union Home Minister P Chidambaram led the delegation, with Chief Minister Omar Abdullah playing a distinct second fiddle -- a role he seems to have adjusted to quite happily.

The Valley, unhappy and angry, looked at this exercise with disdain, more so as the separatists continued to be under house arrest. It was only when the Opposition leaders in the delegation insisted on meeting everyone, including the separatists, that the Valley relaxed a little and began to hope that perhaps something would come out of the visit. Of course, nothing did.

And instead of conceding the MPs demand for appointing a parliamentary committee to begin a dialogue with Jammu and Kashmir, the government decided to appoint three interlocutors instead. The rest is history as despite five visits they have been unable to break ground, and even the United Progressive Alliance government has come to the conclusion that this particular exercise has come to nought.

But now what? Nothing, again silence. Some words from the National Conference asking Prime Minister Manmohan Singh to begin talks. No response. Some news that perhaps the home minister would like to begin the talks, but in the tussle neither is moving forward. Not a word from the Congress, only opposition from the BJP, even as the state government directs its police to arrest the able bodied youth in a bid to ward off a summer stir.

Facebook and the Internet are buzzing about the possibility of an Egypt-kind of uprising in Kashmir this spring. The UPA government that has allowed the time to go by without stirring a finger to address the concerns and aspirations of the people, now is supporting a massive crackdown in the Valley where hundreds of Kashmiris, mostly young, are being arrested in midnight swoops by the security forces.

Omar Abdullah who has lost all contact with his people has been ruling through the police force, a fact that has only added to his unpopularity in the Valley. The arrests that will gather force as the days go by, with the separatists getting ready to join the youth in jails, is not going to work. The anger is so widespread, the oppression so real, that the Kashmiris are unlikely to be stopped from registering their protest by the arrests.

The danger instead is that by putting the local leadership in jail, the government will leave the space free for extremists from across the border to call the shots and direct the movement, perhaps, into violence.

Currently the mood is for peaceful protests, with the success of the people of Egypt being projected as a major inspiration by the young Kashmiris giving vent to their views on Facebook. The separatists in the Valley -- Syed Ali Shah Geelani, Yasin Malik and others -- all have a clear stake in keeping protests peaceful that are not necessarily shared by those who would like to stoke fires from the safety of Pakistan.

Yasin has been saying openly that the danger was violence, and the government by continuing the repression and refusing a dialogue, was helping those who would like to see militancy and bloodshed return to the streets of Kashmir.

The foolhardiness of the governments in both the state and the Centre was completely exposed last year, when it compounded the situation by directing the police to fire at protestors with the result that 112 boys were killed and the Kashmiris were completely alienated.

The arrests before the snows melt seems to be another step into the dark by the government that, for reasons still unexplained, seems to be reluctant to open talks with all sections of society in the state. The sticking point has never been fully explained, considering that even BJP leader and former Prime Minister Atal Behari Vajpayee showed little hesitation in opening a dialogue with the Kashmiri political leaders, including the separatists.

The conditions forwarded by Geelani and Hurriyat leader Mirwaiz Umar Farooq, according to both of them, are negotiable. In that as Geelani himself has said more than once, the demand to recognise Kashmir as a dispute can be 'discussed' while the others centre round the release of prisoners and withdrawal of the Armed Forces Special Powers Act.

The point is that the government knew this fully well but has deliberately decided to drag its feet, doing perhaps irreparable damage as the clock ticks on. The fear of a spring uprising would not have dogged the government, and nor would 112 boys have had to die, if the dialogue process had been initiated at the onset by the government.

Prime Minister Manmohan Singh was too preoccupied with health matters to seize the initiative that had passed into the hands of an assertive home minister at the beginning of the UPA's second term in office.

And Chidambaram was clearly disinterested in talks. Unfortunately the chief minister was equally disinterested in efficient, sensitive governance leading to the protests of 2010 that the authorities now fear, will feed into the uprising of 2011.

The all party delegation that the home minister had escorted to Jammu and Kashmir had recommended the setting up of a political/parliamentary committee. This too was not accepted by the UPA government with three lightweight interlocutors being appointed instead. The reality is that in doing so the government has not retained the status quo, as many in the establishment still believe, but the indifference and the apathy has added to a rush by the young people to become the masters of their own destiny.'

If the people do come out on the streets, as the authorities are almost certain they will, the government will have to decide whether to tackle it like Egypt or like Libya. In the choice will lie the future of both Kashmir and the rest of India. 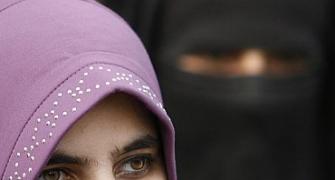 Time for PM to say 'No azaadi'

Kashmir: Why India has nothing to fear