'In our democracy, it is not one Rama who will deliver the ideal State (or Ramrajya) but many Vibhishanas, who speak up and question when things start going wrong,' says S S Venkateswaran.
Illustration: Uttam Ghosh/Rediff.com 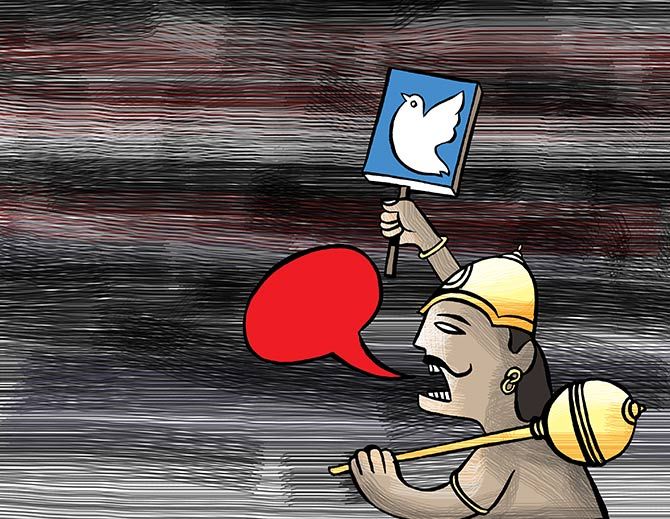 The war was imminent.

Ravana had not sought the advice of his ministers. His ego and arrogance had precipitated this situation.

It had become a personal battle against Rama and Lakshmana.

Kumbhakarna, his younger brother, stood before him and said: "Great King! Ignoring the principles of statecraft, you have run into great danger. If you had any grievance against Rama and Lakshmana, you should have met them face to face and defeated and slain them before carrying off Sita."

However, having spoken thus harshly, Kumbhakarna looked at Ravana and saw how his words pained the king.

Affectionate as he was brave, Kumbhakarna could not endure the sadness on his brother's face.

However, Vibhishana, Ravana's other brother, felt bound to make his utmost effort to save him and the whole Rakshasa race from doom.

He stood up and spoke: "You have brought Sita and, with her, death for yourself and your race. Your first duty to yourself and your people is to restore her to Rama. If you fail in this, we shall all assuredly perish."

"I put up with your talk thus far," he shouted in anger, "because you are my brother. Else you would by now be dead."

Vibhishana realised that there was no place for him in Lanka after this and decided to renounce all his possessions. He even left his wife behind and proceeded straight to the spot where Rama and Lakshmana were camping.

The way the rest of the epic plays is well known to us. Rama wins the battle with Ravana and it was Vibhishana's knowledge about the secrets of Lanka that proved critical to Rama's victory.

After slaying Ravana and winning the war, Rama anointed Vibhishana as the king of Lanka.

There is a reason why this episode from Ramayana -- the version used here was edited by C Rajagopalachari -- is worth recounting in today's India.

The idea of India with which this nation was born seven decades ago is facing an existential crisis.

The majoritarian view of the nation is undermining democratic institutions and their autonomy.

In a nascent democracy such as ours, it takes time for institutions to mature and fully actualise their role in the society. But till such time, they need to be protected and our inability to do so could fatally wound a fledgeling democracy.

The most worrying aspect is the eerie silence and the passive acceptance -- much like Kumbhakarna -- among those who are charged with raising their voice in times such as these.

Today's political parties have been reduced to individual cults and there is little difference between them on matters of actual policies.

Supporters blindly follow leaders and accept all diktats. There are no internal debates and disagreements and any dissent is viewed as a betrayal.

The question we must ask ourselves is: Should democratic discourses be dictated by personalities?

What is our (citizens') role is how decisions are taken?

In other words, to choose a leader like Rama, who is benevolent, brave, just and efficient, and to establish a Ramrajya, citizens have to play Vibhishana's role.

Vibhishana was the youngest of the asura royal family. He was neither fearsome warrior nor a master of sorcery like some of the others in Ravana's court.

On his own, he would not command any respect among the asuras since he was not comparable to his more illustrious brothers.

Indeed, he risked his life by choosing to abandon Ravana and reaching out to Rama. But he decided to question and chose dharma (or the righteous way) despite enormous pressure and threat.

Similarly, as citizens, every day, and often in very small and arguably insignificant ways, we are faced with the same choice: To act and question what we see is wrong or to ignore.

No such individual action may create history and we may not become either heroes or villains. Yet, raising questions when things do not seem right is indeed an act of immense bravery.

In our democracy, it is not one Rama who will deliver the ideal State (or Ramrajya) but many Vibhishanas, who speak up and question when things start going wrong. 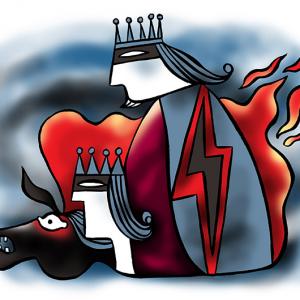