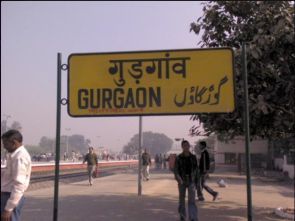 'Our priority cannot be better cities. Since real change is not possible, we must satisfy ourselves with a change in name,' says Aakar Patel.

On flights that are arriving at Kempegowda airport, the air hostess announces you are landing in 'Bangoloru' or 'Bangoluru.' That is how most people pronounce the name of this city, which was renamed officially by the BJP in 2014, along with 11 other cities in Karnataka.

The name was changed from Bangalore to Bengaluru, but people outside the state are not familiar with the new name and so the confusion produces 'Bangoluru'.

The BJP has changed another name, turning Gurgaon into Gurugram. The RSS has been using the name Gurugram for a long time and the government has followed its lead.

Supporters say the name change is necessary because the word Gurgaon is a corruption of the original name. This was apparently where the warrior guru Drona of the Mahabharat's Pandavs lived and worked.

Opponents, who include many businessmen based in this wealthy suburb of Delhi, say the change in name will affect the 'brand' of Gurgaon. It has become the largest software and IT services hub in north India and many global businesses have their country office in Gurgaon.

So who is right? Those who support the renaming or those who oppose it?

Renaming cities in India began 20 years ago in 1996 when the BJP and Shiv Sena renamed Bombay. That was different from Gurugram because most people used Bombay and Mumbai and also Bumbai, depending on what language they were speaking in.

The same argument of opponents, that Bombay was a brand and this brand would be damaged, was made then.

Looking back now, and 20 years is a whole generation, it doesn't seem that the brand was damaged by the renaming. Mumbai's issues are structural. It offers employment to outsiders, but has poor living standards for them. It is difficult for a middle class individual or family to live comfortably in that city because property in the few good neighbourhoods is more expensive than New York or London.

Public transport is of Third World type and about 10 people die every day on its local train tracks. People who choose to invest in a city are attracted to or put off by such things and not new names.

The renaming of Mumbai was followed by Madras, which became Chennai, to the surprise of non-Tamilians who had never heard the word Chennai before the late 1990s. Madras was a British built city, and came up around their first fort in India, Fort St George, which is today where the Tamil Nadu assembly is.

The Communists then renamed Calcutta, which again was a city which always was pronounced in three ways. Kolkata when speaking in Bengali, Calcutta in English and Kalkutta in Hindi or Gujarati. As with 'Bangoloru' some are unfamiliar with the name and render it Kolkotta, rounding off the A into an O.

Under the Communists, Kolkata also renamed a particular road in the city. Harrington Street became Ho Chi Minh Sarani. This was done because the American consulate stood on it. I do not think the Americans are embarrassed by such things and it was not a mature thing to have done. Showing defiance in such a way is not brave or clever.

Let us return to the problem of pronunciation. Those who support renaming say that it is a rejection of foreign values and an assertion of the local identity. This is eroded by the reality of other Indians mangling the name of the place.

The BJP has long wanted to rename Ahmedabad, a city built 600 years ago by Ahmed the first of the Gujarat sultanate. The BJP wanted the city to be called Karnavati, after the Solanki king Karna. This renaming has not happened, but the fact is that Ahmedabad has already been renamed unofficially because all Gujaratis call it 'Amdavad,' and it is only the outsider who calls it by the authentic name.

Despite the irritation that many feel, there is not much damage that the renaming seems to do. Nor is there much benefit. The question is why this renaming fever, now 20 years old, continues to burn. That is obvious. It is an easy way for political parties in India to dominate the news for a few days.

The media is interested in such things even if the result is purely symbolic. Real change, which transforms our poorly designed and poorly managed urban spaces into smart cities, is very difficult to do. We do not have the resources to do this, and nor should it be a priority in a part of the world where the real problems are poverty, illiteracy, violence, health and hunger.

Our priority cannot be better cities. Since real change is not possible, we must satisfy ourselves with a change in name. 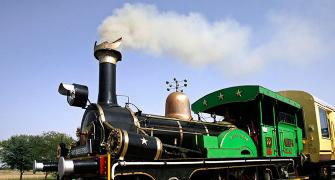 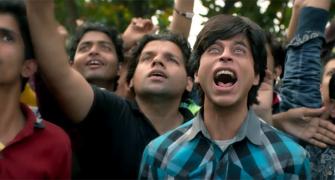 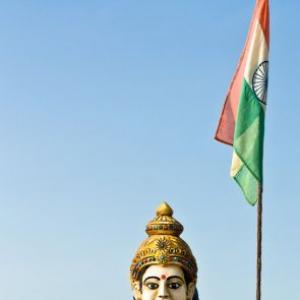