News
Business
Movies
Sports
Cricket
Get Ahead
Money Tips
Shopping
Sign in  |  Create a Rediffmail account
Rediff.com  » News » Why is society apathetic to our children's needs?

Why is society apathetic to our children's needs?

Children as a collective seem to be no one's concern anywhere. Nothing is made child-friendly including the toys which being cheap and poorly made, putting them at risk, says Mahesh Vijapurkar.

Unconcerned India seems to be happy to produce children and then mostly leave them to fate. If at all, each individual child has a place in the hearts of the parents -- billionaires to those in grinding poverty as well as in between -- but as a culture, they are ignored as a class as if they are just an attendant consequence of life.

It is not a single child's problem: they get used to what they are given: space, facilities, risks etc. Children's policies are aimed at keeping them alive, reducing the infant mortality rate etc.  But what about their survival during their infancy and thereafter till they cease being children?

Nothing illustrates this better than the loss of Mahi's death in a borewell where, once inside, she must have suffered harrowing moments, hours or days the agony of which can only be imagined. That there have been other children caught in similar traps, Prince onwards, maybe several before the advent of 24x7 news television.

As a country, we have not learnt simple lessons which we ought to have by now from such avoidable tragedies. Nor have the culprits who let such tragedies happen been punished enough. The news cycles, pushed by television rating points have not highlighted the arrests of contractors, their trials and exemplary punishment, if any.

Only the other day, a child fell from the 10th floor of a day-care centre in Navi Mumbai but miraculously escaped but around the same time, a 12-year-old school child was crushed by his school bus implying that even in organised situation where things ought to work safely, things have and do go wrong. Didn't the day-care know that gaps in the balcony should have been filled?

Though such facilities like play groups, pre-schools, and day-care centres appear institutionalised and in the private sector, they are unregulated, have absolutely no norms. There, however, are norms as to how many persons a restaurant can seat to a given area or suffer a visit from ACP Vasant Dhoble and the wrath of his hockey stick. Elsewhere, nothing matters: a girl walking on a sidewalk, as it happened in Thane, can suddenly find herself in a drain because its manhole was missing. The civic body not even issue an apology.

It is not just the overloaded and jam-packed autorickshaws ferrying children between home and school that put them at risk but even paid-for bus services organised by schools find the managements on the defensive or full of excuses after a tragedy. The schools like to wash their hands off, the bus operators say strict rules are impossible to follow and the vicious cycles of tragedies, media coverage, pity and sympathy which mean little in the absence of affirmative action.

These, unlike the children dying in borewells, appear to be urban problems where their safety is at risk everyday they play in the building drives where cars can come and go. In schools, they have no playgrounds, and civic bodies allow spaces reserved for such purposes to be misused for other purposes -- commercial to residential -- even if it is by fudging records are misuse of office of powers that be.

Schools -- most private and almost all municipal and government -- cannot even provide clean toilets and in rural areas, the broken down wall or the nearby bush passes off as the best facility. Proper hand washing practices cannot be even taught since they run with little or no water, thus putting the child to risks of infection. One must have seen children at loose end in villages, whether they attend school or not.

The point being laboured here is that children as a collective seem to be no one's concern anywhere. Nothing is made child-friendly including the toys which being cheap and poorly made, can jeopardise a child in a variety of ways. It could be from the small wheel of a toy car which can choke it to the lead which makes it appear all bright and shiny.

Sheer unconcern and belief that a child would somehow make it through the childhood is the bane of Indian mindset. There were, according to the 2012 Census 155 million children between 0-6 years in 2011. If those who survived that delicate stage into school-going age, imagine what they navigate through their formative years. I would think they manage to do it on their own, thank you.

Mahis and Princes are treated, unfortunately treated as episodes which happen here and there and the full picture of what a child goes through, unknown to itself of how better it could otherwise have been. Which, to say the least, is heart-breakingly, sad.

But where is the guarantee that idiot sinking a borewell would fence it off? I'll bet my best shirt and say that sooner or later, another misfortune involving a child because of societies' general unconcern would happen somewhere in this country. It could be just round the corner. Because, we are apathetic to our children's plight. 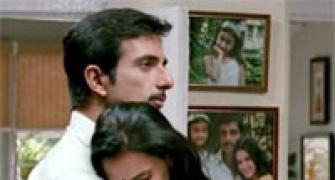 Review: Maximum never quite gets going