Why is Indian culture so anti-female?

Rajeev Srinivasan on whether the tragic cases of several women grievously injured in India has some larger lessons that we need to learn.

It has been precisely one year since Sowmya was murdered in a particularly horrific manner. Her family's sole bread-winner, she was working in a 'Homestyle' store in Cochin, Kerala. She was commuting by train to her home near Shoranur on February 1, 2011 when she was assaulted, raped, and left to die.

A one-armed vagrant named Charly aka Govindachami boarded a women's compartment where Sowmya was the lone traveller. Apparently he terrorised poor Sowmya and chased her around the coach, smashing her head against the walls. Finally he pushed her out of the moving train on to the tracks.

The thug jumped out after her, raped the injured girl brutally on the tracks, and then bashed her head in with a rock. He left her to bleed to death. She lay in a coma for several days, and died on February 6, 2011.

On November 11, 2011, Charly aka Govindachami was sentenced to death by hanging by a fast-track court. This is obviously a case in which capital punishment is imperative; Judge K N Raveendra Babu also added a life sentence and rigorous imprisonment for seven years -- presumably he felt that the death sentence may not be carried out.

The one-armed beggar's defence -- he did not deny the accusations of rape and murder, and the sentencing judge noted that he was also named in eight previous cases -- was that he was a handicapped person, and therefore deserved compassion!

The viciousness of this act is shocking, especially in Kerala where women generally have had economic freedom and a large presence in the workforce for many years. I am sure many other women have begun to re-evaluate their personal safety when they commute to and from work by public transport.

The absolute cruelty of this act is only matched by the incredible story of Aruna Shanbhag, who has been in a coma for 38 years. When she was a 25-year-old nurse in Mumbai, she was choked with a dog chain and sodomised in the hospital basement by a sweeper. The asphyxiation cut off the blood supply to her brain, leaving her a vegetable, in which state she has remained.

Startlingly, it appears that her attacker, Sohanlal Walmiki, was only tried for robbery and attempted murder -- and not for rape or sexual molestation or sodomy. He apparently served two concurrent seven-year sentences for the robbery and attempted murder, that's it. No wonder Judge Raveendra Babu felt in Sowmya's case that it was necessary to impose the additional punishments.

Then there is the remarkable case of Sister Abhaya. This 19-year-old was found dead in 1992 in the well of a Catholic convent in Kottayam, Kerala. The initial report suggested suicide and death by drowning, but on further investigation -- thanks to the unceasing efforts of community activist Jomon Puthenpurackal -- it is almost certain that it was a case of homicide: the actual cause of death appears to be head injuries caused by a blunt instrument.

Certain influential elements are rumored to have conspired to sweep this case under the carpet (the initial investigating officer Augustine committed suicide). There were attempts at character assassination against Sister Abhaya. After several investigations, which appeared to have been thwarted and sabotaged at every stage, the CBI finally arrested two Catholic priests, Kottur and Puthrakkayil, and a nun, Seffi, in 2008, sixteen years after Abhaya's death.

Under narco-analysis, the trio, according to CBI reports, confessed as follows: Abhaya went to the kitchen early in the morning of her death to get a drink of water from the refrigerator. It appears Abhaya happened upon the nun and the two priests in 'suspicious circumstances' in the kitchen. Worried about being exposed, Seffi hit Abhaya on the back of her head with the blunt end of an axe. Then, fearing she was dead, the trio dumped Abhaya's body in the well. The CBI accused the trio of murder, destruction of evidence, and defamation.

In a remarkable coincidence, soon after this, the Supreme Court held that the results of narco-analysis (also known as truth-serum-based analysis) could not be admitted as evidence. Thus, for all practical purposes, the Sister Abhaya case is in abeyance at best and is nullified at worst. Poor Abhaya, twenty years later, has not received justice, and probably never will.

Now comes the story of a 2-year old, severely abused girl-child named Falak who is fighting for her life at the All India Institute of Medical Sciences. Although the details are murky, she was injured by a 15-year-old girl (herself sexually abused) accused of battering Falak and inflicting severe brain and chest injuries.

On top of this comes a UN report on the status of the girl-child which states baldly that India is the worst place in the world for a girl child, based primarily on the number of deaths of girls below five as compared to that of boys. China -- widely known for its 'missing women' -- is the other big culprit.

Why is Indian culture so anti-female? The statistics and the explanations about the malign neglect of girls make for grim reading; these are attributed to dowry and caste as though these were absolute truths. But most people do not realise that the current, offensive dowry system is a colonial-era construct, according to a landmark study by Veena Talwar Oldenburg of Baruch College, New York.

In her path-breaking 2002 book, Dowry Murder: The imperial origins of a cultural crime, Professor Oldenburg observes that the dowry system, which had been managed by women in pre-colonial times, was perverted by British colonial practices so that 'an invaluable safety net was turned into a deadly noose.' Here is an excerpt from the description of the book:

...Veena Oldenburg argues that these killings are neither about dowry nor reflective of an Indian culture or caste system that encourages violence against women. Rather, such killings can be traced directly to the influences of the British colonial era. In the precolonial period, dowry was an institution managed by women, for women, to enable them to establish their status and have recourse in an emergency. As a consequence of the massive economic and societal upheaval brought on by British rule, women's entitlements to the precious resources obtained from land were erased and their control of the system diminished, ultimately resulting in a devaluing of their very lives. Taking us on a journey into the colonial Punjab, Veena Oldenburg skillfully follows the paper trail left by British bureaucrats to indict them for interpreting these crimes against women as the inherent defects of Hindu caste culture...

Thus, as in many other things, it could be postulated that the devaluation of women was a consequence of imported British practices, imbued with patriarchal Christian ideas. Much the same can be said of the practice of child-marriage and purdah, which were imposed as a result of Muslim invasions.

This stands to reason, because traditional Indian culture places a premium on the female -- note, for example that India is a motherland, not a fatherland. Strikingly, it is only in Indian religious thought that females are not subservient: observe the powerful figure of Kali, representing the female principle, depicted as dancing on the prone body of her consort. Or the benign mother-and-child image of Baby Krishna and Yasoda, a much-loved icon and metaphor. Or the figures of Gargi and Maitreyi, respected sages from Vedic and Upanishadic times.

In fact, India may well be an exception to the hypothesis that plough-based agrarian societies value male upper-body strength, as opposed to hoe-based agrarian societies, where women play an equal role in production (see the Economist article 'The plough and now' from May 2011 referring to a paper from N Nunn of Harvard and P Guiliano of UCLA, On the Origins of Gender Roles: Women and the Plough). Their hypothesis suggests that long-lived prejudices about the (lack of) value of women arise in plough-based societies.

In contrast, Kerala, with its strong agricultural tradition based on paddy cultivation -- and thus the plough -- is matrilinear and matriarchal among its Hindus, which has almost certainly led to its excellent (girl) child-mortality rates and high life expectancy for women (76 years, roughly the same as for white women in the US).

The experience of women in the Northeast is similar, and there also there are pockets of matriliny. The participation of women in the workplace is high in both these areas -- women on average have greater economic independence; and fertility has come down as men seek to marry employed women, and are loath to lose their income should they get pregnant frequently.

The conclusion then is that there is nothing inherently anti-female in India, but that there are certain entrenched, perverted social attitudes. That is small consolation for Sowmya, Aruna and Abhaya, true, but individuals in every society do suffer. For instance, despite the accusations of widespread dowry deaths, it turns out that, as a percentage, more women in the US are killed by husbands and boyfriends than those killed in dowry disputes in India.

That is the good news -- there is nothing inherent in Indian culture that makes it inhospitable to women; but there is the hangover from colonial practices, which should disappear with greater educational freedom for women, and also, ironically, because of the looming woman shortage due to selective foeticide. There is no room for complacency, though.

Societal change does not come on its own. For instance, the anti-tobacco effort really did not take off until the problem of second-hand smoke was publicised heavily, and non-smokers understood the dangers to themselves from inhaling smoke. Similarly, it is necessary to introduce public awareness campaigns on the value of the girl-child; the fact that often your daughter is more willing than your daughter-in-law to tend to you in your old age may well be the clincher.

You can read more columns by Rajeev Srinivasan here 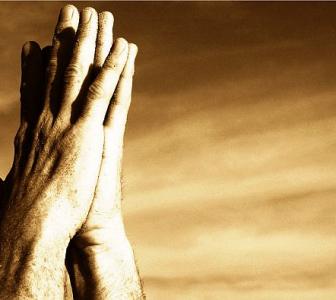 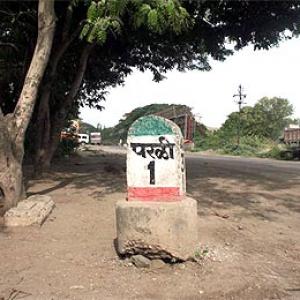 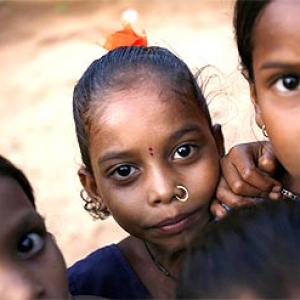