News
Business
Movies
Sports
Cricket
Get Ahead
Money Tips
Shopping
Sign in  |  Create a Rediffmail account
Rediff.com  » News » Why India shouldn't be over-excited about Fai's arrest in US

Why India shouldn't be over-excited about Fai's arrest in US

By B Raman
Last updated on: July 21, 2011 19:14 IST
Senior analyst B Raman explains why the calculated arrest of prominent US-based Kashmiri separatist leader Ghulam Nabi Fai, who was allegedly trying to influence American policy over Kashmir at the behest of the ISI, shouldn't over-excite India.

The practice of intelligence agencies floating and funding non-governmental organisations and even publishing houses for using them for psywar (psychological warfare) purposes was born during the World War II and used extensively during the subsequent cold war against the USSR and its communist allies.

Click here to read the FBI compliant against Fai

In the 1960s and the '70s, the US media highlighted this practice and revealed the links of many supposedly prestigious US non-governmental organisations to the Central Intelligence Agency. One of these organisations used to fund the visits of many senior Indian government servants to the US for some purpose or the other.

A senior official in the ministry of home affairs, who was on a Congressional fellowship in the US at the invitation of a highly prestigious non-governmental organisation, was embarrassed when the US media identified it as funded and used by the CIA for softening public opinion moulders in other countries.

He immediately drew the attention of the Government of India to this report and asked for instructions whether he should terminate his fellowship and return to India. The Government of India advised him not to do so. It felt that he had not done anything wrong since he had no way of knowing that the CIA was behind that organisation.

This practice was also followed by the MI-6, the United Kingdom's secret intelligence service. In fact, some years ago, in reply to a question in the House of Commons, the British government admitted that some of the anti-communist best-sellers were sponsored and funded by the MI-6.

After the end of the cold war, this practice has come down but has not been abandoned. Intelligence agencies continue to float and fund NGOs, seminars, etc for psywar purposes. In addition, they also seek to soften political leaders by making contributions to their election funds.

In the 1980s, during the jihad against the Soviet troops in Afghanistan, considerable money was spent by the CIA and the Saudi intelligence for carrying on a psywar against the Soviet troops through NGOs. Pakistan's Inter-Services Intelligence, which played a role in assisting in these psywar activities, which were often in Pashtun language, acquired considerable expertise in this field.

It has since been using this expertise for achieving its Kashmir-related objectives. Since 1989, the ISI has either floated a number of NGOs or has been funding organisations which already existed in order to use them against the Government of India. There are many such organisations in the West floated and/or funded by the ISI.

The more active amongst them is the Kashmiri American Council of Washington, DC, headed by Ghulam Nabi Fai, a US resident of Kashmiri origin. For nearly two decades, the KAC has been organising activities such as printing and disseminating propaganda pamphlets and other literature on alleged human rights violations in Jammu and Kashmir, holding national seminars in the US to which only residents in the US are invited, holding international seminars to which the participants are invited from many countries including India, lobbying against the Government of India in the US Congress and in the margins of international human rights conferences and softening US politicians by contributing to their election funds.

There were strong indications for many years that Fai and his organisation were promoting such activities at the instance of the ISI with funds provided by it. His activities were against US laws, but the US agencies chose to close their eyes to them and refrained from taking any criminal action against him because of what the US perceived as the useful role played by Pakistan as a frontline ally in the war against terrorism.

Unilateral humint (human intelligence) operations such as the one which ultimately led to the killing of Al Qaeda chief Osama bin Laden and other clandestine activities, which are kept deniable, would come under the secret and undeclared category.

Since the beginning of 2011, there have been complaints in Pakistan that since 9/11 there has been a mushrooming of US intelligence presence in Pakistan due to an increase in secret and undeclared activities of the US agencies. After the Raymond Davis incident in January, the Pakistan government has been trying to keep a greater check on such activities through measures such as asking the US to reduce its intelligence presence and tightening the procedure for the issue of visas to the suspected but undeclared intelligence personnel.

Now that there has been a change in Pakistan's policy and it has abandoned its hitherto permissive attitude to the secret and undeclared activities of the US intelligence in Pakistani territory, the US has decided to retaliate by giving up its permissive attitude and putting an end to the secret and undeclared activities of the ISI in US territory. That is the message from the arrest on July 19 of Fai and another person for indulging in illegal activities as undeclared foreign agents and the decision to prosecute them.

While we should be gratified over the US action, we should avoid over-assessing its significance as an indicator of US solidarity with India or as a precursor to a possible change in the US attitude to Pakistani claims and designs relating to J&K. It is an opportunistic and tactical action to exercise pressure on Pakistan and its ISI to do the US bidding and nothing more. 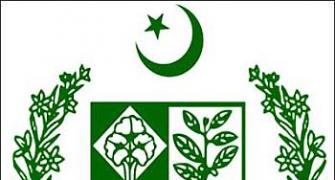 ISI funneled millions to influence US policy on Kashmir: FBI