News
Business
Movies
Sports
Cricket
Get Ahead
Money Tips
Shopping
Sign in  |  Create a Rediffmail account
Rediff.com  » News » Why India should rake up the Tibet issue

Why India should rake up the Tibet issue

If China keeps harping on Arunachal Pradesh and J&K, India must also rake up the issue of Tibet, writes Vivek Gumaste.

Breaking free from its hallmark pusillanimity, and changing course from a tepidly reactive trajectory, the Indian government has finally shown some fortitude in its diplomatic interaction with China by sternly warning China to desist from proceeding with projects in Pakistan-occupied Kashmir, namely the upgrade of the Karakoram highway that links Pakistan and China and the Neelam-Jhelum hydroelectric project. Both projects were announced by President Hu during the ongoing visit to China by the Pakistani Prime Minister Yousaf Raza Gilani.

In a pugnacious and sharp riposte to the recent uncalled for Chinese objection to Prime Minister Manmohan Singh's visit to Arunachal Pradesh, an MEA spokesman on October 14 stridently demanded that China refrain from 'activities in areas illegally occupied by Pakistan.'

This paradigm shift in its India's attitude must not be a one-time affair or an exercise in isolation but must spark the initiation of a new robust policy that places India in firm control of its destiny as opposed to being a respondent to a Chinese driven agenda.

China's diplomatic strategy vis-a-vis India stands out for its Machiavellian craft. Central to this duplicitous diplomatic offensive are two distinct nuances aimed at placing India on the defensive and leaving it in a state of inactive consternation. First, China seeks to deluge India on multiple fronts: Tawang, Aksai Chin, Sikkim and J&K, lately. Second, to add to India's anxiety, each issue is deliberately never resolved to completion but left open ended to be exploited to its advantage whenever suitable. Unfortunately India has failed to unravel China's surreptitious tactics and consequently been unable to formulate a cogent response.

Traditionally, China's dispute with India has focused on Tawang and Aksai Chin. However China has recently added another dimension to this altercation by bringing J&K into play. According to reports, the Chinese embassy in New Delhi had been issuing visas on a separate sheet of paper to Indian citizens born and residing in Jammu & Kashmir as it does with Indian citizens from Arunachal Pradesh. This seemingly harmless practice has serious international implications for it presents J&K as a disputed territory which is not an integral part of India.

China's stand on J&K has waxed and waned according to the vagaries of the geo-political environment. After pursuing a relatively soft stance on J&K for the last few years that avoided a direct confrontation with India, the Chinese have now resorted to questioning the validity of J&K's status presumably as an accessory pressure tactic in its attempt to garner maximum advantage on the Arunachal issue. This fluctuating attitude is another wily facet of the Chinese game plan.

Even the democratic accession of Sikkim to India has been skillfully exploited to its advantage by China. China has never fully accepted Sikkim's status in the Indian Union. In 2003, when China did agree to open trade routes between Sikkim and Tibet, India naively assumed that this action carried with it an implicit recognition of Sikkim as a part of India. No sooner than the ink was dry on this agreement, China interjected to state that the 'Sikkim issue cannot be resolved overnight' as it was 'an enduring issue left over from history'. This effectively indicated to India that as far as China was concerned, the matter was not closed and could be resurrected at any time; another instance of a problem left in suspended animation.

In contrast India's diplomatic kitty is bereft of any armament that is likely to discomfort China. The one issue that India could have exploited to the hilt, Tibet was gifted away without eliciting any advantage. During Prime Minister A B Vajpayee's visit to China in 2003, India reiterated its acceptance of the Tibet Autonomous Region as a part of the People's Republic of China in concert with its prior 1954 declaration. There were no caveats, no qualifications. It was surrender, carte blanche.

India's expectation of a favourable treatment in lieu of its magnanimous behavior is a misconception that will never pan out. India needs to rusticate its policy of appeasement. Appeasement rarely produces results. In fact it emboldens ones foes to push further and further extracting more and more concessions.

India must signal its change in strategy by reversing at least partially its unconditional recognition of Tibet; a monumental decision akin to a diplomatic earthquake that India maybe hesitant to entertain but one that targets China's Achilles Heel, fair and square. An outright rejection of China's claim to Tibet is not warranted but a statement couched in enough ambiguity to cause China some discomfiture should suffice; in effect playing by the same rules that China adheres to. Such a move is likely to produce results by placing China on the defensive. All along it has been India that has been at the receiving end reacting to an agenda scripted by China. This could turn the tables. 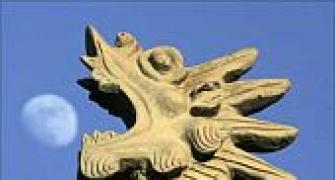 How to counter China on Arunachal Pradesh 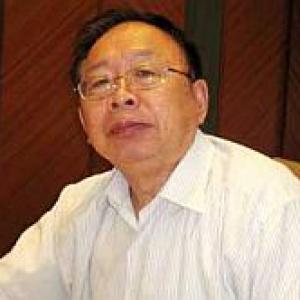 'If India and China cooperate, it will be good'