Why Dr Binayak Sen was convicted 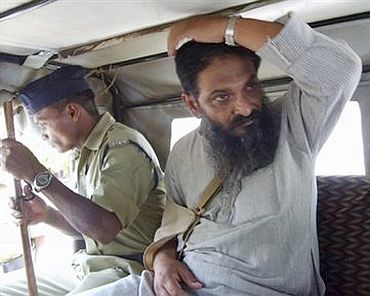 The high decibel brouhaha and public outrage that greeted maverick writer Arundhati Roy's impassioned but hare-brained exhortation of 'azaadi' for Kashmiris at a symposium in Delhi a few months ago and the searing criticism in editorial after editorial of noted Maoist sympathiser and intellectual activist Binayak Sen's conviction on sedition charges must compel us to revisit the existential dilemma between free speech and sedition.

Did Binayak Sen's deeds and words constitute a tangible threat to the nation making them worthy of censure? Does this verdict expose the hollow timber of our democracy by making a mockery of the axiom of free speech?

The line demarcating freedom of speech and sedition is a fragile and nebulous one with the two definitions merging imperceptibly with each other at the point where they collide; one man's right to free speech can be interpreted as treason by another and vice versa.

Free speech is the wellspring of a democratic society and must be guarded ferociously for its sustenance. Any compromise can signal the death knell of liberty replacing the unhindered expression of free will with an atmosphere of intimidation that has the potential to deter and silence the voice of the people.

Freedom of speech cannot be perceived merely as a topic for academic polemics but is a concept that has direct, practical implications for society.

Respect for another's opinion however disagreeable it maybe is the only guarantee that protects one's own right to free speech. Adlai Stevenson, the prominent American intellectual, eloquently noted: "The sound of tireless voices is the price we pay for the right to hear the music of our own opinions."

Additionally there is no denying that free speech safeguards the interests of minority groups serving to neutralise the tyranny of the majority.

Uninhibited exchange of ideas has the salutary effect of refining the human thought process and facilitating the mental evolution of mankind. Its abrogation can have a deleterious effect as explained by John Stuart Mill, the English philosopher (On Liberty, 1859): "The peculiar evil of silencing the expression of an opinion is, that it is robbing the human race; posterity as well as the existing generation; those who dissent from the opinion, still more than those who hold it. If the opinion is right, they are deprived of the opportunity of exchanging error for truth: if wrong, they lose, what is almost as great a benefit, the clearer perception and livelier impression of truth, produced by its collision with error."

Despite being a fervent champion of individual rights, Mill fully comprehended the consequences of unbridled free speech: a state of anarchy that would do good to no one. To modulate the runaway adverse effects of free speech he interjected the 'harm principle' which envisioned a governmental role in exceptional circumstances. He postulated that "the only purpose for which power can be rightfully exercised over any member of a civilised community, against his will, is to prevent harm to others."

Whether speech per se has the ability to inflict physical harm or otherwise is an arguable catechism; a query that falls into a gray zone that can evoke an ambivalent response. And it is this loophole that allows many an ostensibly culpable outburst to be granted the benefit of doubt as in the case of Arundhati Roy.

I am no fan of Roy and harbour a rocklike conviction of Kashmir being an integral part of India. But to subject Roy to a formal legal censure would set a precedent that could be arbitrarily invoked to muzzle future protest. It is for this precise reason that sedition acts in Britain and the US have been reduced to legal fossils.

So in the larger interest of democracy, much as I would like to see Roy hang for her libelous haranguing, I must pass up on the proposal to prosecute her.

There is, however, a subtle difference between Binayak Sen's felony and Arundhati Roy's rants. Sen is being indicted not for his ideological empathy for Maoists but for his logistic support of a deviant Maoist strategy of usurping power through violent bloodletting and destructive mayhem; acts that clearly defy the 'harm principle' laid down by Mill. It is this contravention that places Sen in the dock. To overlook this serious infraction of the law in deference to his exceptional credentials and dedicated service record would be a gross miscarriage of justice.

Whether evidence for his involvement is credible or not is another separate discussion. The Raipur Sessions Court has found the evidence plausible enough to pass a verdict of guilty. Democracy allows him recourse to a higher court for redress of his grievance, which he can avail of.

In this scenario, there is a lesson for all intellectuals. Intellectualism can be a heady wine capable of turning the head of the sanest individual. When intellectual arrogance supersedes genuine intellectualism it can be an unmitigated disaster with the individual blindly pursuing his/her goal, trashing the accepted norms of society in the process and under the erroneous assumption that these are applicable to mere mortals and not to supposedly exalted individuals like him or her.

The license of a democracy cannot be abused. Every intellectual or individual with a cause would do well to remember these words of Adlai Stevenson: "Every man has a right to be heard; but no man has the right to strangle democracy with a single set of vocal chords." 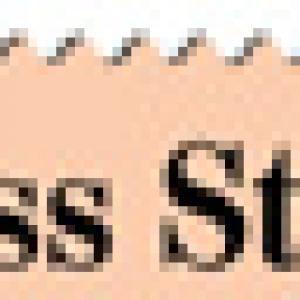