News
Business
Movies
Sports
Cricket
Get Ahead
Money Tips
Shopping
Sign in  |  Create a Rediffmail account
Rediff.com  » News » Why do we outrage so much about Padmavati?

'The mainstream media is alive with discussion of the rights and wrongs of the situation.'
'Mass immolation is being rediscovered as a worthy goal for young women, and we have also consoled ourselves at length with the reflection that Muslims Are Bad while Rajputs Are Good,' says Mihir S Sharma.
Illustration: Uttam Ghosh/Rediff.com This is where we stand in the India of 2017: You could either choose to know more about the mysterious death of a judge presiding over an investigation into the acts of India's second most powerful man, or you could outrage about a movie made by a film-maker of middling talent and featuring an entirely imaginary character in medieval India.

We have become so detached from reality that the overwhelming majority of public attention is fixed on the latter; the former, if it is covered at all, is pushed into a few scant column inches on the inside pages of the more courageous newspapers.

Last month Caravan magazine published the products of a year-long investigation into the death of Judge Loya, which featured testimony from the deceased judge's family questioning the official explanation of the judge's death in 2014, as well as allegations that another senior member of the bench had attempted to bribe the judge to pass a favourable verdict in the case dealing with the possible murder in 2004 of accused terrorist Sohrabuddin Sheikh.

Most of these accusations were made on video; medical questions about the judge's death were raised among others by his sister, a doctor.

It is an unquestioned fact that Judge Loya's successor in trying Bharatiya Janata Party President Amit A Shah, Judge Gosavi, discharged the defendant remarkably quickly -- in the words of Prashant Bhushan 'in a 15-minute hearing on a 10,000-page chargesheet'.

Justice A P Shah, a former judge of the Delhi high court and one of the consciences of the legal profession in India, has called for an inquiry into these accusations.

We do not know the truth of the matter, but certainly these allegations are serious enough that they should be discussed in the media and in India's public discourse, and pressure should be built on the judiciary and the executive to appoint an independent inquiry.

But this is not what most of us have been led, by elements in the national media and by our own proclivities, to talk about.

Instead we are discussing a movie.

A movie about a medieval Hindu princess created by a Sufi poet -- a movie that distorts what we know about the court of the Khiljis and the siege of Chittor, sure, but one that has every right to invent a story in order to make it more appealing to the audience.

Alauddin Khilji seems to have been depicted as a fur-wearing barbarian, and his Rajput opponents as brave one-dimensional freedom fighters.

That's fine. I fully intended to protest this sort of Hindutva-isation of history by bravely not watching Padmavati. This principled act of non-co-operation would also indicate my disapproval of the cult of jauhar that claims Padmavati as its heroine, and of absurdly high ticket prices in south Delhi multiplexes.

I did not, however, intend to express my disapproval by threatening to behead the movie's director.

If I did so, I would expect to be laughed at, and perhaps committed to an asylum by my next of kin. I would not expect to be feted on national television.

Yet such fine upstanding individuals and groups as the Rajput Karni Sena and Haryana BJP officeholder Suraj Pal Amu (he has since resigned his party post) have not in fact been ushered gently into padded cells by their near and dear ones, but have instead been allowed ample space on the media to outbid each other on the rewards they would offer to those who harmed the movie's star and its director.

The bidding currently stands at Rs 10 crore/Rs 100 million, a tidy sum that might well attract some of India's millions of young unemployed men into the fast-growing beheading and nose-cutting sector of the economy.

Various chief ministers have been silent on the question of whether a murder case allegedly involving the president of India's largest political party has been tampered with, but have expressed themselves fully on the matter of whether a movie about an imaginary medieval India is offensive and should be banned.

The mainstream media is alive with discussion of the rights and wrongs of the situation -- and, most importantly, how it is all liberals' fault. (And probably Nehru's as well.)

Mass immolation is being rediscovered as a worthy goal for young women, and we have also consoled ourselves at length with the reflection that Muslims Are Bad while Rajputs Are Good.

Perhaps it is also worth noting that Amu and his cohorts have not found themselves in any great trouble, while Jagtar Singh Johal, a British citizen, was arrested while shopping in Jalandhar with the woman he had just married -- according to the Punjab government, for fomenting terrorism, but apparently actually because he was posting on Facebook and ran the Web site NeverForget84.com.

We could perhaps outrage about that when we are done defending the honour of an imaginary princess.

Or perhaps about the murder of a journalist in Tripura investigating police corruption, or even the concerns about the multi-billion-dollar Rafale deal. 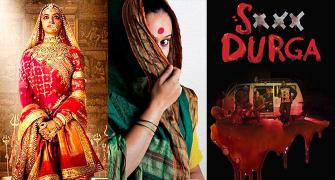 Rahul Gandhi is no different from Smriti Irani 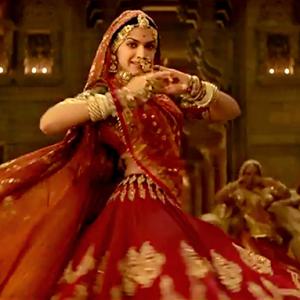