Why central Asia matters to India

Prime Minister Manmohan Singh's recent visit to Kazakhstan is a reminder of how high stakes are in central Asia for Indian foreign policy priorities.

While the Kazakh President Nursultan Nazarbayev needed legitimacy for his re-election victory that has been criticised in the western capitals, for New Delhi there are real issues in that part of the world that concern its national security and economic growth. Not surprisingly, the two main areas that were given serious consideration were the civilian nuclear cooperation pact and the situation in Afghanistan.

New Delhi and Astana signed a civil nuclear cooperation agreement, which provides a legal framework for cooperation in this field including fuel supply, joint mining of uranium, reactor safety mechanisms and construction and operation of nuclear power plants. Nazarbayev also affirmed that his nation is on course to fulfil its commitment of supplying 2,100 tonnes of uranium to India by 2014.

On Afghanistan, the two sides agreed that "it was essential that renewed efforts were made to sufficiently build up the capacity of the Afghan National Security Forces".

President Nazarbayev won his nation's overwhelming approval in the presidential election held in early April with more than 95.5 percent of the ballots but lost the vote of confidence he sought from the world community.

The 70-year-old Nazarbayev, who has been President for 20 years, won another five-year term -- with voter turnout of 90 percent -- after elections held two years ahead of time to lengthen his time in office. The elections were widely considered a sham as an absence of opposition candidates and a vibrant political discourse had resulted in a non-competitive environment.

Nazarbayev has ruled since 1989, when Kazakhstan was part of the Soviet Union and he was its party secretary. He is the country's only directly elected official. His domination has been so complete that no serious political competition has emerged and so adroit that much of the population reveres him.

Kazakhs credit him with keeping their country protected from the turmoil that has roiled other central Asian nations such as Uzbekistan and Kyrgyzstan. Tajikistan endured a costly civil war, and Uzbekistan, where the President is as long-serving but far more ruthless, has suffered civil strife.

India's prime minister's visit to Astana gave Nazarbayev a much needed opportunity to showcase his international acceptability as the leader of a strategically vital state in central Asia. Major powers have competed for power and influence in central Asia since the 19th century and that 'Great Game' seems to be back with a bang.

The importance of the Shanghai Cooperation Organisation that has evolved into a forum for discussion on regional security and economic issues cannot be overstated in this context. It has become even more important post-September 11, 2001, because growing ethnic nationalism and Islamic fundamentalism is a major cause of concern for Russia, China and the central Asian states.

Russia and China have been successful in using the strong aversion of the United States to terrorism after September 11 for their own ends to tackle Islamic insurgency within their territories. In the post9/11 environment, the SCO serves as a means to keep control of central Asia and limit US influence in the region. In fact, the SCO denounced the misuse of anti-terror war to target any country and threw its weight behind the UN in an attempt to show its disagreement with the US-led war in Iraq.

India's growing interests in central Asia are well-recognised. There is a growing convergence between the US and Indian interests, especially their reluctance to see the region fall under the exclusive influence of Russia or China. India was worried in the 1990s when the Russian influence in central Asia weakened substantially with a commensurate rise in the Chinese influence. This negatively impacted upon Indian threat perceptions which stabilised only after the growing US presence in the region since 2001.

India views itself as a stabiliser and security provider in the region and with its growing economic clout, an attractive economic power. India's interest in securing reliable energy supplies and trade through central Asia remains substantial. There is a   seamless logical web from the objective of ensuring central Asian stability and India's voice there to the conclusion that India must also ensure reliable energy access to oil and gas sources originating in central Asia.

The requirements of energy security also postulate not only a continuing positive relationship with Moscow, even had the past 60 years not been one of unbroken friendship, and second, friendly ties to all the central Asian states.

India must create firm ties among the energy exporting states of central Asia, particularly Kazakhstan, Uzbekistan, and, if possible, Turkmenistan. It should be no surprise then that India's ties with the regional states are growing. Moreover the imperatives of getting Afghanistan right are stronger than ever today when the situation is rapidly deteriorating.

India had opened an air base in Ayni, Tajikistan in 2002 to guard against growing instability in the region though nothing much has happened on that front for long. India's ties with regional states are growing and moderate Islam of the region makes it imperative for India to engage the region more substantively. Other powers, barring China, have recognised this reality and have sought to harness India towards achieving common goals.

Russia, for example, supports Indian membership in the SCO and has talked about the possibility of India participating in the Collective Security Treaty Organisation.

A great power competition in central Asia will make it harder for India to pursue its interests. As such it becomes imperative for Indian diplomacy to work towards major power cooperation to bring some measure of stability to Afghanistan as well as the larger central Asian region.

The prime minister has made a good start by visiting Kazakhstan but the region should not now slip off India's radar. 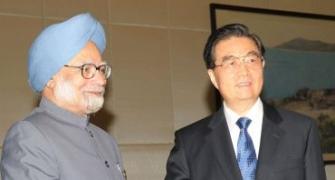 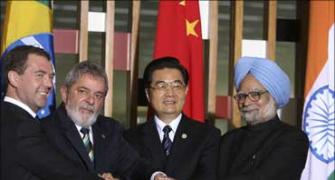 BRICS meet: What the PM plans to do 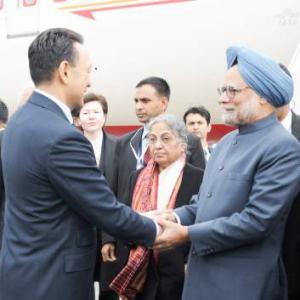 Why is the PM visiting Kazakhstan? 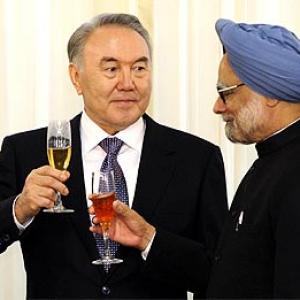