News
Business
Movies
Sports
Cricket
Get Ahead
Money Tips
Shopping
Sign in  |  Create a Rediffmail account
Rediff.com  » News » Why be surprised: The Cong dumped the Mahatma long back!

Why be surprised: The Cong dumped the Mahatma long back!

The Congress deviated from the path envisaged by Mahatma Gandhi the moment the country got freedom, says Anirban Ganguly.

Why be surprised at the current state of the Congress party and at its propensity to try and 'manage' the country through deals and networks. Why be surprised at its blasé approach to accusations of high corruption, unethical political practises and at its habit of blatantly promoting cronyism and sycophancy? Why be surprised at its turning the Gandhian approach to politics on its head and of its throwing into the bin the Mahatma's talismanic directive: 'Recall the face of the poorest and the weakest man [woman] whom you may have seen, and ask yourself, if the step you contemplate is going to be of any use to him [her]. Will he [she] gain anything by it? Will it restore him [her] to a control over his [her] own life and destiny? In other words, will it lead to swaraj [freedom] for the hungry and spiritually starving millions?'

It is nothing new; in fact seven odd decades ago the Congress had already disowned the Mahatma and all that he stood for. Such a state of affairs as today was thus perhaps bound to come. It would be relevant to revisit the Mahatma's lament and those of some of his close followers, on the state of mind and attitude of the political organisation which they had once identified as their own.

It was exactly 78 years ago this month (September) that Gandhi, in an emotional statement to the press, declared that the Congress had actually lost faith in him and in his programme. Interestingly one of his acute unease was also with 'the growing corruption in our ranks.' Gandhi sadly concluded that his impression was that 'a very large body of Congress intelligentsia were tired of my method and views, and the programme based upon them, [and] that I was a hindrance rather than a help to the natural growth of the Congress.'

His most cherished emblem the spinning-wheel and his most favoured symbolic political activity, spinning, was rejected, 'Hand-spinning by the Congress intelligentsia has all but disappeared. The general body of them have no faith in it.' On the issue of untouchability, which for him was a 'deeply religious and moral issue', Gandhi sadly saw his approach differing from 'that of many if not most Congressmen.'

And lastly, what perhaps hurt him most and signified a total rejection of all that he stood for and espoused, was the rejection of the creed of non-violence, 'After 14 years of trial it still remains a policy with the majority of Congressmen whereas it is a fundamental creed with me.' He accepted that it had 'not yet become an integral part of the lives of Congressmen.'

'The sum-total of these differences' asserted Gandhi, had 'sterilised the existing Congress programme because members who gave their lip-assent to it, without believing in it, have naturally failed to reduce it to practice.' His saw his entire programme, 'untouchability, Hindu-Muslim unity, total prohibition, hand-spinning with khadi and cent percent swadeshi in the sense of the revival of village industries and general reorganisation of seven lakhs of villages' stand rejected because of the lack of faith expressed in it by the majority of those in the Congress who professed to have accepted his leadership.

The only way for him, as he helplessly expressed, was to 'bury [himself] in an Indian village' and to test the truth of his convictions. The Mahatma was clearly reduced to despair at the state of the political body he helped stabilise and grow.

There were others too who perceived the rot quite early and remembered the Mahatma's advise on the future of the Congress. Rajendra Prasad,  recalled in 1957 how 'shortly before his death, Mahatma Gandhi had told them that 'after the attainment of swaraj, the Congress, whose objective was to attain it, should convert itself into an organisation of non-political natureworking on non-party lines for the service of all.' This opinion, observed Prasad 'was not liked by the Congressmen generally.'

To Prasad the Mahatma was a 'far-sighted leader' who clearly saw 'that unless the Congress gave up its political character, it would be reducing itself to the position and status of a political party, which was inferior to that which it occupied as the spearhead of revolutionary forces in the country during the period of struggle.' Prasad saw the Congress 'fast becoming, a party to fight elections and form ministriesIts position as a national organisation in which every Indian will be interested and of which every Indian will be proud [was] no longer there.'

Two years later Prasad expressed his 'anxiety over of corruption' in the ranks of the party, 'Are we really walking on mines which may burst any day?' he wondered. 'I hear that people are freely talking about corruption, bribery, nepotism -- so much so that some people even go to the extent of saying that they were having a better time under the British.' All these, he argued, merited 'a deep probe for the cause and drastic remedy' but he was unclear as to 'when, where and by whom that probe is going to be made.' As a helpless President, Prasad could only watch and lament.

The canker had set in quite early and had bored deep into the system of the Congress leviathan. The Swatantra Party leader and former MP the late R K Amin once recalled how during the 1962 general election campaign a veteran Congress worker 'Bachubhai Khadiwala' from Khetwadi, Mumbai left a then politically inexperienced Piloo Mody stunned when he openly told him that 'the days of Mahatma Gandhi have gone. Our leader is now Patil Sahib' [S K Patil] and that though bribery and enticement was wrong  -- 'but then it is politics.' Khadiwala's statement was symptomatic of the larger degeneration that had already set in. 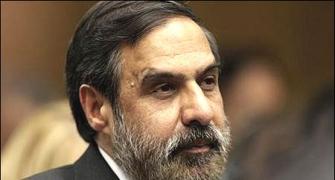 The MAN who made India's big ticket reforms possible 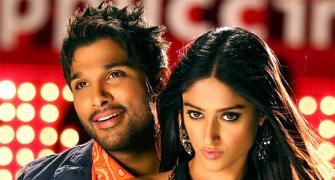 Allu Arjun and Trivikram Srinivas team up for Julayi 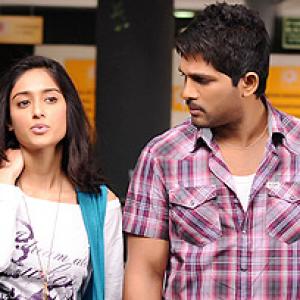 India after the Bandh: Let the people roar