G Madhavan Nair is punished and barred from all government jobs. P Chidambaram continues to hold one of the most powerful offices in the government. Is that equal treatment? asks T V R Shenoy.

'Industry, Impartiality, Integrity' runs the motto of the Central Bureau of Investigation.

George Orwell hit closer to the truth: 'All animals are equal, but some animals are more equal than others.' Consider the manner in which the Government of India treats Pinarayi Vijayan, G Madhavan Nair, and P Chidambaram, and you will see just how some are 'more equal'.

Pinarayi Vijayan is in trouble because of a contract with the Canadian firm SNC Lavalin, to renovate and modernise the hydro-electric stations at Pallivasal, Sengulam, and Panniar.

The contract was a mess from beginning to end. It included, for instance, a grant for a proposed Malabar Cancer Centre, which may be fine in itself, but is scarcely in the domain of a Kerala power minister. The Comptroller & Auditor General of India felt the deal cost the public exchequer an estimated Rs 374.50 crore (Rs 3.745 billion).

On January 16, 2007, the Kerala high court ordered a CBI investigation. On January 21, 2009 the CBI filed a progress report, which named Pinarayi Vijayan as the ninth accused. At the same time the CBI informed the court that there was no evidence that Pinarayi Vijayan gained any personal financial advantage from the SNC Lavalin deal.

Let us now turn to the charges levelled against G Madhavan Nair.

In 2005, Madhavan Nair was both secretary, department of space, Government of India, and chairman of the Indian Space Research Organisation. On January 28, 2005, Antrix, the ISRO's commercial wing, signed a deal with a private operator named Devas, agreeing to provide spectrum, specifically S-Band wavelength, leasing transponders on two satellites, GSAT-6 and GSAT-6A. This was done without any competitive bidding.

In December 2009, the Indian Space Research Organisation asked for a review of the deal. Antrix sent a termination notice to Devas on February 25, 2011.

Let me make two points. First, there was no loss to the public exchequer because no spectrum was actually given out. Second, B K Chaturvedi, the Planning Commission member who was on the high-powered committee set up to probe the deal, has publicly stated that, 'Prima facie, we found no evidence to show the actions and intentions of the scientists were mala fide,' adding, 'Often, scientists may not know procedures, be careless, wonder why there is need to address bureaucracy.'

Nevertheless, the Manmohan Singh ministry decided to place G Madhavan Nair and three other scientists on a black list, barring them from all government jobs.

Let us now look at how the CBI chose to treat the case of P Chidambaram. Specifically, let us see how the Government of India looks at P Chidambaram differently from G Madhavan Nair and Pinarayi Vijayan.

First, nobody is saying that any of the three men made any personal financial gain from the SNC Lavalin case, the Antrix-Devas deal, or the 2G Scam. That is what is common to the three men, let us now look at where each case differs.

G Madhavan Nair is punished by being barred from all government jobs. P Chidambaram continues to hold one of the most powerful offices in the government.

There is, as I understand it, a significant difference between the Criminal Procedure Code and the Prevention of Corruption Act. The latter holds a public servant guilty of misconduct even if he 'obtains for any person any valuable thing or pecuniary advantage without any public interest'.

I am neither accusing nor defending G Madhavan Nair, or Pinarayi Vijayan, or P Chidambaram. All I am saying is that the Congress government should use the same yardstick to prosecute or to pardon in each case.

To quote Orwell again: 'Doublethink means the power of holding two contradictory beliefs in one's mind simultaneously, and accepting both of them.' 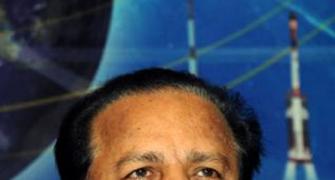 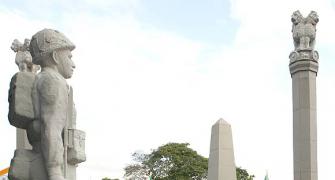 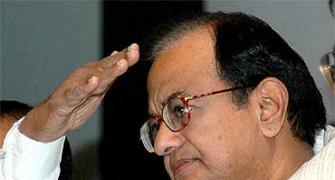 'Chidambaram has no right to look away in 2G scam' 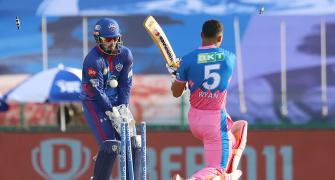 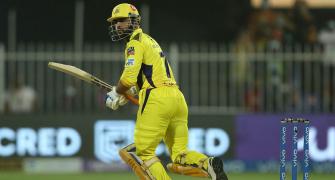 Chidambaram GUILTY of breach of trust' 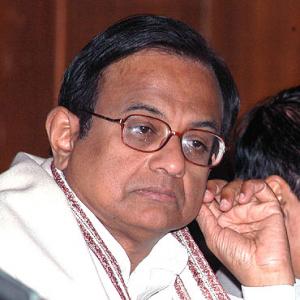 Why the court refused to make Chidambaram an accused