Who killed the ISRO's cryogenic engine?

Rajeev Srinivasan on the disastrous after-effects of a made-up spying incident. 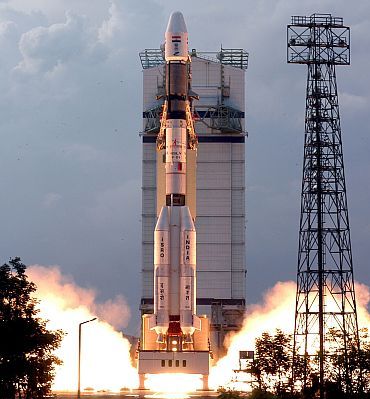 In the middle of the euphoria about the launch of Mangalyaan, India’s Mars probe, it may seem churlish to bring up the question of whether the space programme could have been more efficient and produced results earlier.

Without getting into questions of organisational culture at the Indian Space Research Organisation or the quality of the work done by the scientists and engineers there, the answer is an unqualified yes at least in one specific area: the cryogenic engine, and thus the GSLV (GeoSynchronous Launch Vehice).

The GSLV has been delayed by about 20 years, and it still is in the testing stage, scheduled for April 2014. This should be the workhorse for India’s space programmes going forward, as it can provide the heavy lifting (a payload of as much as 4,000 kilogrammes) much like the Soviet Proton and the American Saturn rockets were tried and tested machines over large numbers of launches.

In addition, as the name implies, the GSLV could prove commercially viable -- so far as I can tell, many countries are looking to launch communication and other rockets into geosynchronous orbits (because they will appear to be stationary as far as observers on the ground are concerned), and this is what the GSLV has been designed to do.

Furthermore, the cryogenic technology in the GSLV makes it unsuitable for military applications, as the ultra-low-temperature device cannot be readied and launched in a short while as a military rocket would need to be.

Therefore, the GSLV, although it potentially has the range of an ICBM (intercontinental ballistic missile) cannot easily be converted to military use. There is no reason anybody should be concerned about the defence aspects of the GSLV.

Thus, the fact that the cryogenic engine and the GSLV were delayed by around 20 years is quite possibly a testament to the industrial espionage-and-sabotage capabilities of a malign foreign power (even if you leave out the military espionage part).

Add to this, as Rakesh Krishnan Simha says in Cryogenic countdown: How the GSLV became India’s Mission Impossible (external link), the mysterious deaths of several scientists and engineers associated with the space and nuclear submarine programmes, and something sinister seems to be at work.

It appears, bluntly, that a foreign spy agency is crippling India’s space programme.

Now who could this be? The usual suspects would be the Pakistanis, the Chinese, the Russians, the Israelis and the Americans.

The Russians could be left out of the equation because the cryogenic technology is theirs, and so they would have no particular need to well, spy on themselves.

The Israelis, one imagines, would have little incentive to infiltrate into India’s programmes, as it is no threat to them (unlike, say, Iran’s). That leaves the Pakistanis, the Chinese and the Americans as candidates.

The VSSC and its arm, the Liquid Propulsion Systems Centre, are responsible for India’s rockets. These are built here, tested at Mahendragiri in nearby Kanyakumari district in Tamil Nadu, launched from Sriharikota on the Andhra coast, and tracked from the control centre in Hassan (Karnataka) -- all controlled by ISRO headquarters in Bangalore.

(Parenthetically, it just occurred to me that this is a magnificent example of interstate co-operation, with the entire South involved.)

In 1994, a major scandal erupted at the VSSC. Two senior scientists, Nambi Narayanan and D Sasikumaran -- both working on the cryogenic technology -- were accused of being honey-trapped by two Maldivian women named Mariam Rasheeda and Fauzia Hassan, and of revealing top-secret information to them.

This was in the middle of a curious situation regarding cryogenic technology.

There were only two countries that had tested cryogenic designs: the Soviet Union and the United States. Given the parlous state of Indo-US relations, and the good state of Indo-Soviet relations, it was fairly obvious that India would have a much better chance of collaborating with the Soviets. Indeed, the Soviets signed a pact in 1992 to transfer technology to ISRO.

The Americans objected, and eventually the Soviets capitulated, and changed the deal to one where they would simply supply full engines, and not the technology. An indigenous effort to build the cryogenic engines got under way, and it still has not reached fruition: some time shortly the devices will be ready for flight testing.

Thus, there has been a long delay in the GSLV programme: indeed, this may have closed the window of opportunity for India in the launch business, as we now have new private American players like SpaceX and Orbital refueling the space station. India’s low costs alone may not be enough.

When the alleged scandal came to light in 1994 -- let us note that nothing was ever proven, and the courts, years later, exonerated the scientists -- there was uproar in Kerala.

“Off with their heads” was the general attitude of the public, which is very protective of its advanced space programme. The two men were disgraced, and their careers were ruined. They were treated as traitors.

I was curious at the time about these Mata Hari-type women. I had seen a number of Maldivians in Trivandrum, because large number of them came for medical treatments as it is the closest airport in India from Male, their capital.

So many of them still come to Trivandrum that the Maldivian television channel (TVM) is shown on local cable, and the signboards of many establishments in the Medical College Hospital area are written in the peculiar Maldivian script, which looks like Arabic composed of short strokes like apostrophes.

To be honest, these Maldivians had not struck me as being a particularly handsome people. So I was surprised to hear about a Maldivian beauty and spy -- or so I assumed -- who had seduced and wormed information out of these ISRO men.

Sitting in California, exposed to sex scandals, I could well believe that a beautiful and clever spy had seduced a naïve scientist or two.

Imagine my surprise when I saw a photo of Rasheeda: She was a very plain, ordinary, 45-year-old woman who would not win any beauty contests. That is when I started wondering if the honey-trap story was quite all that is was made out to be.

Some time later, I met Sasikumaran, who, it turned out, was known to my family. He was a dejected man, and spoke bitterly about being betrayed, especially by the ISRO that didn’t stand by him. But that would be the reaction even if he were guilty; of course, he would defend and justify himself.

Much later, other VSSC engineers told me that Rasheeda had indeed made a number of calls to Sasikumaran, but that was simply because she was trying to rent an apartment he owned. (They also mentioned something about Congress rivalries at the time: K Karunakaran vs A K Antony, and how there was some peripheral relationship to P V Narasimha Rao as well. See Prem Panicker’s report on rediff.com here.)

The phone calls were the clinching piece of evidence the police had, I learned later, but that sounds pretty flimsy to me.

But Sasikumaran and Nambi Narayanan were arrested, interrogated, and, they say, tortured in custody. In hindsight, it reminds me of the witch-hunt against Colonel Dreyfus in the French army, where an innocent man was humiliated and drummed out of the army just because he was Jewish.

Emile Zola, at the time, wrote a stirring treatise, J’accuse, indicting the French establishment. There was, alas, no Zola in the Indian establishment to stand for these apparently innocent men.

If you assume that indeed the duo was framed, the question remains, why? Let us look at the motive and capability. Who benefited? Clearly the Pakistanis, the Chinese, and the Americans all benefited, as India as either a military or commercial competitor was hobbled. So they all had the motive.

But it was really only the Americans who had the capability. The ISI, in those days, had not yet built up a formidable network in Kerala; the Chinese, although they had their acolytes in the state and in Chennai, were at that time self-absorbed in getting rich (they started their overseas adventurousness and empire-building later).

The Americans, though, had the capability. As seen in Barack 'Yes, we scan' Obama’s latest antics over collecting massive amounts of information about phone calls by his citizens and those of friendly heads of state (such as Germany and Brazil), the NSA and CIA have no compunctions about doing espionage on a large scale.

Let us also recall the Iranian nuclear scientists who have been killed allegedly as part of the US/Israeli effort to cap/rollback their nuclear programme, as well as the Stuxnet virus also believed to have been created by the same dynamic duo.

The CIA’s ability to bring about “peaceful transitions” was seen in the overthrows of Salvador Allende in Chile and Mossadegh in Iran, and indeed, in the toppling of EMS Namboodiripad’s communist government in Kerala in 1959.

In a signature campaign, the CIA aligned itself with the most reactionary elements in Kerala to manufacture the so-called “liberation movement” (hmm… ‘Liberation Theology’, anyone?) and created such a major law and order problem that Jawaharlal Nehru (doubtless, more in sorrow than in anger) had to use Article 356 to invoke President’s Rule and eject the hapless EMS.

Presumably these relationships that the CIA had cultivated were still in place in 1994, and swung into action, and with some dubious police officers acting as the enforcers, they were able to pull off the coup -- and the rest is history.

India’s space programme was set back by almost 20 years. The cost would also have escalated by a factor of 4 or 5. And now The Economist wonders if a poor country like India should have its space scientists building toilets instead!

Thus, yet again, Indians collaborated with a malign foreign power and hurt the national interest. This will be India’s epitaph. Treason. Rajyadroham. 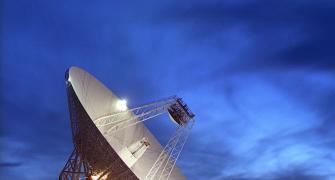 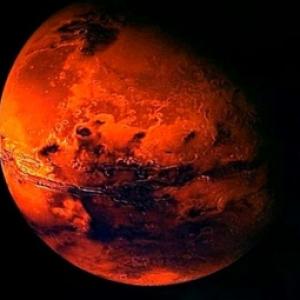 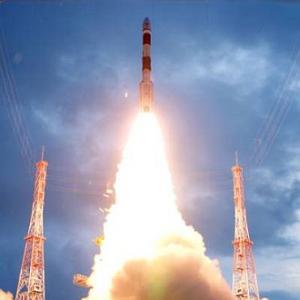