News
Business
Movies
Sports
Cricket
Get Ahead
Money Tips
Shopping
Sign in  |  Create a Rediffmail account
Rediff.com  » News » What we should learn from Headley's testimony 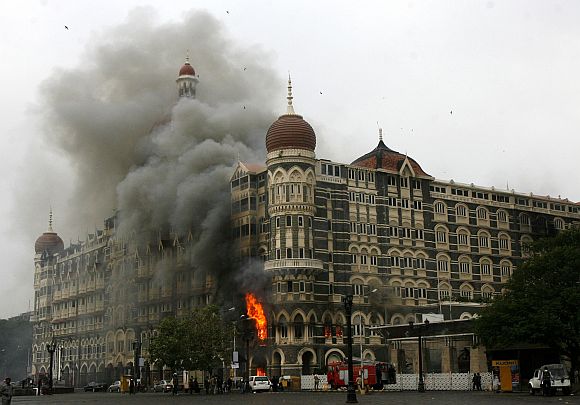 'Headley's testimony indicates to what extent the Pakistan government and its proxies can go to destroy not only Indian scientific talent but also international expertise.'
Vappala Balachandran, the former senior RA&W official and member of the two-member committee which investigated the police performance during the 26/11 attacks, assesses the terrorist's testimony.

David Coleman Headley's statement that the Lashkar-e-Tayiba had planned an assault on a defence scientists' conference at the Taj Mahal Hotel in Mumbai was a surprise to many of us.

The 26/11 accused revealed this on February 9 while being questioned in Special Judge G A Sanap's court in Mumbai via video conference. This is the first time we are hearing a first person account on the planning which was reported to have taken place in 2007 in Muzzafarabad by the Lashkar leadership.

During this meeting it was decided to send Headley to Mumbai to video record 'the entrance and exit of the Taj Mahal Hotel and the location of the convention halls.' The LeT leadership had 'information there would be a meeting of Indian defence scientists in the near future... the plan was to attack during the meeting.'

The Taj was one of the targets in Mumbai assigned to him for reconnaissance and video recording. Headley also told the court that he visited Mumbai seven times using a fake passport for completing the job. He did a perfect job in facilitating wanton destruction of Mumbai on November 26, 2008.

During our inquiries on the 26/11 attacks, this information came to our notice but not from official sources. The two-man high level 26/11 inquiry committee -- under the chairmanship of Ram Pradhan of which I was the second member -- was constituted by the Maharashtra government to inquire into the police response during the attack.

At that time a friend of mine, a French national of Indian origin, who stays in Paris, had called me conveying that he had come to attend an important conference at the Bhabha Atomic Research Centre on November 24-26, 2008. This was the 19th annual conference on 'Nuclear Technology -- Role of Industry.'

During this conference the famous French nuclear physicist M George Vendryes, considered the father of the fast breeder reactor, who was then vice-president of the French Atomic Energy Commission, received the first lifetime achievement award.

One shudders to think what would have happened had the conference been held at Taj. Or if the 10 heavily armed Laskar terrorists had steered their rubber boat towards the eastern Mumbai sea shore, instead of Machimar Nagar and landed near BARC during the day time when the conference was still on.

It was fortunate that they had no clue of this conference. Otherwise they could have almost eliminated the entire nuclear power industry leadership in the world.

Although the Central Industrial Security Force guarding the complex could have put up some resistance, they would not have been able to match the fire power of these terrorists. Vendryes and his wife, who were staying at the Taj, were trapped during the siege, but were rescued.

Indian intelligence agencies had warned long ago about the possibility of attacks by Pakistan's proxies on our coastal nuclear installations like BARC in Mumbai or the Tarapur atomic power station.

In fact, our Intelligence Bureau had constituted a special cell even in the 1970s to undertake security audit of our atomic research and power installations, knowing well how sensitive these are for national security. In other countries this realisation came only after the 9/11 attacks. The US, for example, elevated the security of nuclear power plants to a national security issue only after 9/11 by passing the Energy Policy Act of 2005.

Even then our patchwork coastal security is highly unsatisfactory. On July 30, 2006 a prominent national television channel said the then national security adviser had warned Maharashtra that BARC might be targeted through the sea. The channel then undertook a survey of our western coastal protection measures by interviewing fishermen and employees working on Mumbai coastal areas including port authorities, BARC, the naval armament depot at Trombay, and found that coastal patrolling was nowhere to be seen. It concluded: 'Even though BARC is now heavily guarded by the CISF, it's the approachability through the sea that is a cause for concern.'

Headley's testimony is highly important. It indicates to what extent the Pakistan government and its proxies can go to undermine and destroy not only Indian scientific talent but also international expertise.

The fact that they missed the targets on November 26 by failing to attack an international conference should not be taken lightly. This should be taken up at higher international levels to expose Pakistan's nefarious plans.

Under the United Nations Global Counter-Terrorism Strategy adopted by member States on September 8, 2006 after the commitment made by world leaders at the 2005 September Summit, each member country is bound to exchange timely and accurate information concerning the prevention and combating of terrorism.

The conspiracy to kill attendees of the proposed defence conference was hatched within Pakistan's territory in 2007 with official backing since Headley has testified that the Inter Services Intelligence and Lashkar worked hand in hand.

The fact that it was not carried out is not relevant. Why are we then fighting shy of taking this up with the UN to move for appropriate action against Pakistan?

The Latest Congressional Research Service publication Pakistan-US relations: Issues For the 114th Congress (May 2015) begins with this preamble: 'Pakistan is a haven for numerous Islamist extremist and terrorist groups, and successive Pakistani governments are widely believed to have tolerated and even supported some of these as proxies in Islamabad's historical tensions and conflicts with neighbours.'

Unfortunately our successive governments have only resorted to mere verbal fusillades without any effective action on the ground to move for UN sanctions against Pakistan.

Vappala Balachandran is a former special secretary, Cabinet Secretariat, and a member of the high-level committee which inquired into the police performance during the 26/11 attacks in Mumbai. 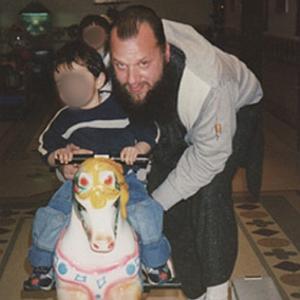