'In these days of a communication revolution, was it necessary for him to go to every country?'
'Mahatma Gandhi had no internet or a twitter account, but the whole world recognised him as the greatest leader of the 20th century,' says Ambassador T P Sreenivasan. 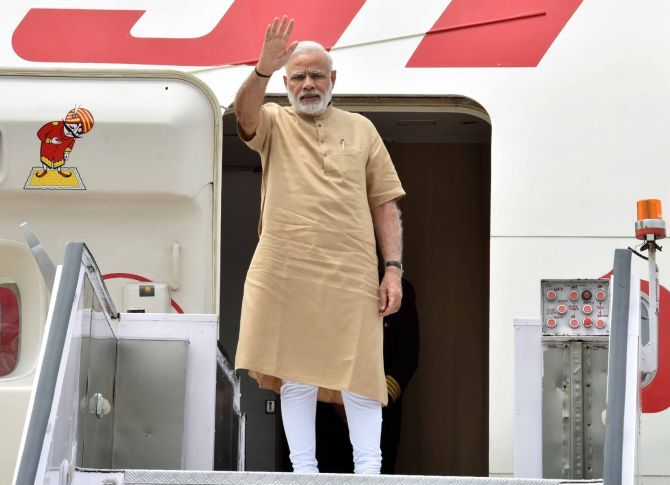 Prime Minister Narendra Modi turned the usually aggressive Arnab Goswami into the very picture of politeness by being charming, patient and reasonable in the first-ever interview given by an Indian prime minister to a private television channel.

He made his admirers proud, won friends among sceptics and neutralised many adversaries. No other prime minister after Nehru had bothered to explain his thinking on foreign policy as he did. But as it happens in such frank and forthright discussions, he also exposed the chinks in his armour, including his lack of experience in global affairs and diplomacy.

Perhaps for the first time, he offered an explanation for his hectic travel schedule. After 30 years of weak governments, here was a strong leader with a big majority in India and the world was curious to get to know him.

The best thing to do in the circumstances was to speak to them directly. He was not asked why the others did not come rushing to India if they were so keen to know the new Indian leader.

The number of world leaders who came to India after the change of government in 1977 was a record. In fact, Modi was known to the world more than Morarji Desai was when he took over as prime minister.

I remember the erstwhile Soviet newspapers, Pravda and Izvestia took three days to say that someone called Morarji Desai had succeeded Indira Gandhi and the only description that they had of him was that he was a Gandhian, though not a Gandhi!

Modi was known, perhaps for the wrong reasons, and that is why he was keen to talk to everyone personally to establish his credentials. In these days of a communication revolution, was it necessary for him to go to every country?

Mahatma Gandhi had no internet or a twitter account, but the whole world recognised him as the greatest leader of the 20th century. He was also misunderstood and ridiculed, but he did not need to go around the world. With a single sheet newspaper, he created waves around the globe.

Prime Minister Modi gave all credit for his success to his team and said that the team spoke with one voice, unlike in the time of the previous governments. This surprised many as the impression is that he is a one-man army and the only thing that is expected of his team is to execute orders.

Many have said that the power is concentrated in the PM, particularly in matters of foreign policy and that even the external affairs minister is not in the picture. There have been many instances of policy decisions being made without inputs from the ministry of external affairs.

In some cases, it was evident that the decisions would have been different if the MEA had intervened. A sense of history was found wanting in foreign policy decisions. Even as the chief minister of Gujarat, he used to say that he delegated so much authority that all the district collectors were as powerful as the chief minister. The secretaries in the MEA would have been happier if they were more involved in decision making.

The essence of Modi's foreign policy, as revealed by him, is that he does not want India to stand on the shores of the ocean and count the waves. He wants India to wade into the ocean and 'ride the waves and decide on our direction, destination and speed.'

According to him, in the past, India had given too much attention to the major powers and neglected the small ones. He wants to give equal attention and respect to all countries. He gave the example of the Pacific nations, whom he brought together. He confirmed that in the future, it will not be non-alignment, but it will be selective alignments, all at the same time.

But it was not clear what he meant when he said that the bipolar situation was for 'namesake.' Relations should not be just between the governments, but also between people.

In this context, he claimed that he had no previous baggage of policy and, therefore, he could be inventive and innovative. He should know, of course, that India, on the other hand, has a tradition and history and he cannot ignore it completely. He said elsewhere, that he was actually continuing on the same path established by previous governments.

On China, the PM was very clear that India would continue to pursue its national interests in the dialogue with China and that there would be no compromises. The dialogue should continue even if there were many problems with China.

'We don't have one problem with China, we have whole lot pending with them.' He did not elaborate or identify the border problem as the most difficult one and did not express any optimism about normalising relations with China.

He appeared to hold the view that problems with China should be managed as they would not be solved easily. He started off as PM as a 'Panda lover', but now he appears to recognise that the relation would be adversarial for a long time.

On the US, the PM was more optimistic. He quoted the US media as having observed that 'the success of Obama's foreign policy has been the warm relationship with India.' He said that the US should not be judged by its support to Pakistan and we should pursue our own strategy to befriend the US.

He was happy that the respect shown to India created a hype in the US. In other words, he gave a clear indication that the US should be the first among equals as far as India's friends are concerned. He did not see any dangers in getting too close to the US and was not averse to being an ally.

Pressure on terrorists had increased and the jawans were protecting the borders, risking their lives. 'My country's soldiers have full freedom to answer in whatever manner they have to,' he said.

He put the finger on the real problem when he said there were different types of forces operating in Pakistan and that India could deal only with a democratically elected system.

He claimed, however, that his continuous efforts had shown some results in terms of the increasing conviction in other countries that India had good intentions.

Although the PM devoted a considerable part of the interview to foreign affairs, the overall picture was sketchy and unclear. He justified his pro-active foreign policy in the context of the changes in the international situation and stressed that India would suffer if the world did not know the new leader of India.

'The world did not know me. It wants to. But if someone wants to know me through the eyes of the media, he would be disillusioned. If this happens, the country will be at a loss. Modi's personality should not be a hindrance for the world to have faith in India.'

This sounds very modest, but it is quite clear who the boss is.

T P Sreenivasan, IFS 1967, is a former Ambassador of India and Governor for India of the IAEA. 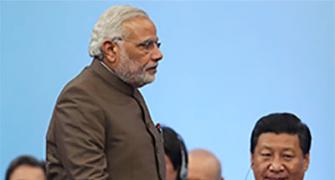 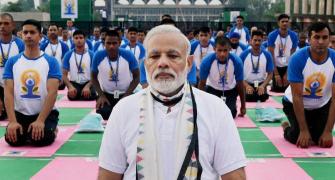 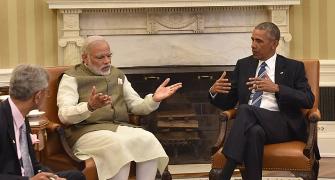