News
Business
Movies
Sports
Cricket
Get Ahead
Money Tips
Shopping
Sign in  |  Create a Rediffmail account
Rediff.com  » News » We must give Vibhishan his due

Vibhishan was a seeker of justice who risked it all to be on the side of truth, says Sudhir Bisht. 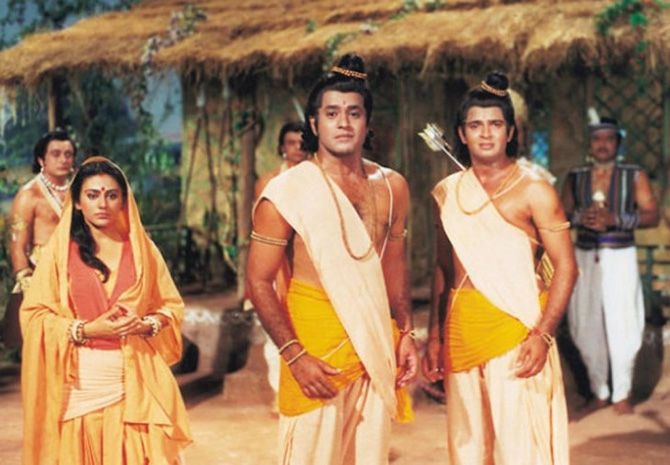 IMAGE: A scene from Ramanand Sagar's Ramayan, currently being telecast on Doordarshan.

In all epics, there are heroes and there are superheroes.

The biggest superheroes for Hindus are Ram and Krishn; the former is said to have been visited earth during the Treta Yug while the latter came in the Dwapar Yug.

Most people who write about Ram in English refer to him as 'Rama'. For them Krishn is Krishna or Krushna and Yug is 'Yuga'. I would stick to the correct and original nomenclature. Ram and Krishn, our superheroes, do not need an extra 'a' to make their names sound better.

All this stuff of calling the Ganga as Ganges and Emperor Ashok as Ashoka doesn't appeal to me. Why add a letter or two to the names of those whose qualities are beyond description!

Ram and Krishn are contrasting characters. While Ram is serious-minded, kind, mighty, forgiving and full of piety, Krishn is full of love, affection, and liveliness and willing to participate in the drama of life that is full of deceit, conceit and corruption.

However, Krishn is always on the side of rectitude. With Ram, of course, there is no question of any corruption by any human being when Ram is in their midst.

His divinity rubs on all and anyone who encounters him becomes virtuous. The only exception to that rule was Kaikeyi, his stepmother, and Ravan, the king of Lanka.

My first contact with Ram was in the 1970s when I started participating in Ramayan theatre shows that used to be organised in numerous parts of Delhi during the festive month of Dashera.

Then, in the late eighties, Ramanand Sagar's television serial Ramayan took over the entire nation.

There was Ram frenzy all over and on Sundays the streets of India used to be in pin drop silence mode during the hour when the serial was on air.

Thanks to the national lockdown due to the devil called coronavirus, Prakash Javadekar, the information and broadcasting minister, has brought Ram back in focus. This may be Javadekar's biggest achievement, by the way, in recent times.

The serial is being telecast on Doordarshan in an effort to bring some relief to Indians who are locked up in their homes to prevent the spread of coronavirus.

This also gives me time to share with readers something that has been bothering me for many decades.

I am simply not able to understand our antipathy towards Vibhishan, Ravan's half-brother who chose to help Ram during their bitterly fought battle.

Ram is the Maryada Purshottam, the greatest and most virtuous among all men. The handsome prince's lineage is impeccable. The earliest traceable ancestor of his dynasty, the Suryavansha, is Ishvaku, the great king, and Ram was born to Dashrath and Kausalya, but in fact was the avatar or incarnation of Lord Vishnu himself.

The story of Ram, as contained in Valmiki's Ramayan and in Tulsidas's Ramcharitmanas, is the most inspiring story of a prince who gave up his claim on a very revered and prosperous kingdom just because his father asked him to do so.

Ram didn't covet the throne that was his own due to the fact that his birth preceded the birth of his other three brothers by a few hours.

The eldest born didn't even ask his father the reason for his being sent away to the jungle. A father's wish is a command for a son and the king's order is ordained by God.

This was the principle that was enshrined in Ram's heart and soul.

Ram went to the jungle and his wife and younger brother Lakshman joined him willingly. In the course of time, his wife was abducted by the evil king of Lanka, the mighty Ravan.

Many good men and monkeys, bears and birds, support Ram and Lakshman in their fight against Ravan.

The story of Ramayan is full of such warriors -- Hanuman, Sugreev, Jatayu the super eagle and Jamwant the king-bear.

However, one person who helps Ram the most has come to become the most scorned person in India.

I am referring to Vibhishan, Ravan's half-brother who jumps sides and assists Ram in killing Ravan.

Vibhishan revealed the secret to Ram that Ravan had a pot of amrut in his belly and the only way to slay Ravan was by aiming a powerful arrow at his navel to break that pot.

Ram heeded Vibhishan's advice and struck a powerful arrow at Ravan's navel and the 10-headed demon-king came crashing down.

Had Vibhishan not revealed the secret of Ravan's eternity to Ram, the latter would never have vanquished the former. So the credit for killing the evil should go in some measure to Vibhishan, but that is not how our society judges Vibhishan.

He is considered a 'ghar-ka-bhedi', the person from within the household who reveals the family secret to the enemy.

No father or mother wants to name his or her son Vibhishan.

Isnt it ironic that a man who rendered the most critical service to Ram is scorned at by you and I!

Was it not Vibhishan who was instrumental in saving Lakshman, the incarnation of Seshnag?

When Lakshman was unconscious, hit by an arrow aimed at him by Meghnad, Ravan's son, it was Vibhishan who revealed the physician in Lanka who could cure Lakshman.

The royal physician Sushena was rushed to the site by Hanuman on Vibhishan's advice.

It was the mighty Hanuman who brought the magical herb, the Mruthsanjeevani, that was eventually used to revive Lakshman.

Shouldn't Vibhishan's role also be acknowledged in saving Lakshman's life? Do we find anyone ever mentioning that? Of course, no.

Even before Vibhishan joined the Ram camp, he was a devotee of Vishnu and it is said that he knew that Ram was an incarnation of Vishnu. So he was naturally drawn towards Ram just like a devotee is drawn towards his Lord.

Vibhishan was known to be a pious man who advised his elder brother Ravan that the latter had committed an immoral act by kidnapping Sita.

He confronted his brother and asked him to return Sita to her husband and seek forgiveness for his cowardly act.

Vibhishan displayed the strength of his character by seeking to defy his mighty but cruel king.

He risked his life for his high moral values and thus deserves to be given an exalted place among the fearless warriors by our society.

Vibhishan was always on the side of truth and stood for justice and fair play.

He can be considered to be the first champion of women's rights when he chided his brother for keeping another man's wife captive against her wishes.

He could have been at the receiving end of his brother's Chandrahas, the indestructible sword gifted to Ravan by Lord Shiv, but Vibhishan chose to stay on the side of uprightness and integrity.

So why should our society remember Vibhishan as a spineless man who chose to turn his back on his brother and not remember him as a person who stood for his principles of righteousness?

Is remaining loyal to evil just because you are an evil man's brother not an act of cowardice?

What can be a greater case of heroism when you choose to fight your own kith and kin to help the cause of reason and integrity?

Our society's insistence on not giving a virtuous man his due just because he didn't defend his immoral elder brother smacks of lack of morality in our society.

A wife who opposes her husband's corrupt ways; a brother who blows the whistle on his brother's misdeeds; a son who parts ways with his crooked father, deserve high degree of appreciation.

Vibhishan was the first whistleblower in the history of humankind and he deserves a room alongside all the other heroes of the Ramayan.

He didn't desert his king and his elder brother for any ulterior motive.

He revolted but without an army at his command.

Truth, scruples and a clean conscience were his only companions when he went over to meet Lord Ram.

He risked his life when he antagonised Ravan and he risked an uncertain future when he crossed over to the other side.

Vibhishan, the incorruptible and principled younger brother, deserves a better epitaph than being a 'ghar-ka-bhedi'.

He was a seeker of justice who risked it all to be on the side of truth.

It is time Vibhishan gets his due from us. We should remember Vibhishan as the righteous-rebel of Ramayan. 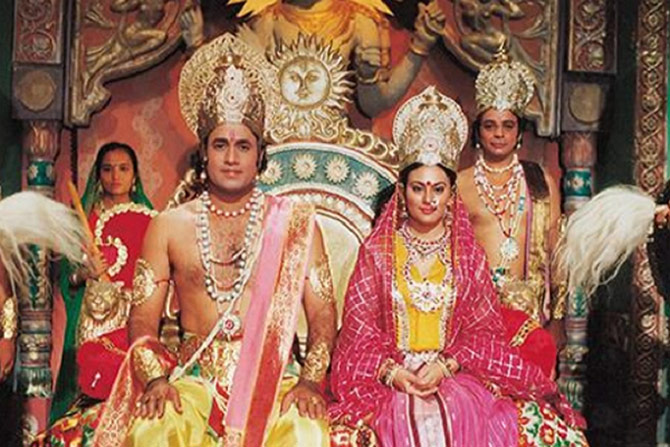 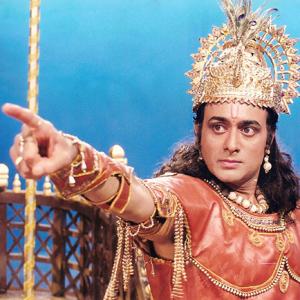