Hopefully, some Congressmen can now locate their spine

If not now, when, asks Virendra Kapoor. 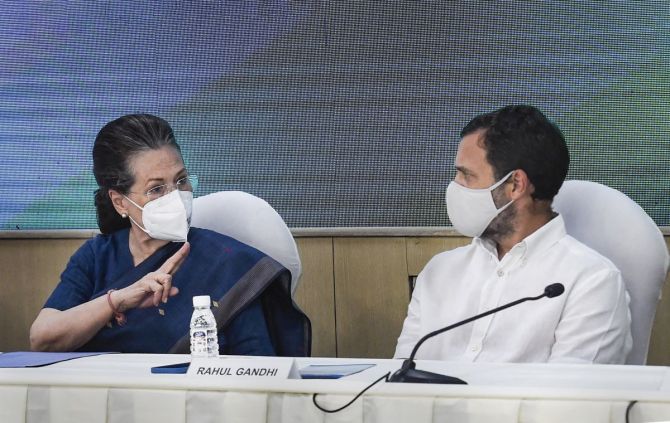 The dust kicked up by the merciless demolition of the Congress Party will take time to settle.

Before the severe buffeting in the latest round of Assembly polls succeeds in easing, if at all, the Gandhis' vice-like grip on the party, there may be a very real threat to the party governments in Rajasthan and Chhattisgarh.

For, neither Sachin Pilot in Rajasthan nor T S Singh Deo in Chhattisgarh would no longer be ready to be strung along.

Feeling emboldened, they would now insist on replacing Ashok Gehlot and Bhupesh Bhagel while, post-debacle, the incumbent chief ministers too can put their backs up, thumbing their nose at 10 Janpath.

The mighty voter in UP and Punjab has delivered a near-fatal blow to the Nehru-Gandhi dynasty.

The great and glorious tradition of the 135-year-plus party of the freedom movement lies in tatters at the hands of the unworthy legatees who had turned a democratic party into a family heirloom, to be passed on like a lifeless brick-and-mortar structure from generation to generation without nary a concern for competence and connect with the people who in all conditions remain, or should have remained, the real masters of its destiny.

Unfortunately, the few members who still subsist under the tattered Congress tent are inclined to leave their thinking caps at home, choosing instead to bow and scrape before the Family.

Now, especially after the humiliating self-goal in Punjab by the too-clever-by-half Rahul Gandhi on the very eve of the poll, it may no longer be possible to shove the famous G-23 missive under the carpet.

Failure to account for the historic drubbing not only threatens a further disintegration of the party, but it might cause its units in Maharashtra and Jharkhand, where they are part of the ruling arrangements, to declare independence from 10 Janpath. They say even a worm turns.

Hopefully, some Congressmen can now locate their spine. If not now, when?

When the morale is rock-bottom, and the Gandhis have little to offer by way of leadership, a Pradesh committee say, in Maharashtra, can, as they say, go rogue and declare independence. And respond positively to the constant and unremitting wooing by the powerful BJP.

With an indulgent Centre blessing any new arrangement which may help separate the transactional trio now in power in Mumbai, a BJP-Congress jugalbandi cannot be as hard to conceive as it appears.

If power alone had propelled the Congress to team up with the Shiv Sena, there could be nothing to prevent an embrace of the BJP, if for nothing else than to save the ministerial 'gaddis'.

Meanwhile, the post-result punditry in the media reflects the barely concealed ire against the voter for plumping for the BJP.

Feeling circumscribed by the demands of decency and democratic proprieties, the usual suspects masquerading as liberal-left-secularists find it hard to acknowledge that the voter may have her own reason to vote the way she did.

Their sense of noblesse oblige does not quite square with the great unwashed masses voting in droves for the Modi-Yogi duo in preference to the sophisticates of the Congress party who people the same urban spaces and patronise the same restaurants and hotels as do the visceral critics of the Sangh Parivar.

A cursory look at their dazed reaction on television and in the English language press would reveal how they rebuke the voters for ignoring a plethora of negatives, from inflation and joblessness, economic mismanagement to bungling on the pandemic handling, only to return Yogi Adityanath to power with a greater vote-share than in 2017.

They fail to acknowledge that the good and wise voter having experienced what had come before Yogi, and what was on offer him should she decided to vote Yogi out, came to the considered conclusion that persisting with the Bulldozer Baba was a much better course.

The talking heads on television fought shy of conceding the commonsensical explanation for the BJP win in UP.

But the truth is that the voter is no longer willing to be taken for granted.

We are long past the age when an electric pole strung with a Congress flag could win handsomely.

No sir, happily not any more.

There has been a welcome deepening of democracy in the last 70-plus years.

Even an illiterate and seemingly clueless voter knows where her interest lies.

Indira Gandhi swept the poll on a mere slogan of 'garibi hatao', having earlier tantalised the electorate by muzzling a vibrant private banking sector into complete submission.

The voter gained precious little by way of actual relief in cash or kind. That was in the early 1970s.

Since then several generations of Congressmen have further devalued socialistic nostrums, so much so socialism is now a dirty word for politicians.

Cut to 2022. If the voter re-elected the BJP, it is because she has personally gained from the Modi-Yogi regime.

Who said only politicians can be selfish and self-centered?

Juxtapose these real-life benefits with a spiritually lifting overlay of a rejuvenated and renewed Kashi and Ayodhya and you have the real reason why the BJP has scored big in this round of elections.

And, as Modi said post-win, the voter may well have laid the foundation for the party's victory in 2024.

Also, it is no point lamenting the sorry plight of the secularist-liberal parties since ideology of any kind no longer informs our politics.

Indeed, if there is any ideology-based party it is the BJP -- the Communists were pummeled comatose by voters years ago. The BJP boldly embraces Hindutva as its guiding mantra.

All others, including AAP -- nay especially AAP -- which won big in Punjab thanks to the Himalayan follies of the Gandhis, are transactional in nature, selling whatever the voter may want regardless of any religio-cultural reference.

Or even an economic blueprint. Small wonder the BJP seems to be going from strength to strength. 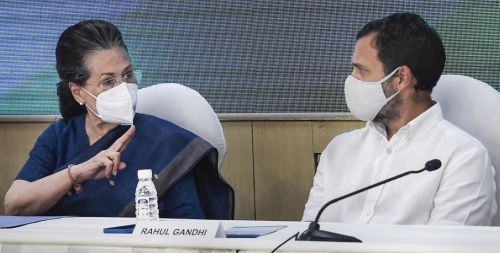 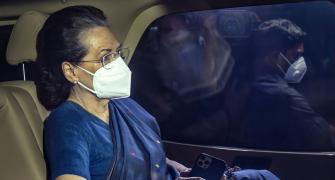 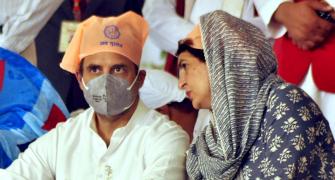 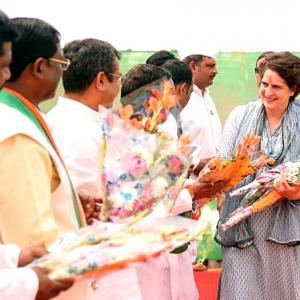 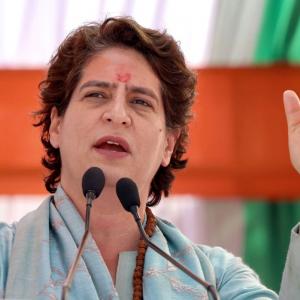 'JNU gang has hijacked Congress in UP'