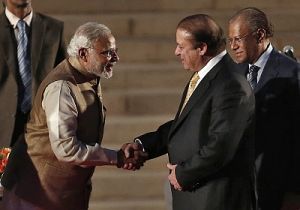 On Tuesday, Ambassador M K Bhadrakumar revealed the real reason for the Modi government calling off the talks with Pakistan.

Today, Ambassador T P Sreenivasan says, 'India had nothing to gain by the talks except for some brownie points from the US for being reasonable. Pakistan desperately needed the talks to get arms and money from the Americans.'

India has an established position that the peace process with Pakistan shall remain suspended till the perpetrators of the Mumbai attacks are brought to book. But even the Manmohan Singh government, which established that position, violated it several times by trying to organise 'non-talks', track II talks and various variations of talks, even talks on talks.

Prime Minister Narendra Modi, who opposed those moves and advocated a tough position on Pakistan, surprised everyone by offering foreign secretary level talks without saying so.

After his talks with Pakistan Prime Minister Nawaz Sharif, it was announced that the 'foreign secretaries would remain in touch' by phone, through high commissioners etc, but the dates of the talks were announced without any plausible reason.

India's Pakistan policy is reduced to the question, to talk or not to talk. The question should be whether the time has come for progress in normalising relations.

Nawaz Sharif did nothing to be rewarded by talks ever since he returned from India except for saree diplomacy. On the contrary, the ceasefire was violated several times, the Kashmir issue was raised and the Most Favoured Nation status was forgotten.

The businessman prime minister of Pakistan ignored the tantalising offers of India's business friendly prime minister. The dates of the talks were announced regardless, for no rhyme or reason, except a commitment to improve relations with Pakistan and other neighbours.

Meanwhile, the situation in Pakistan has deteriorated, making Nawaz Sharif's position precarious. The talks had failed once again even before they started. Prime Minister Modi himself openly criticised Pakistan's proxy war.

The cancellation of the foreign secretary level talks was ostensibly on account of the meetings that the Pakistan high commissioner held with the Hurriyat leaders, but it came as no surprise against the background of the lack of response of Pakistan to India's overtures.

The government also had an eye on the forthcoming elections in Jammu and Kashmir. The whole episode beginning with the invitation to Nawaz Sharif and ending with the cancellation of the talks has served only to make the new government in India aware of the realities of Pakistan. But it deserves credit for not dithering in the face of Pakistan's interference in India's internal affairs, as its predecessors had done.

Since India had not reacted to such meetings except in words, Pakistan had taken it for granted that it had a legitimate right to ascertain the wishes of those whom they considered representatives of the Kashmiri people before engaging in talks.

Even after the cancellation of the talks, the high commissioner continued his meetings, leading to legitimate demands that he should be expelled.

What did India expect from the talks? It was obvious that the two sides would have only reiterated their positions. Pakistan would have raised the Kashmir and Baluchistan issues and we would have demanded an end to terrorism and punishment of the Mumbai marauders.

India had nothing to gain by the talks except for some brownie points from the US for being reasonable. Pakistan desperately needed the talks to get arms and money from the Americans. So it remains unclear as to why we upgraded the 'keeping in touch' formula to foreign secretary level talks.

It could either be the anxiety of the new government to break new ground with Pakistan. It could be the pressure of the peaceniks, who want uninterrupted peace talks with Pakistan. It could even be some false expectations raised by some journalists and others, who gained access even to Muhammad Sayeed, the most wanted Pakistani in India. But the overall impact is the clear assertion that Pakistan was not ready to grasp the hand of friendship extended by India.

A strong school of thought in India has it that we need to support the democratic forces in Pakistan and encourage the civil society there, going to the extent of strengthening Nawaz Sharif against the fundamentalists and the army.

This has been proved wrong once again. History has taught us that, regardless of the changes in the Pakistan government, the policy of hatred against India has been consistently maintained. Moreover, Nawaz Sharif has always had strong links with the jihadis and the army.

A hardening of the Indian position on Pakistan may well be the consequence of the episode. Many had speculated what the Modi government's reaction would be if a major terrorist attack is launched by Pakistan. The situation is serious enough even now and the instinct of the present government would be to be tough with Pakistan.

Some reports indicate that the talks were designed to prepare for a possible meeting between Narendra Modi and Nawaz Sharif in New York. Considering that no breakthrough was expected at the summit, a preparatory meeting at the political level was hardly necessary. Now the possibility of the summit itself has receded.

The Pakistan experience calls into question the very foundation of the new neighbourhood policy that Modi has announced. The only foreign policy indication he gave during his Independence Day message was that all the SAARC nations would fight poverty together and that India would help SAARC to emerge as a power in the world.

This is an unexceptionable dimension to foreign policy. But it should not be forgotten that SAARC has not fulfilled even its limited promises because of the bilateral issues among them and the grievances each one of them has against India.

Neither Indira Gandhi's demands for strict reciprocity, nor the Gujral Doctrine, which envisaged unilateral concessions by India had helped in the past to build up SAARC. It would be unrealistic to expect that the new policy to win over the neighbours would succeed. The Chinese role in our neighbourhood has only accentuated the problem.

Modi mentioned his visits to Bhutan and Nepal, which were extremely successful. The package that he offered to Nepal was unprecedented and his speech in the Nepal parliament, containing various assurances, was considered a game changer. But the fact remains that the Nepalese newspapers are still voicing apprehensions about India's intentions. Questions are being asked about India eyeing Nepal's water and using security as a code word to bypass Nepal's institutions.

Even our other neighbours are likely to suspect our intentions if we make friendly moves. To make such a slippery ground the corner stone of our foreign policy is hazardous indeed. We should manage our relations with our neighbours, but go farther afield to the east and the west to battle poverty and to gain strength. We should realise that we do live in a 'tough neighbourhood', as Henry Kissinger famously said in justification of our nuclear weapons tests in 1998.

T P Sreenivasan is a former Ambassador of India and Governor for India at the IAEA; Executive Vice-Chairman, Kerala State Higher Education Council and Director General, Kerala International Centre. You can read his earlier columns here 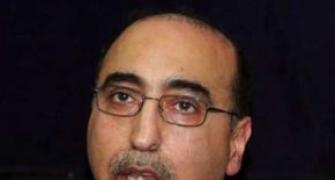 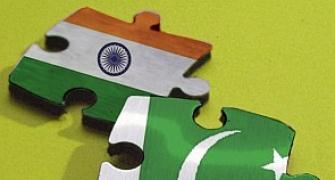 US in touch with India, Pakistan over resumption of talks 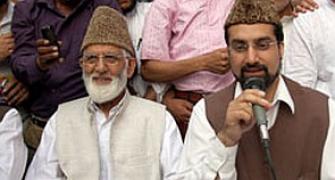 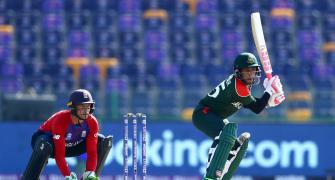 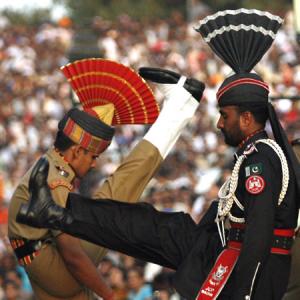 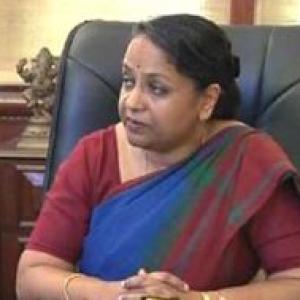