'On Saturday, I drove my wife over to Beverly Hills for sushi.'
'Two blocks before Rodeo, we turned the car around, because we saw hundreds driving pickup trucks and marching down sidewalks, yelling, donning MAGA gear, and waving huge Trump flags.'
'I tell you... It was scary.'
'And this didn't look like a defeated throng.'
'These folks looked like they knew something we didn't,' notes Rajiv Satyal, the Los Angeles-based comedian and host. 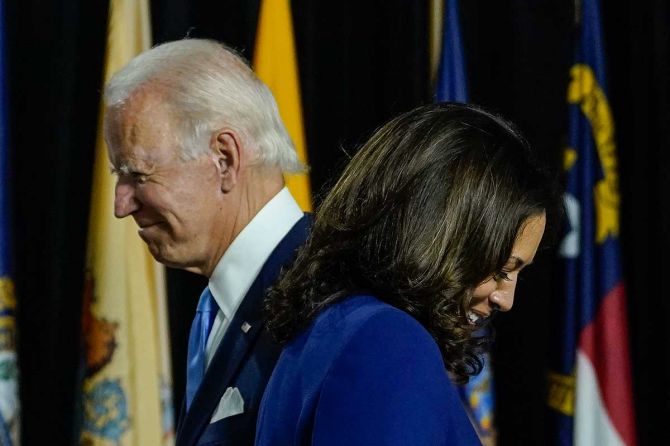 'They realized that to be in power, you didn't need guns or money or even numbers.
You just needed the will to do what the other guy wouldn't.'
-- The Usual Suspects

It was a thrill commiserating and then celebrating the 2020 election results with you.

The camaraderie we felt as we messaged into the night, only to wake up and do it all again, is something I'll never forget.

And yet, over the last few days, these sensations have given way to one of dread.

Most of you know me to be a diehard optimist.

Indeed, my texts even deep into the darkness of Election Night showed I was keeping the faith; I began celebrating on Friday, not waiting till Saturday.

Three years ago, I predicted the Biden+Harris ticket and that they'd win (external link).

I mention that not to boast, but rather to lay the groundwork for what I'm about to convey.

And if it were just the latest in a series of presidential tantrums, I'd take it as somebody who's trying to spoil our good time, to rain on our parade, to piss in our soup.

Donald Trump is well within his rights to contest the election: I'd like to believe that if the shoe were on the other foot, we'd grant Biden that latitude.

We wouldn't want him to back down until it was truly over.

However, what I'm detecting is something more sinister.

Trust me: It pains me to write this.

And I do so with some risk: I've branded myself. 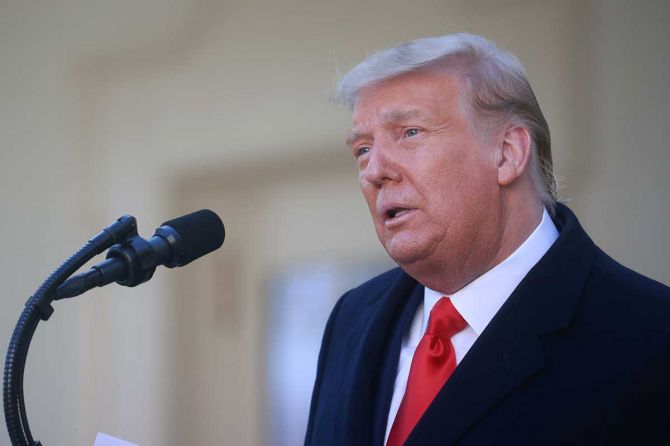 The Man in the Middle (external link), and I want to bring people together, not cut my potential viewership in half (from ten people to five).

I don't want to scare you or give you any (more) heart palpitations.

But we need to stay on our toes here.

Trump is trying to steal this election.

What are his chances?

But higher than actually winning it outright.

And any non-zero percentage is terrifying: Losing in an election isn't losing your country.

Losing in a coup is.

Could you imagine Trump's getting away with any of the things he has over the last four years?

In fact, you could go all the way back to the 1980s: He should be in prison for the stuff he's done.

And still, he's avoided true accountability at every turn.

Cue up to now. Besides Joe Pesci in My Cousin Vinny (external link), it'd be hard to conjure up anyone in history who has had more riding on the outcome of anything than Donald J Trump in this election.

He needs a victory.

It's easy to laugh at someone whose campaign began insulting Mexicans and wound up (external link) at a landscaping company.

Trump is nothing if not a reality star who viscerally understands 'The Show Must Go On' and that the television series concludes when he concedes.

It's like the end of the musical, Chicago, when nobody even cares what the verdict is... we'll move on that fast.

But the rhetoric is harsh and the support is real: We have only two viable political parties in this country and one is nearly wholly behind this President.

Watch Mitch McConnell's speech... not at a presser... on the Senate floor (external link).

And again, you can shrug it off and say, "Yeah, yeah, we're the majority; we're on track to win 80 million votes.

"OK, realize the US has the Electoral College.
And the US Senate, where Republicans represent 20 million fewer people (external link) than Democrats do.

And a Supreme Court on which over half of the justices (five of nine) were appointed by Presidents who lost the popular vote.

So, we already have minority rule.

And if that doesn't convince you, then maybe this movie clip from The Devil Wears Prada (external link) will?

But we're talking about the devil.

And Nigel's my doppelgänger.

And speaking of "wears," I know we're worn out.

I know the fight now moves to Georgia, where control of the US Senate is at stake.

I know Trump's best chance was to rig the election beforehand, and Lord knows he tried.

I know he's trying to delegitimize Biden's Presidency, which is shameful and dangerous in and of itself; as Americans, we should all be deeply offended by this. (Perhaps not all 70 million Trump voters would see Biden as a fraud but tens of millions might... and that's enough to shake confidence in the whole system.)

On Saturday, I drove my wife over to Beverly Hills for sushi near the Prada store (being the man of the people that I am).

Two blocks before Rodeo, we turned the car around, because we saw hundreds driving pickup trucks and marching down sidewalks, yelling, donning MAGA gear, and waving huge Trump flags.

Maybe they thought it was an actual rodeo?

We witnessed first-hand how fired up these people are -- and that's after a (supposed) loss.

While I'm no mind reader, I do get paid to understand crowds.

These folks looked like they knew something we didn't.

To stay calm, I've been scrolling through Twitter... a surefire way to inner peace as it's an oasis of tranquility.

On the real, though, there are brown voices like Asha Rangappa's, who wrote a masterful thread about why we should step down from the ledge (external link) and not worry so much about this 45th President.

That said, I like that one Cornershop song (external link) and wouldn't want to see a Brimful of Asha on the 45.

Then Preet Bharara summed it up with his @-reply to somebody who wrote, 'Just tell me how scared I should be': 'For now, more disgusted than scared. But stay tuned' (external link).

"For now" and 'But stay tuned' aren't exactly reassuring.

If all Trump wanted to do was settle scores and protect himself by issuing pardons and firing people, he could do that.

But he has refused to honor the peaceful transfer of power.

He has declined to give a concession speech and fired the top brass at the Pentagon... all during a peaking pandemic.

'Something is rotten in the state of Denmark.' Or, if you prefer Bill & Ted, strange things are afoot at the Circle-K (external link).

Well, when you're winning, clarity is your friend.

When you're losing, chaos is your friend.

Are these likely to work? No.

At the same time, here's the thing: They're not illegal.

Yep, there is technically no law that prevents any of those things from being successful. 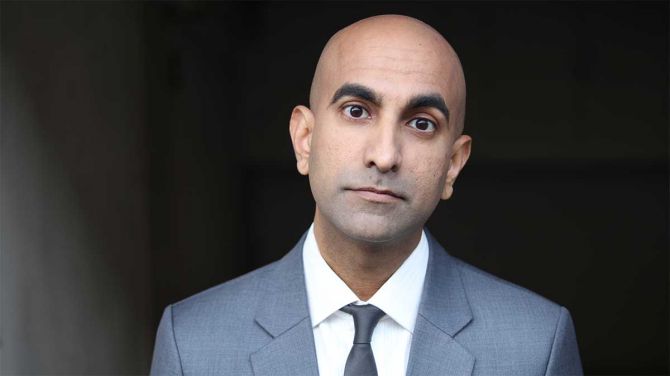 When I began writing this, I wasn't sure of the Ask.

What am I imploring us to do?

I'm hoping we can find the solution together.

But one thing I do know is that we have a platform... some of you much larger than mine.

And the other side (pains me as it does to call it that) needs to see that we're ready to fight.

For now, speak up online.

And know that it could develop into more: like the rest of the marches, we may need to get ready to travel.

To our cities, to our state capitals... hell, all the way to DC.

No. Sleep. Till. Biden (external link).

I hope it doesn't come to that.

(I've heard being wrong is this weird feeling... I've yet to experience it. What's it like?) I hope, on January 20, 2021, some of you forward this to each other and go, "Dude, Raj really lost it that day. What was that old bald fool thinking?"

All I'm saying is let's keep our eyes and ears open.

Let's summon the will that the other guy clearly has.

I'd rather win in my paranoia than lose in my smugness.

I'd rather pull a reverse-Drake and Cry Now Laugh Later external link.

And if nothing else, I hope I put that Cornershop song back in your head.

You should listen to it.