News
Business
Movies
Sports
Cricket
Get Ahead
Money Tips
Shopping
Sign in  |  Create a Rediffmail account
Rediff.com  » News » This is the water reality in Bharat

'Even the most basic water amenities, people like us used every day, didn't exist there at all,' discovers Geetanjali Krishna.
Illustration: Dominic Xavier/Rediff.com 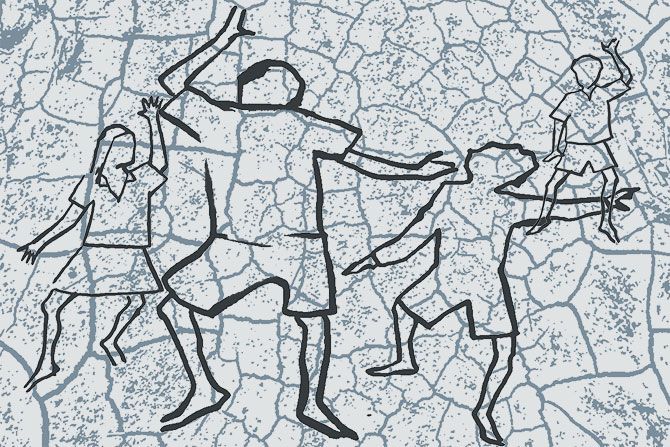 Some time ago, Hindustan Unilever's #startalittlegood initiative released a short film, The Shower.

A plush rain shower in a glass cubicle, the sort many of us have or aspire to have in our loos, mysteriously appears in a water-starved village.

A farmer is startled when he accidentally turns it on.

All of them drink that water.

In the time it takes for an average bloke in the city to have a shower, half the village is able to slake their thirst.

The yawning disparity in access to water, depicted in the film, moved me immensely.

Soon after, I went to Bhadrak district in Odisha and realised the film didn't even cover half of it.

Even the most basic water amenities, people like us used every day, didn't exist there at all.

In Bhadrak, as we toured several villages collecting pre-intervention case studies for the international NGO WaterAid, I was impressed to see new toilets everywhere.

Locals said that almost every household in the district had a toilet.

The first person we spoke to was Minnati Bhal in Gobindpur village.

She'd been relieved when a toilet was built for their physically disabled 11-year-old Smrutimayi.

But the little girl remained completely dependent on her mother as the loo was about 100 metres away from their hut with neither piped water nor a paved safe path leading up to it.

It originally had a commode, but no rails for her to lower herself down on the seat.

So Bhal still spends her day ferrying water in buckets from the communal tap.

The toilet doesn't have an electricity connection either and we left with the heartbreaking image of the painfully thin mother carrying her painfully thin daughter to the toilet, balancing a torch to show her the way.

Then we met Rangalata Behera, 60, who estimated she carried at least 40 buckets of water from the hand pump to the bathroom in her house every day.

Her heavily-pregnant daughter-in-law couldn't do it, so the task of fetching water from the pump about 400 meters away, fell on Behera's shoulders alone.

Babaji Mahalik, 52, and blind since infancy, faces the same problem.

"The toilet is there, but without a proper path leading to it and a piped water supply, he continues to be dependent on me for going to the bathroom," says his brother Kirtan Mahalik.

In Madhupur, another village in Bhadrak, Bapun Barik, a wheelchair user, had a similar tale to tell.

His father Babaji fetches water from the pond nearby to use in their brand new toilet.

"I can't even imagine what it will feel like when water comes to our homes in pipes..." he said.

After a while, the faces and stories blurred, the refrain was the same.

While toilets had been constructed (in a tearing hurry, many locals reported), not having piped water in them was a huge inconvenience.

Later that evening, the faces of the people I'd met kept coming back to me.

For people like them were still enslaved by the lack of the very amenities that people like us have taken for granted all our lives. 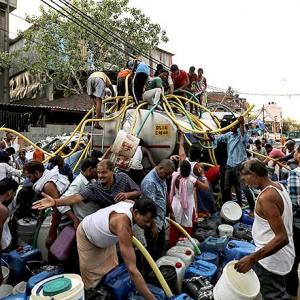