As Iran and Pakistan move ahead with the gas pipeline project now, India’s best option would be to wait and watch to see if the rhetoric of the “peace pipeline” actually matches the ground reality of energy security in its neighbourhood, says Harsh V Pant.

The much delayed India-Pakistan-Iran (IPI) gas pipeline is back in the news. Of course, without one “I” -- India. Iran and Pakistan marked the start of Pakistani construction earlier this week when the Presidents of the two countries came together for the ground breaking ceremony.

The two are hoping that the pipeline will be complete in time to start delivery of 21.5 million cubic metres of gas per day to Pakistan by December 2014. There was much political symbolism involved in this move by Islamabad and Tehran as both nations are trying to snub the US which has been against this pipeline and has been trying to isolate Iran for its nuclear programme.

During the ceremony, Iranian President, Mahmoud Ahmadinejad accused "foreign elements" of trying to undermine Iran's relations with Pakistan and to thwart the Islamic Republic's progress by using its nuclear programme as a pretext. "I want to tell those individuals that the gas pipeline has no connection whatsoever with the nuclear case," Ahmadinejad thundered.

Rapidly rising energy demand in India and Pakistan has been the impetus behind the proposed gas pipeline from Iran’s outfields through Pakistan to India. It is expected that this joint gas pipeline project would play an important role in cementing ties between Iran and Pakistan and that Pakistan’s annual royalties from this project would be about $500 million to $600 million.

The proposal, however, was stuck for a long time because of differences between Pakistan and Iran on pricing and on methods to supply gas to India. Both India and Pakistan had contended that Tehran offer a price for gas in line with global practices for long-term contracts and had rejected Iran’s gas pricing formula wherein the gas price is linked to Brent crude oil with a fixed escalating cost component.

The price Pakistan was demanding for security and transit also made India wary of the project. And then there was the US opposition to the project though both India and Pakistan had indicated that the project remained a foreign policy priority despite the pressure from the US. In the end Pakistan decided in 2009 to finalise the gas pipeline deal with Iran, connecting Iran’s South Pars gas field and Pakistan’s Balochistan and Sindh provinces. The pipeline is expected to start operating from 2014, exporting more than 21 million cubic meters of natural gas daily to Pakistan. However, the deal remains a controversial one even in Pakistan because of the high price that Iran is charging.

India had quit the project in 2009 though officially New Delhi continues to claim that it has kept its options open to join the project at a later date even as China has evinced a keen interest in joining the project. For India, the issue of Iran’s reliability as an energy provider is the main one. There is little evidence so far that Iran would be a reliable partner in India’s search for energy security.

A number of important projects with Indian businesses and Indian governmenthave either been rejected by Iran or have yet to be finalised due to last minute changes in the terms and conditions by Tehran. To date, Iran accounts for only about eight percent of Indian oil imports. Moreover, both of the major energy deals recently signed with great fanfare, and raising concerns in the West, are now in limbo. India’s 25-year, $22 billion agreement with Iran for the export of liquefied natural gas has not produced anything since it was signed in 2005, as it requires India to build an LNG plant in Iran.

The plant would need American components, which might violate the US Iran-Libya Sanctions Act. The other project -- involving the construction of a 1,700-mile, $7 billion pipeline to carry natural gas from Iran to India via Pakistan -- is also stuck. The current Indian government initially viewed the pipeline project as a confidence-building measure between India and Pakistan, but when pressure started mounting, Indian Prime Minister Manmohan Singh went so far in 2005as to say that he did not know if any international consortium of bankers would underwrite the project, given uncertainties about Iran.

The Indian strategic community has never been in favour of the pipeline proposal anyway, as in their opinion, it gives Pakistan too much leverage over India’s energy security.

Both these projects have also made the unreliability of Iran as a trade partner clear to India. The national oil companies of Iran and India disagree about the legal interpretation of the contract for the export of LNG to India. This deal was signed in 2005 before Ahmadinejad was elected President, and was tied to a relatively low market price for crude oil. India considers the deal final and binding, while Iran has argued that it is not binding because it has not been ratified.

Amid the growing global isolation of Iran, sections of the Indian government have suggested that India’s participation in the gas pipeline deal might not be strategically advantageous to India, given the very low quantity (30 million standard cubic meters per day) of gas involved. Moreover, it has also been apparent that the Iranian gas is not the lowest-priced option for India. New Delhi has made it clear that although it remains interested in the pipeline project, it would pay for the gas only after it is received at the Pakistan-India border, it would not pay penalty in case of a delay, and it is opposed to Iran’s demand to revise the deal’s gas prices every three years.

India’s interests in the relationship with Iran, however, have never been strictly commercial. After Pakistan and Iran signed their pipeline deal in 2009, India indicated that it was willing to resume negotiations regarding independently importing natural gas from Iran via sea pipeline, allowing India to get around Pakistan.

As Iran and Pakistan move ahead with the project now, India’s best option would be to wait and watch to see if the rhetoric of the “peace pipeline” actually matches the ground reality of energy security in its neighbourhood. 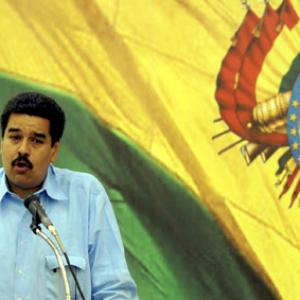 In PHOTOS: The man who will fill Hugo Chavez's boots 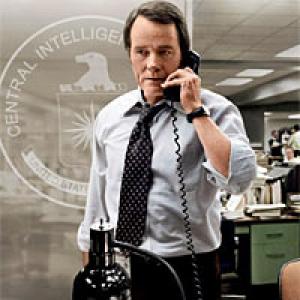