In the changed geo-political situation that India finds in the 21st century, defence issues and the armed forces both need careful nursing and due attention. One hopes we get a President who is competent to handle the duties as the Supreme Commander of the Armed Forces, says Colonel (retd) Anil Athale.

It is often forgotten that with the election of the President, the nation also chooses 'the Supreme Commander of Armed Forces'. The media is full of speculation about the choice of next President and various permutations and combinations being worked out.

The emphasis is on which grouping, the United Progressive Alliance or the National Democratic Alliance succeeds in putting its 'man' (or woman) in the Rashtrapati Bhavan as that is thought to be decisive for 2014 general elections when a likely fractured verdict may make the presidential inclination important.

The danger of having a President without stature or expertise in defence matters became quite apparent recently when the country witnessed a standoff between an army chief and defence ministry. A proactive 'Supreme Commander' was sorely missed. The developing situation in our neighbourhood -- the Afghanistan quagmire, an assertive China and world focus shifting to Asia -- all cry out for a structured relationship between the political masters and the military. The President may well have to play a crucial role in future as the 'supreme commander' of the armed forces.

The possible adversaries in our neighbourhood are basically ideological states with the military entwined with the political structure. In case of Pakistan it is often said that other countries have an army, but the Pakistan Army has a country. The People's Liberation Army of China is part of the party and government structure at all levels. Next to the Communist Party, the PLA enjoys a major clout in the administration.

The Indian armed forces on the other hand have a 'weak' structural relationship with the government with the bureaucracy and police having a disproportionate influence. The armed forces cannot ever compete with the district collector or police superintendent in influence over politicians, as both of them can make or mar an election.

In addition, the nearly 1.3 million men in uniform (and their families) through cumbersome electoral procedure are effectively disenfranchised. Most of us have voted for the first time only after retirement. The uniformed forces are therefore electorally irrelevant and nobody's 'vote bank'.

To compound the problem, a perception has been cultivated that India attained freedom 'solely' through peaceful means. The significance of the 1857 armed uprising, the role of the 'Azad Hind Fauj' and the naval mutiny in hastening the British departure (besides imperial fatigue, a faltering economy and American pressure) have never been acknowledged.

The older generation of freedom fighters looked at the armed forces with suspicion since they were perceived to have remained 'loyal' to the British till the end. Add to this the naïve faith in the doctrine of non-violence in the international arena and the historical Indian apathy to security issues (the rulers of New Delhi always woke up only when the enemy was at Panipat, or just a day's march away and never when he crossed the Khyber pass! Indian history can also be described as a chronicle of military disaster).

It must also be accepted that in the modern era, India has been a 'lucky' country that never saw devastations like the world wars. The post independence wars were all fought on the remote border with the average citizen seldom feeling the pinch. Statistically, the US that has a quarter of India's population, has lost over 6,000 soldiers and three times that number wounded in just the Iraq and Afghanistan wars! Indian casualties in comparison to its one billion population (versus American's 250 million) have been miniscule. The cumulative result of all these factors is that an average Indian takes security for granted and there is very little public interest in the matters of defence.

As mentioned earlier all this is poised to change in near term future as the fulcrum of world power shifts to Asia and India/China. All this cries for a President who has the stature and understanding of the security issues. One is NOT suggesting a military man for the job as the author believes that 'Wars are too serious a business to be left to the generals'.

In the past we have been fortunate to have a few Presidents who took this role seriously. Almost 50 years ago, Dr S Radhakrishnan as President played a major role behind the scene in ousting controversial Defence Minister Krishna Menon and General B M Kaul in the aftermath of the 1962 military defeat against the Chinese. Talking to this author in May 2003 (now late) Professor John K Galbraith (US Ambassador to India in 1962) recalled an interesting conversation between him and Radhakrishnan. The fighting was going on in the Himalayas and Galbraith asked Radhakrishnan about a rumour that General Kaul was taken captive by the Chinese! Dr Radhakrishanan replied wryly that unfortunately the rumours were not true.

Despite the all-powerful Jawaharlal Nehru's backing, the President forced the ouster of both Menon and Kaul. R Venkatraman and APJ Abdul Kalam, are two others that come to mind. But unfortunately presidential intervention and role has been a rarity in India. In fact there were Presidents who in their entire tenure hardly visited any military stations! The political diarchy in Delhi has played havoc with the economic and political decision making, one can only hope that the disease does not afflict defence.

In the changed geo-political situation that India finds in the 21st century, defence issues and the armed forces both need careful nursing and due attention. One hopes that the electoral college for the next presidential poll will keep this in mind and elect a President who will be both capable and interested in carrying out his duties as the Supreme Commander of the Armed Forces! 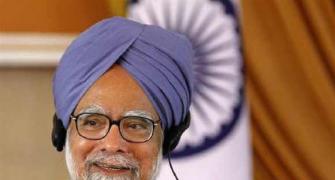 Make Dr Singh the President and Priyanka, the PM
India is facing a crisis of leadership 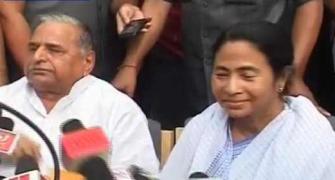 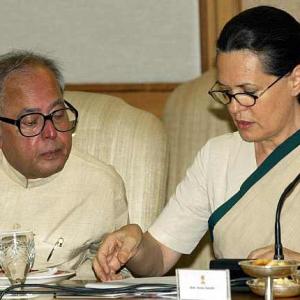 Analysis: Who will become the next President of India?