'The BJP's use of nationalism was a major factor in its likely victory,' says Colonel Anil A Athale (retd). It was a bleak and cold December morning in Delhi in 1962. The policeman on duty saw an old farmer couple approach the gates of Teen Murti House, then prime minister Jawaharlal Nehru's official residence.

The old man clutched a bundle of papers in his hands and wanted to see the prime minister. The sentry at the gate told him that whatever his demands, he must go to the office and not disturb the PM at home.

The old man's reply stunned the sentry. He was not there to demand anything from the PM, but had the papers of his land that he wanted to gift to the national defence fund!

This was not an isolated incident in the winter of 1962 when in the wake of Chinese aggression, India saw an unprecedented upsurge in nationalism. There are numerous stories of women giving up their mangalsutras for the national cause.

Studying the 1962 conflict with China and its aftermath for the ministry of defence, I came across many such instances. The political impact and pressure from the cadres was such that Tamil Nadu's Dravida Munnetra Kazhagam, then led by the immensely popular C N Annadurai, was forced to give up its secessionist plank.

In the aftermath of this huge national upsurge, Nehru decided to dissolve the National Integration Council, as it was felt that there was no more any need for it.

Cut to the 1984 election. Under Rajiv Gandhi the Congress secured an unprecedented 405 seats out of 542, a feat not achieved even by his illustrious mother Indira Gandhi or his grandfather Jawaharlal Nehru.

The victory was achieved in the wake of Indira's assassination by her bodyguards on October 31, 1984, when a majority of Indians felt a threat to the nation's survival.

It was intense nationalism that propelled Rajiv Gandhi, a political novice, to the unprecedented mandate.

As a historian I have quoted these examples to show that nationalism is a potent sentiment in India. But this is missed by many serious analysts.

I recall that in December 1984, an American scholar of repute met me in Pune. He was in India to observe and predict a likely outcome of the national election. In a casual conversation he predicted a wafer-thin majority for the Congress.

I had occasion to attend Rajiv Gandhi's election rally at Shivaji Park in Mumbai. Anyone who knows Mumbai is aware that this vast park is seldom filled to capacity. But Rajiv's meeting was an exception and Shivaji Park was filled to the brim. Not just that, there was a tremendous mass connect with Rajiv.

The reason to recall all this history is that with the exit polls out on May 19, most pollsters predict a National Democratic Alliance victory. Narendra Damodardas Modi undoubtedly used the Balakot retaliatory air strike against Pakistan to stoke nationalism in his favour.

The Opposition's cry of 'misuse' of the name of armed forces appears to have cut no ice with voters. If Indira Gandhi could claim credit for the 1971 victory, on what grounds could the Opposition deny that same logic in Modi's case?

While an efficient campaign, greater resources with the BJP as well as the rise of the middle class are certainly some reasons for the likely favourable outcome for the BJP, the tendency of some analysts to discount nationalism as a factor in the election seems to have been proved wrong.

Suffice to say that the BJP's use of nationalism was a major factor in its likely victory. 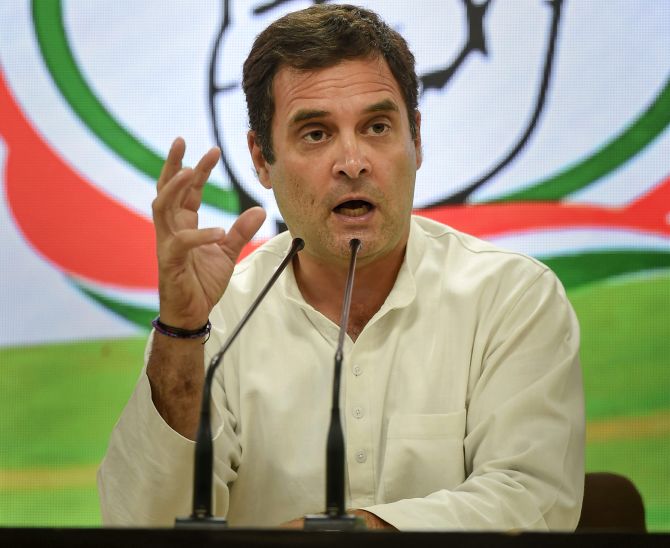