News
Business
Movies
Sports
Cricket
Get Ahead
Money Tips
Shopping
Sign in  |  Create a Rediffmail account
Rediff.com  » News » The Dragon in the Valley

It has been obvious that the Sino-Pak axis would conspire to weaken India's sovereignty in Jammu and Kashmir, if not wrest Kashmir, says David Devadas. 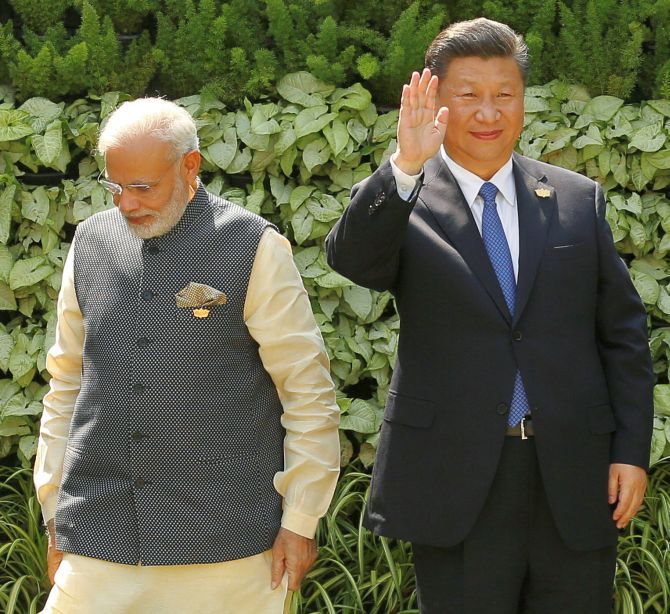 The government finally appears to have got some measure of the severity of the crisis that faces India.

It took the feisty Jammu and Kashmir Chief Minister Mehbooba Mufti to finally point at the Dragon in the room.

Mehbooba announced on Saturday, July 15, morning that China was 'intervening' in Kashmir.

Tragically, it was not until China used the Doklam standoff to explicitly state that it could intervene militarily in Jammu and Kashmir that the country's vast web of think-tanks, security analysts, intelligence honchos, officers, and politicians figured out that this was possible.

It is tragic because China's role has been clear since it stated that the state was disputed and that it had a place at the negotiating table.

It said this in 2009, when it had briefly stopped giving visas to Indian passport holders from the state.

It has been obvious since then that the Sino-Pak axis would conspire to weaken India's sovereignty in Jammu and Kashmir, if not wrest Kashmir.

I have argued since 2011 that policymakers must urgently take steps to make it tough for China to use street rage in the Kashmir valley to try and territorially alter India -- or even wage war on India.

Until even a month ago, policymakers and security wonks still did not seem to have cottoned on to quite how deeply intertwined the demonstrations and militancy in Kashmir are with China's objectives in the subcontinent.

My take is that those who refused resolutely to connect the dots over the past several years should be investigated for treason.

A recent statement from the official spokesman of the Lashkar-e-Tayiba was like a slap in their collective face. It explicitly acknowledged China as the dominant power in the subcontinent.

This, mind you, is Lashkar-e-Tayiba, the undeclared parallel army of the Pakistani State.

All our presumed security wonks failed to understand the significance of China blocking the United Nations from listing Tayiba founder Muhammed Sayeed as a terrorist.

It turns out that the Dragon was not just doing a diplomatic favour to its all-weather ally, Pakistan.

Lashkar may turn out to be a key power centre in the Sino-Pak duo-State -- in parallel with, rather than through, the Inter-Services Intelligence.

It is truly tragic that our security wonks -- particularly the ones who pride themselves on leading India to a strong and defiant presence on the world stage -- don't seem to see beyond the hoopla of paper statements, virtual trolling, and other kinds of optical chimeras.

In that context, the government's decision to bring the Opposition on board before offering talks is very welcome. Cohesive national resolve is vital at this time.

The government must guard against knee-jerk responses to this grave challenge to national security and integrity.

It must be very wary that it does not unwittingly follow its opponents' preferred game-plan.

In this light, decision-makers should be wary of any move that goes through too easily, for it might turn out to be a trap.

Since our security wonks remained oblivious to the dimensions of the unfolding threat for far too long, India's opponents have had plenty of time to lay traps.

Having missed a golden opportunity when Modi came to power, and another great opportunity after the Bharatiya Janata Party signed up for a far-sighted 'agenda of alliance' when it formed a coalition with the Peoples Democratic Party, its current talks initiative should not be perceived by the country's opponents as a move made out of weakness.

The situation has become a minefield since 2015. I have repeatedly pointed to the emergence of the China-Pakistan Economic Corridor on the world's consciousness and the eruption of agitations in Kashmir following the killing of Hizbul commander Burhan Wani as the greatest coincidence of last year.

David Devadas is a Srinagar-based journalist. 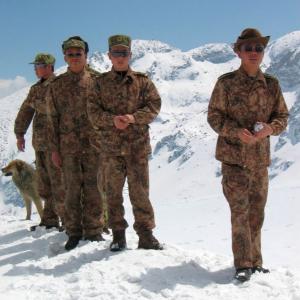