This cult of speed reaches its crowning glory during that peculiar Indian spectacle called medical camps.

Medical camps are an activity in which doctors from cities travel to underserved areas, often on weekends, where the poor are then herded in hundreds for deliverance, photo-ops and freebies.

In their more evolved form, there are surgical camps where bewildered and overawed patients are put onto operating tables and, much like an assembly line, a series of operations are performed in rapid succession. The surgical instruments are often magically sterilised in minutes between procedures, says Dr Sanjay Nagral. 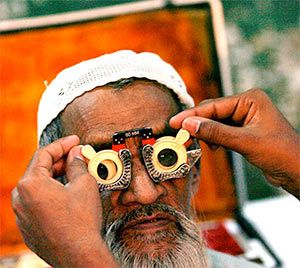 Image: A man gets his eyes tested at a free eye care camp in Mumbai.
Photograph: Arko Dutta/Reuters

As a medical student in the eighties, my earliest exposure to the dramatic world of an operation theatre was in the department of gynaecology at Mumbai's G S Medical College.

Those were the days when famous gynaecologists removed uteruses with a flourish and elan that was the stuff of legend.

They were also the times when family planning was the national ideology. Tubal ligations, or TLs if you used hospital lingo, were performed by the dozen. Women with more than two children had to undergo TL as part of a deal in order to register for their delivery in the department. ()

Since laparoscopy had not arrived on the scene, the operations were usually done through an open surgery, but with a small incision.

Even today, the classic TL scar, a one-inch long line in the midline below the navel, stands out on many an Indian woman's abdomen in mute testimony to those days.

If there was one more thing I remember about the surgical activity in that department, it was the focus on speed. I recollect how we were in awe of senior surgeons performing hysterectomies remarkably fast.

The amount of time it took for a gynaecologist to accomplish a hysterectomy was a big talking point among postgraduate trainees.

There was the quick 20-minute hysterectomy and five minute tubectomy professor who was a role model. I vividly remember a young trainee bragging about how he could perform a tubal ligation in 10 minutes, as he had learnt the tricks from the master.

Soon, I too embarked on a career in surgery.

It didn't take me long to realise that the speedy performance of a surgical procedure was what separated the men from the boys.

Some senior surgeons in my department were famous chiefly for their quick removal of the appendix or the gall bladder. One of them would order a cup of coffee and, by the time it was served, would remove a gall bladder and be out of the operation theatre to sip it whilst it was hot.

Or so the stories went.

I recall the time I did a house job in an ear nose throat department where the operation lists included a large number of tonsillectomies, a fashionable operation in those days. As junior trainees, we were ordered to wrap up at least five to six procedures in less than an hour before the senior surgeon arrived for the more complex cases. (Tonsillectomy is a surgical procedure to remove tonsils.)

Later in my career, during a residency at the Tata Cancer Hospital in Mumbai, a surgeon was known for the feat of doing a mastectomy for women with breast cancer in less than an hour. He was actually known as the one-hour mastectomy surgeon. (Mastectomy is a surgical procedure wherein one or both breasts are removed, either partially or completely. Hollywood actress Angelina Jolie underwent a double mastectomy earlier this year.)

All in all, as I look back on my training days, speed in surgery was equated with certainty and confidence, which in turn was a marker of success and accomplishment.

Speed and numbers continue to remain a critical part of the ethos of Indian surgery. It still occupies a big part of the construct of a successful surgeon.

In India, this also mutates into a peculiar penchant for records. Indian surgeons are credited with achieving a large number of world records, which are usually chronicled in record books like the Limca Book of Records or the pages of newspapers.

Most of these involve curious achievements like the highest number of kidney stones removed, the largest abdominal tumour removed and the maximum number of swallowed pins removed from a child's stomach.

Amongst the more well-known Indian contributions to the record books is the largest number of cataract operations in a day.

Surgical workshops in conferences where expert surgeons perform 'live' operations on a big screen are the main draw. Such workshops are especially popular in laparoscopic surgery, where heroic surgeons perform complicated procedures through the laparoscope and are greeted with thunderous applause.

This prowess of speed and numbers is regarded with a certain reverence even in the popular imagination. Patients and their family members are often impressed by quick surgeons who claim big numbers.

This cult of speed reaches its crowning glory during that peculiar Indian spectacle called medical camps.

I must confess that, in my younger days, I was part of this circus on more than one occasion.

This is an activity in which doctors from cities travel to underserved areas, often on weekends, where the poor are then herded in hundreds for deliverance, photo-ops and freebies.

In their more evolved form, there are surgical camps where bewildered and overawed patients are put on operating tables and, much like an assembly line, a series of operations are performed in rapid succession. The surgical instruments are often magically sterilised in minutes between procedures.

The evening usually ends with a self congratulatory atmosphere where the local politicos, doctors and local organisers sing praises of each other and pose for the media.

The next day local newspapers carry reports of the successful camp that cured a thousand patients of, perhaps, all their illnesses.

Historically, this was the arena of cataract surgeons. Then it was family planning operations. Slowly, it evolved into other areas like cancer, cardiac and, now, it is laparoscopic surgery as well.

To be fair, the fascination for speed and numbers is common to surgery all across the world.

As a surgeon I must admit that there is something intoxicating about the performance of a quick operation.

The nature of the surgical act makes it prone to an emphasis on performance and style. It is also a heavily male dominated specialty and therefore has the additive of masculinity. As opposed to 'gentle but indecisive' physicians, surgeons are described as 'tough and decisive'.

In parts of the world, however, the focus of contemporary surgery is slowly shifting to safety and quality.

Given the tightly regulated nature of health systems in some countries, surgical outcomes are now under intense scrutiny. In India, where the slogans of quality and safety in health care are as yet largely a spin, there is almost no data on surgical safety and outcomes.

This exhibitionism of health care reflects an even deeper crisis.

Firstly, there is almost no science or research that can make a medical professional career space meaningful.

Low-key service is becoming increasingly irrelevant and hardly recognised. One has to do something spectacular to be noticed and accepted, especially in market medicine. Hence speed, numbers, records and awards have come to occupy centre stage. This has become the role model for young surgeons as it seems essential of career advancement.

Laparoscopic surgery, a technique supposed to make surgery less invasive, offers additional elation and the kick of technology. It does reduce the incision and hence post-surgical pain, but puts extra demands on expertise and safety.

It has its own set of disastrous complications. However its futuristic makings has found quick acceptance among surgeons and patients alike.

Thus, when the cocktail of speed, numbers and technology like laparoscopy converges in the unfettered amphitheatre of tubectomy camps, a disaster is like a high speed pileup on a six lane expressway. 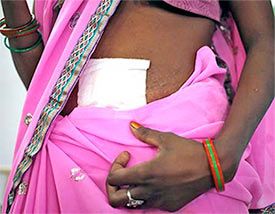 Image: One of the women who underwent sterilisation surgery at the Chhattisgarh camp that lead to at least a dozen deaths.
Photograph: Anindito Mukherjee/Reuters

Within hours of the news of the Chhattisgarh deaths breaking out, the practised response of the standard actors unfolded in the anticipated pattern. (Laparoscopic surgeon Dr R K Gupta conducted sterilisation surgeries on 83 women at a state-run camp that led to the death of 12 women in Pendari village in Chhattisgarh's Bilaspur district).

There was outrage in the national media and in the television studios.

The suspensions, enquiry, compensation and hospital visits by dignitaries protocol was instantly activated.

The customary political shadow boxing, with the Opposition parties baying for the blood of the ruling party, which in turn asserted that the guilty would be punished, was also enacted in its usual form.

The surgeon and other medical officers were arrested.

A high level probe was ordered.

A team from Delhi flew in.

News has come in that the deaths were probably related to drug contamination.

There is outrage in the medical profession that the surgeon is being targeted. The Indian Medical Association has called for a bandh to protest Dr Gupta's arrest.

If the investigations continue seriously, we may have a better picture as to what exactly killed these women. But I doubt that. There is no Justice Lentin here who meticulously and doggedly investigated the glycerol tragedy in Mumbai's J J hospital in 1986 and brought the culprits to book.

The myriad intertwined factors that conspire to create such a catastrophe are, of course, more than just drug contamination.

The continuing obsession with surgical family planning procedures, the resultant targeting of poor women for tubectomies, sterilisation targets set by the state, the 'camp' approach to health care have facilitated this tragedy.

These issues have been highlighted, researched and even legislated umpteen times.

It is worth noting that part of the problem is a machismo culture that lionises speed and numbers. And mindlessly colludes with State diktats to satiate its surgical craving.

Dr Gupta, besides being the state's blue eyed boy, was also a hero in the surgical community.

In the not-so-distant past, he was even felicitated by the Chhattisgarh government on Republic Day. I am sure he demonstrated his skills at surgical conferences to applause and adulation. Who knows, he was probably in line for a Padma award! And if the drug contaminant had not got in the way, we would have had another world record from India.

In a few days, the families of these unfortunate women will be abandoned to face their colossal personal tragedy alone. They may even slowly forget their grief as they return to their daily life of struggle.

Dr Gupta will be released.

In a sense, the situation will return to normal.

In the meanwhile, somewhere in the country, in a gynaecology department, when a surgeon brags about doing a TL in 10 minutes, how will his juniors respond?

When the Limca Book of Records gets an entry for the largest number of operations of some sort, how will they react?

When your daily news paper reports surgical feats, how will you respond?

These are the questions that may decide whether killing women will continue to be a macabre way of sterilising them.

Dr Sanjay Nagral heads the department of surgery at the K B Bhabha Municipal General Hospital and is the consultant hepatobiliary surgeon at Jaslok hospital's department of surgical gastroenterology, both in Mumbai. 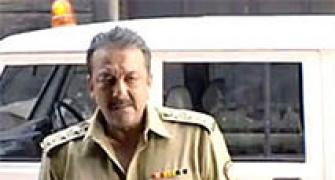 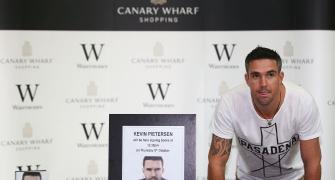 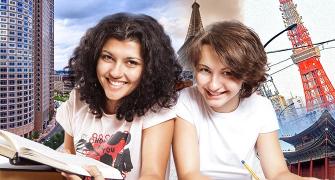