Strange Salman, the Saudis and Kerala

The Saudi leaders were willing to walk the extra mile to solve India's problem, but the external affairs ministry in New Delhi wanted to dawdle.

Why did External Affairs Minister Salman Khurshid not find time for his Saudi counterparts, and that too on a matter that is of great interest to Indians, asks T V R Shenoy.

Could Salman Khurshid go down in history as the man who lost Kerala for the Congress?

While in office as India's external affairs minister for fewer than six months -- he assumed the post on October 28, 2012 -- Khurshid's tenure has been markedly stormy. Pakistan is a bad neighbour and no Indian statesman or diplomat has figured out quite how to handle it, while the DMK and the AIADMK made all the running over Sri Lanka's treatment of its Tamil citizens, but his ministry has been remarkably clumsy about Kerala's sensitivities.

Three words say it all. The first two are 'Italian Marines', and the last is 'Nitaqat'. The former are self-explanatory and I shall not bother you with a twice-told tale, but the latter requires a little explanation.

Saudi Arabia, for all the rising petroleum prices, is not immune from economic crises and the discontent that these cause. The reasons are complicated -- and irrelevant to the thrust of this column -- so suffice it to say that unemployment in Saudi Arabia has reached crisis proportions.

A study by Saudi Arabia's Central Department of Statistics and Information has concluded that the unemployment rate in 2012 was a whopping 12.2%; to put it another way, roughly one out of every eight Saudi citizens of working age does not have a job.

Completely unofficial estimates say the unemployment has risen above 30% among Saudi males in the twenties.

In February Prince Al-Waleed bin Talal, himself one of the richest men on the plant, publicly warned that 'unemployment in Saudi Arabia is definitely a time bomb', and called for replacing foreign workers with Saudi citizens.

The government of Saudi Arabia, which had earlier tried to implement a policy of 'Saudisation' with limited success, is now committed to a more drastic measure called 'Nitaqat'.

Meaning 'ranges' in Arabic, 'Nitaqat' categorises all enterprises in the kingdom as 'Very Small', 'Small', 'Medium', 'Large', and 'Very Large' based on the number of employees.

While those classified as 'Very Small' --- those with fewer than ten employees -- are exempt, it is mandatory for the others to reserve a specific proportion of jobs for Saudi citizens, rising from 5% to 24% for 'Small' enterprises all the way up to 8% to 30% for 'Very Large' firms.

The nature of the jobs -- not just the numbers -- will also be taken into account, but that is a complication for another day.

This obviously means that some firms will be forced to lay off foreign workers. Equally obviously it means that the government of Saudi Arabia will be conducting checks on all businesses to see if they are obeying the law.

And between them this has set off a near panic in Kerala, particularly in the vast pool of workers classified as 'unskilled' or 'low skilled'.

This is understandable. It will take years of training -- if ever! --- to replace, say, nurses from Kerala with those from Saudi Arabia, but it takes little or no training to mop floors or to stock grocery shelves.

There is also the danger, from the perspective of an illegal immigrant, that spot checks will turn up the fact that many are working without the proper papers.

Either way, there is widespread apprehension in Kerala that many Keralites will be turfed out of Saudi Arabia, which in turn will have a ripple effect on the economy of the state.

While Saudi Arabia employs roughly six million foreigners in various service sector jobs Keralites account for over half a million of these. The latest statistics -- two years old -- give a figure of 570,000.

To cut a long story short, probably no other place on earth will be as affected by the 'Nitaqat' regulations as Kerala.

Part of the panic in Kerala is irrational. According to my sources nobody from Kerala has sought assistance from the Indian embassy in Riyadh. The bulk of Indian citizens fearing deportment is apparently from Uttar Pradesh and its neighbours.

Again, while the Saudi government is strict it is neither inhumane nor irrational. Saudi Arabia has a just estimation of the value provided to its economy by Indian expatriates. Which is also perhaps less turbulent than workers from, say, Pakistan. The government of Saudi Arabia thus let the Government of India know that it was prepared for serious discussions.

This is where Salman Khurshid and his bureaucrats came into the picture. Incredibly, the external affairs ministry apparently told the government of Saudi Arabia that the minister could not meet before May 24.

In other words, the Saudi leaders were willing to walk the extra mile to solve India's problem, but the external affairs ministry in New Delhi wanted to dawdle.

The situation was saved by Vayalar Ravi, minister for Overseas Indian Affairs, who persuaded the bewildered, and slightly annoyed, Saudis to let him lead a delegation on or before April 26. Even so, time, if not goodwill, has been unnecessarily wasted.

I simply do not understand the stand-offish attitude adopted by the external affairs ministry.

Let us assume that Salman Khurshid has little understanding of how the 'Nitaqat' regulations may affect Kerala's economy. But, as the MP for Farrukhabad in Uttar Pradesh (where most illegal immigrants from India in Saudi Arabia might hail from) does he not understand the repercussions on his own state?

Laying aside the human costs, surely somebody in the external affairs ministry appreciates the value of the relationship with Saudi Arabia?

The kingdom supplies almost one quarter of the oil that India imports. Its government, largely speaking, sees eye to eye with India on the issue of terrorism.

And while bilateral trade with the United States stands at about $63 billion that with Saudi Arabia, a far smaller population than America's, has already crossed $25 billion.

There are sound strategic and economic reasons for cultivating Saudi Arabia. And yet the external affairs minister, despite Parliament being adjourned from March 22 to April 22, could not find the time for his Saudi counterparts, and that too on a matter that is of greater interest to Indians?

Some say there is a silent turf war going on in the external affairs ministry in New Delhi, between the senior minister, Salman Khurshid, and his minister of state, E Ahamed of the Muslim League, who represents Malappuram in the Lok Sabha. This may be an explanation of the peculiar behaviour, but it is certainly no excuse.

The external affairs minister has always been quick to respond to any problem in relations with the United States and Western Europe. This is in stark contrast to his laid-back approach over the more immediately pressing concern of the 'Nitaqat' regulations in Saudi Arabia.

Foreign affairs have never cast a shadow over elections in Kerala. But the (still simmering) anger over the Italian marines coupled with the 'Nitaqat' issue could change all that come the next general election.

The latest on the Italian marines case is that the Manmohan Singh ministry is refusing to reveal the details of the agreement with Italy; doing so, it says, will violate India's sovereign rights. Does that make any sense?

Will Salman Khurshid be the man whose indifference cost the Congress in a close-run poll where every seat counts? 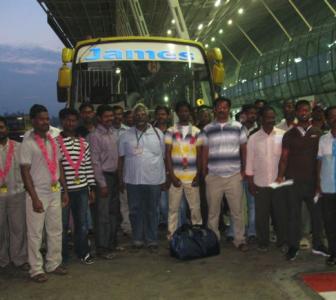 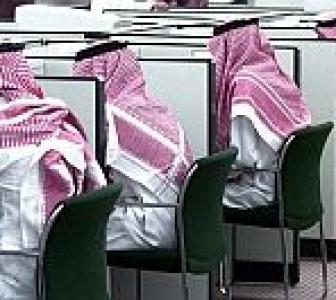 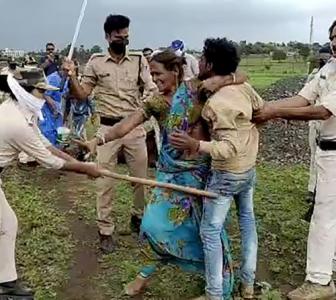 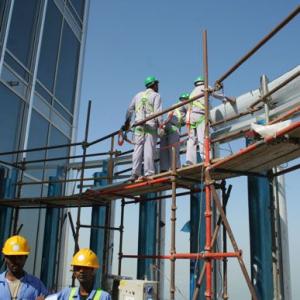 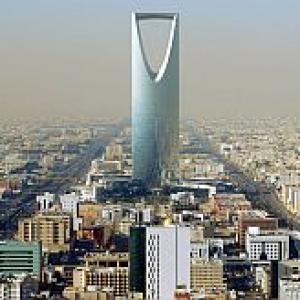