By B Raman
January 05, 2013 20:05 IST
Replace the Delhi police commissioner and treat the juvenile accused of gang-rape of the 23-year-old braveheart with the same severity as adults, says B Raman

Two points need quick action in the wake of the gang-rape in New Delhi on December 16.

The first is the removal of the Commissioner of Police of Delhi and his replacement by a competent officer from outside the Delhi cadre of the Indian Police Service.

Neeraj Kumar, the present commissioner of police, has shown neither leadership nor signs of concern and shame over the failure of his force to protect women from crime and respond energetically to follow-up action after the rape of the braveheart. Moreover, under his command and control, the police force failed to show sensitivity and sophistication in dealing with thousands of young people who spontaneously protested against the rape.

In his various interactions with the public and the media after the gang-rape, one did not notice the remotest sign of contrition in him. One has been shocked and filled with indignation over the allegations that the Delhi police led by him has been trying to harass a TV channel for telecasting an interview with the friend of the Delhi braveheart.

If he continues as the commissioner of police, one can neither expect a thorough inquiry into the deficiencies of the police in connection with the gang-rape nor vigorous action to improve the future capability of the police to protect women against crime. An officer, who is so smug and satisfied about his performance and that of his force, cannot be expected to act vigorously.

It is, therefore, important that he should be replaced immediately by a competent officer from outside the Delhi IPS cadre, who can be entrusted with the responsibility for revamping the police force and improving its interactions with the public and the media.

The second point requiring urgent action is the examination of existing laws relating to the involvement of juveniles in crimes against women, particularly rape. Laws relating to juveniles give them the benefit of lenient treatment under the presumption that as juveniles they might not have been able to understand the gravity and consequences of their participation in crime.

One can understand such leniency in the case of juveniles involved in crimes like pocket picking, theft, robbery, letting themselves be used for murder etc, but the benefit should not be extended to juveniles participating in the rape of a woman.

One of the accused in the gang-rape case is a juvenile, who allegedly raped the girl twice and then caused severe injuries to her intestines. How can he be described as incapable of understanding the gravity and consequences of his action?

Rapes should be exempted from the leniency provisions for juvenile criminals. They should be treated with the same severity as adults.

Law does not permit retrospective enactments to enhance punishment. The juvenile involved in the gang-rape cannot normally be covered under any new laws.

How to do so? This question must be referred as a specific term of reference to one of the commissions set up by the government to look into the gang-rape -- possibly to the Justice Verma Commission.

(The writer is additional secretary (retd), cabinet secretariat, Government of India, New Delhi, and, presently, director, Institute For Topical Studies, Chennai, and associate of the Chennai Centre For China Studies.) 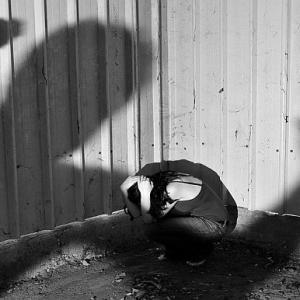